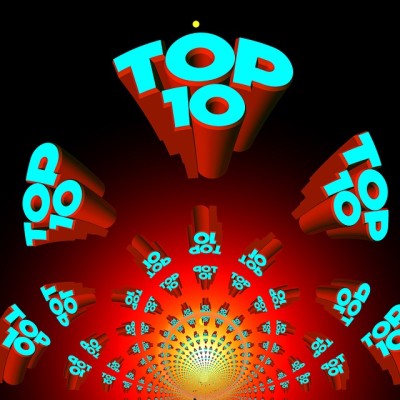 Out of all the films I have watched, (and reviewed) these remain as personal favourites.

Uncle Brian – First one I got to check out, and I quite liked it. Showing that everyone has struggles at times, Brian is an alcoholic teen with a thing for drinking coke and rum regularly, as well as having sex with all kinds of women. I liked this movie because even though it gets pretty dark and edgy, it was very well put together. A lot of people go through personal issues as I know, and Brian’s are somewhat familiar among most people.

One Week – Ben Tyler wants to figure out the meaning of life. So he goes on a journey all around Canada checking out different landmarks and meeting all kinds of fascinating people. Another film that spoke to me about how life is a struggle. But I personally liked this film because the documentary style drama was a breath of something else for me.

Mountain Men – It’s not often one gets the chance to see a film before it’s released in several other provinces. Mountain Men tells the story of two brothers who go to their dead father’s cabin for some bonding time. But one disaster leads to another and escalates into a survival adventure as the two brothers must learn to cope with each other’s traits. Mountain drops, pot cookies, and a makeshift sled are all part of the crazy time they share.

The Harvest Project – Awkward yet interesting film about organs on the black market. There was once this crazy young doctor who hung out at clubs, and if you were taken back to his place for the night, you’d wake up the next morning in a bathtub full of ice, with both your kidneys gone. Yeah, this was a slight horror flick as well, but that’s what made the subject matter more interesting.

3 Days in Havana – An adventure film about a vacation to Havana gone horribly wrong. When Jack Petty is getting hunted down by an unknown assailant, his vacation goes from slightly bad to worse. That fortuneteller wasn’t lying. I enjoyed this because it was almost a basic buddy cop film in the middle, then the action as well as setup in the scenes made for more intensity.

Fetching Cody – If you had a time machine, where would you go? Shot in Vancouver, young delinquent Art goes back in time to save his comatose girlfriend, trying to get there before all the bad things happened in her life and reverse them. But just how much effect do they have is the question. This was a nice science fiction that told a slightly different story but was still interesting. It also captured some of Vancouver’s interesting side with the strange personalities.

Hyena Road – Canadian soldiers go to Afghanistan to build a road, but the locals refuse the offer, assaulting the soldiers. And there just so happens to be a mysterious stranger with two different coloured eyes. This film felt very realistic and while action was confusing at times, I still enjoyed this (probably more than the five other people in the theatre with me)

Souffle au Chocolat – One week’s vacation on  Galiano can really change things for everyone at times. Like how a perfect relationship can be altered by someone you have just met. All because of a delicious chocolate souffle in a little corner of paradise. While the story was slow, the plot still managed to get by and the film had its moments.

Victoria – What if a full length feature could be done in one take? Okay, that has been done before, but this was something better than the last couple of ones. Victoria tells the story of a young girl who moves to Germany  and gets more than expected while enjoying the nightlife. Who would’ve thought she would get involved in a bank robbery and have to escape all kinds of trouble just because of some goons she met? I like how seamless this movie was. And the improv was barely noticeable, it seemed way too real.

Brooklyn – Truly the greatest film I’ve ever seen. A love story where girl meets boy. Irish girl Ellis has a chance to work in U.S.  as a “shopgirl” where she meets a handsome Italian dude. Her life seems almost perfect, but at times she misses her home country. This was so artistic and beautiful, and it reminds me of why VIFF was so amazing. Some people cried from the beauty of this rare gem.