Hollywood North Magazine publishes articles on the Canadian film industry five days a week, highlighting homegrown and independent film and television projects, both local and country-wide. We have been hard at work since 2015 providing readers with reviews, interviews, event coverage, and announcements on Canadian film work both locally in our location of Vancouver and all around the country of Canada. Nick Wangersky, an artist, writer and filmmaker is a graduate from the Art Institute of Vancouver. Nick has expanded his horizons with the help of several filmmaking groups in Vancouver. Currently, he writes event summaries, interviews, and reviews along with the occasional announcement. Aside from writing, Nick spends most of his time acting and helping out on independent film sets every now and then. 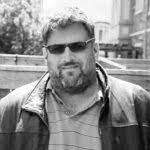 Myles Shane is a veteran journalist  and has covered the entertainment industry for many years.  He’s also produced and written content for companies like Bell Media, A&E, AETN and Canal Plus. Myles was a co-founder of the Levi’s International Teen Movies Festival (first festival for only teens to produce films.) His career started as an Associate Producer with ABC NEWS in New York city where he developed stories for Diane Sawyer and Sam Donaldson at 20/20 and Prime/Time Live.

One thought on “About”