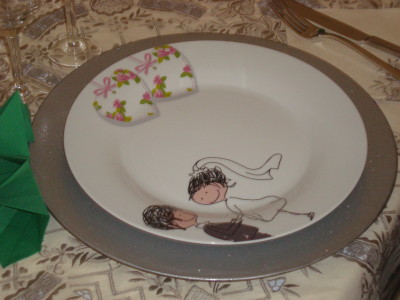 A touching love story with dramatic feel and a little bit of comedy. The film is all about a couple, Dan (Ryan Fisher) and Hannah (Nika Mistruzzi).

The majority of the film is narrated by Kevan Brighting who speaks in an amazing voice as he describes how Hannah feels about the invite. When Dan first calls her, she’s surprised. Especially since he can’t cook. But anyways, Hannah takes the subway/train to his home pondering the possibility of Dan asking her the big question regarding engagement. Because hey, every single person has been thinking of the age old marriage question. Hannah also starts pondering what will happen when she gets married, what she will have to put up with, how to deal with things, etc. She reflects on her childhood, remembering how her parents always told her to keep quiet while they had dinner parties, remembering when and how she met Dan, and that he managed to hit it off pretty well with her parents due to him and Hannah’s father (Rick Cordeiro) sharing interests together.

Hannah finally makes it to Dan’s place and reads a book while waiting for dinner to be finished. He serves up fish and finally gets ready to make an important announcement, but tells here something rather different.

I wasn’t expecting much from this since it was only nine minutes long, but I didn’t expect a story ending as heartwarming as that one. The whole concept was interesting, Hannah’s imagination sequences were a bit on the humorous side, and I really liked how this whole movie turned out. Very professionally done and the use of the epic narration made it all more interesting to watch.