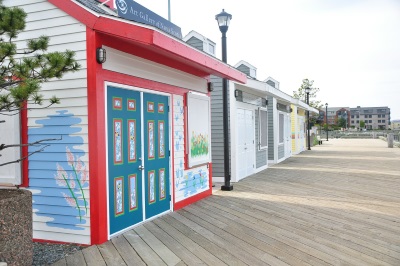 The full program for the 35th Atlantic Film Festival has been released. The Festival will present over 200 films and many other special events. What makes this year’s offerings stand out? According to the Executive Director, it’s diversity — enabled by technology.

“Our audience will find that in this year’s program in particular the diversity of culture and community is on display like never before”, said Wayne Carter, Executive Director. “As new technology changes allow filmmakers to create their stories in more austere circumstances the incredible effect is the ability to hear a broader range of voices from around the globe. “
Earlier today, we mentioned two of the films on the lineup — the short The Singing Lumberjack and the Claymation comedy Sexy Laundry — and we’ve also told you about Paul Gross’ Hyena Road, also set to screen at Calgary International Film Festival.  These are just a little of what’s on offer. The Spotlight Gala will feature Into the Forest, written and directed by celebrated Canadian filmmaker, Patricia Rozema and starring Ellen Page and Evan Rachel Wood.  French-language films from around the world will also play.
AFF takes place in Halifax, September 17-24. More information on the Festival is available on its official site.