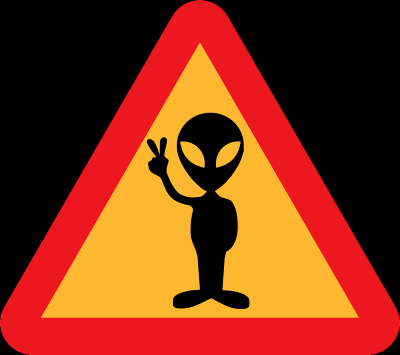 Don’t be misled by the title, it sounds like some B movie from a drive-in, but the B movie content is pretty low. Traveling Productions is at it again, with one of the stranger science fiction films, and one of its few in English.

Attack of the Brainsucker starts out with a little girl named Samantha (Keyanna Fielding) about to undergo an operation of some sort. Oh wait, automatic scene change to explain some backstory. It turns out Samantha is a big fan of B movies, something that her parents don’t approve of. Mainly because they consist mostly of aliens killing people. Go figure.

After we check out her room full of alien drawings and other strange things, she is approached by a guest, her older brother Robbie (Alex Weiner). He’s just escaped from a mental institution and she won’t allow him to stay with her as he caused some trouble just by visiting her in the past.

Robbie wants to save Samantha from her parents claiming they are Brainsuckers. Yeah, her older brother just so happens to be mentally impaired. Things don’t get much better as he shows his face falling off, thanks to the art of prosthetics. Samantha refuses his offer just as an actual Brainsucker arrives. Or was this all just in her mind?

Anyways, skipping past the final scene, the film concludes with the fact that the the first trans orbital lobotomy happened in Washington on January 17, 1946. For over 30 years, many children were lobotomized until it was made illegal.

This was quite a thrilling little film to watch. It also showed just how crazy one little kid can go from a big accident. The scenery was well organized along with the camera angles. I also found it interesting that Samantha saw everything in black and white whenever a “Brainsucker” showed up, similar to classic B movies.