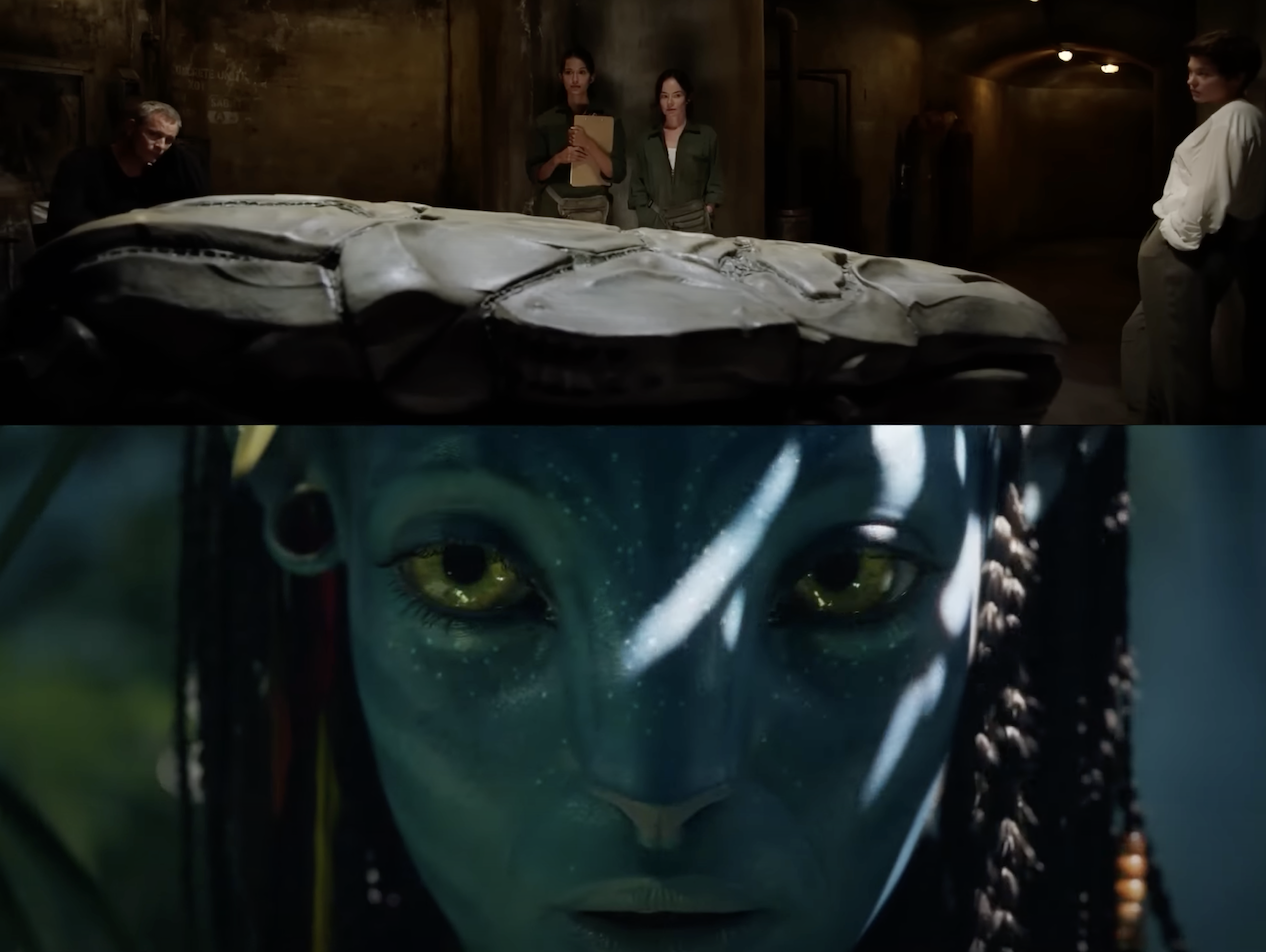 What are the odds! In the space of just three days film fans have been treated to the long-awaited trailers for arguably Canada’s two most legendary filmmakers, David Cronenberg and James Cameron.

Admittedly, the first teaser for Cronenberg’s upcoming film, Crimes of the Future, was released three weeks ago, and judging by the full-length trailer that came out on Friday, they made sure to focus on all the most disturbing imagery for the teaser before revealing the more dramatic events at play in the extended trailer.

Crimes of the Future is significant not just because it’s David Cronenberg’s first film since 2014’s Maps to the Stars, but it is Cronenberg’s first foray into the horror genre since his 1999 feature eXistenZ. Cronenberg’s visceral brand of terror is so influential that he has been dubbed ‘The Godfather of Body Horror’, given his propensity for depicting affronts to the body that would make even most the hardened of viewers squirm in their seat. However, much like George A. Romero, there is also a thematic purpose behind the gore and viscera, which is part of what sets Cronenberg apart from his contemporaries. Or indeed any director alive today.

Crimes of the Future’s first (and likely only) full-length trailer doesn’t just show Cronenberg embracing his horror roots, but it is shaping up to possibly be his most disturbing film yet, which is not something to be lightly stated. Even the most hardcore of Cronenberg fans will likely admit that Crimes of the Future’s initial teaser is an intensely disconcerting experience. The Ontario filmmaker makes it clear that he is taking full advantage of advancements in prosthetics and CGI since 1999 to fully realise what looks to be a beautifully twisted tale about Saul Tenser (Viggo Mortensen), a man who can internally reproduce bodily organs, turning the extraction of them into a performance art. Very Cronenbergian indeed, and with a release date of June 3rd, we won’t have to wait for long to see it.

The wait for James Cameron’s Avatar: The Way of the Water, however, has been something else entirely. Sure, David Cronenberg has not explored his twisted roots since 1999’s eXistenZ (even if it wasn’t his greatest achievement in science fiction horror), but ever the Renaissance man, we have at least seen him release three dramas in the time since James Cameron’s last directorial effort, 2009’s Avatar.

Not that Cameron has been twiddling his thumbs for the past thirteen years, having more recently produced and written the story for Terminator: Dark Fate. The long gap between the first entry in the Avatar franchise and its sequel largely comes down to the filmmaker waiting for motion capture technology to catch up to where he wants it to be. Textbook Cameron. However, this time around, as the newly released title of the sequel, Avatar: The Way of Water, suggests, much of the motion capture was done underwater, which is what has only become viable in recent years and was the central element Cameron wanted to capture in his sequel.

And boy, oh boy, does the trailer deliver on the underwater aspects, as well as other nuances of the CGI that show just how much of a visual upgrade the sequel is to its predecessor, leaving little doubt that this will be Cameron once again pushing the envelope of CGI almost forty years after he first release The Terminator. However, unlike Crimes of the Future, we must wait until its December 16th release date to experience it.

While there are many young, talented filmmakers coming out of Canada with each passing year, such as Domee Shi and Xavier Dolan, these past few days surely remind us that old school Canadian filmmakers still command a loyal fanbase, regardless of the gaps between their projects.