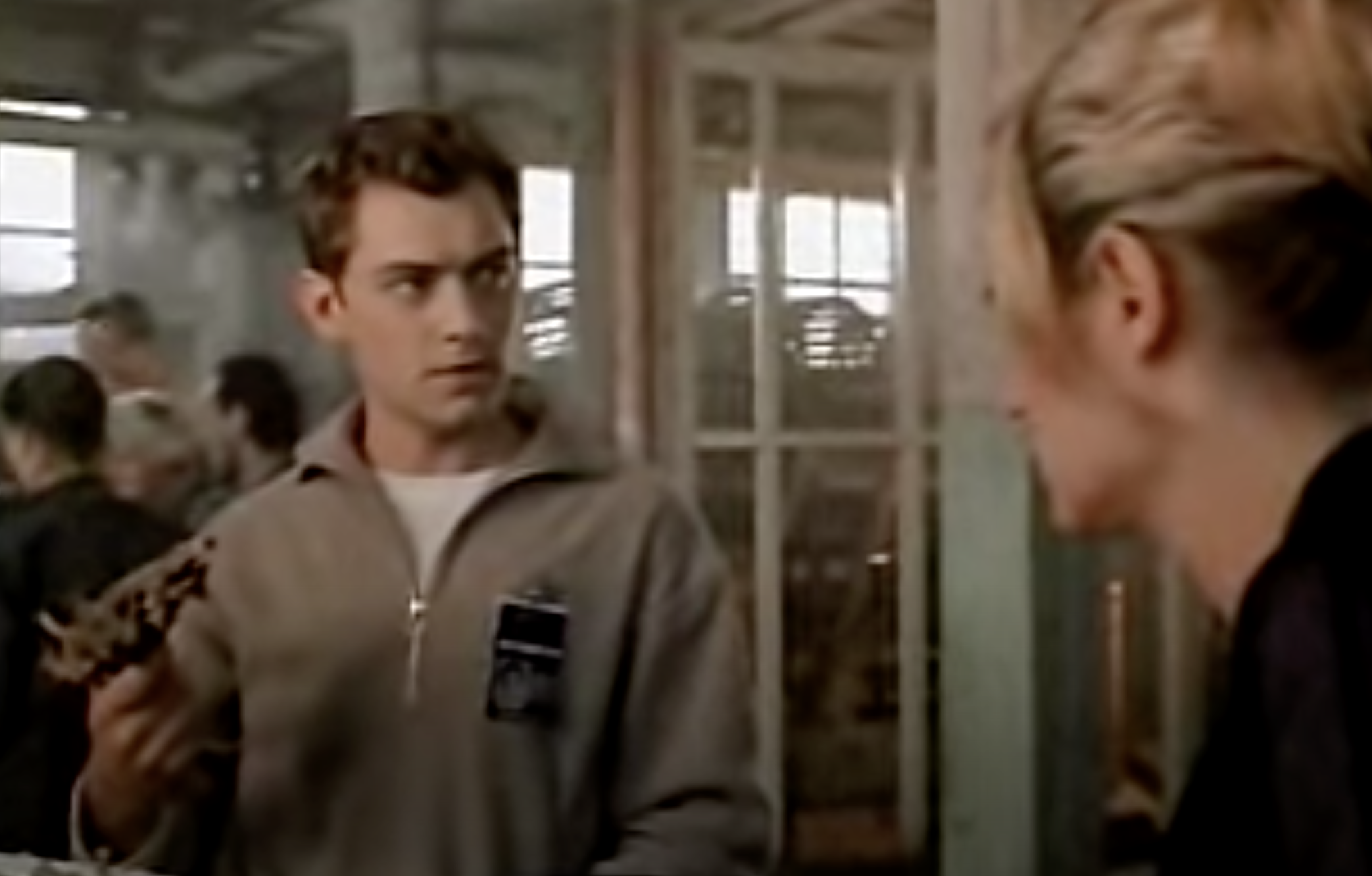 There are concepts in cinema so richly complex by nature that filmmakers revisit them again and again, from time travel and artificial intelligence to space exploration and extraterrestrial life.

One common thread they all share is that they all fall within science fiction, a genre David Cronenberg has explored several times throughout his career with classics like Scanners and Videodrome. Cronenberg’s 1999 feature Existenz, however, was his first foray into the genre since his 1986 masterpiece The Fly, while also entering new territory with his complex take on another science fiction favourite: the concept of reality.

Existenz opens during testing of the newest virtual reality game of the same name by renowned designer Allegra Gellar (Jennifer Jason Leigh). Volunteers are selected while her bodyguard, Ted Pikul (Jude Law) does security checks at the door to avoid corporate spying. However, when there is an attempt on Allegra’s life, the two are forced to flee while salvaging the famed game designer’s disturbingly organic gaming pod.

Before elaborating on what you surely know by now is a mindfuck of a story, it is worth commenting on the robustness of the cast, especially by today’s standards. While Leigh and Law as the leads bodes well already, there is an array of talent on show here, such as the legendary English actor Ian Holm; renowned Canadian character actor Callum Keith Rennie; future Dr. Who Christopher Eccleston; four-time Oscar-nominee Willem Dafoe; and Sarah Polley, who would later prove to be one of Canada’s most gifted filmmakers. The roles of some are more fleeting than others, but every actor makes their presence felt.

Regrettably, if the film itself is held up to similarly modern standards, then it is here that the cracks begin to show.

It is easy to see that Cronenberg is having fun with this material. Hammy accents, occasionally stiff dialogue, and tantalising set design toy with the audience’s own perceptions of reality to dizzying effect, yet too often does Cronenberg overplay his hand, removing much of its bite in the process.

In fact, Existenz’s pacing can leave a lot to be desired, with the likes of The Matrix (which was released the same year) and Joker doing much better jobs at straggling the line between reality and fiction. It doesn’t help that the closing scene feels more than a little tacked on, while also undoing the bulk of the character work up to that point. That being said, the final scene is, without spoiling anything, a testament to Cronenberg’s versatility as a filmmaker, subtly reminiscent to his work in the short film Camera, which was released a year later.

After all, this is still a David Cronenberg film, and there is plenty of merit to be found in his direction of material, as he has demonstrated consistently during the course of his career. Problems largely lie in his convoluted script, that is ultimately frustrating not because of ineptitude, but rather in its failure to cohesively marry great ideas with even better themes.

Interestingly enough, Cronenberg would revisit notions of reality in his subsequent film in 2002, Spider, but through the lens of an unreliable narrator as opposed to science fiction contrivances, and was all the better for it, resulting in a film with greater clarity and dramatic depth. Nonetheless, Existenz is still a fun time with plenty of subtextual meat on the bone to warrant multiple sittings. I am just not sure that any amount of rewatching will fix its nagging issues.