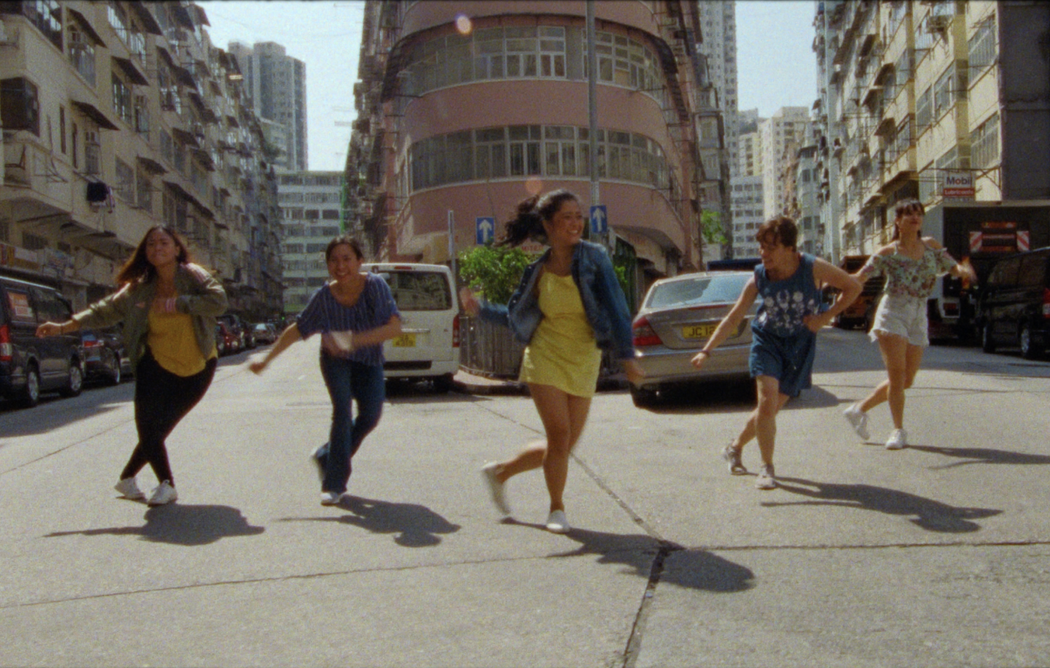 I was fortunate enough to visit Hong Kong before both the pandemic and the 2019 Freedom protests that rocked the former island colony to its core. I observed many things while there: dense urbanism, endless street food, persistent suit sellers, and multitudes of small Filipino women walking dogs and escorting children to school. What I didn’t realise is that many of these women had left children of their own behind in their home country in order to provide for them by being employed as “helpers” for rich Hong Kong families. This story has been chronicled before, but never like it has here in Stefano’s Tai’s mesmerising docudrama, We Don’t Dance For Nothing.

Told in an unorthodox still-frame style, the story centres on a helper only known to the audience as “H” (Miles Sible) who cares for the children of a workaholic father (Gratiano Wong) and tiger lady mother (Juliana Wong). Stuck in a cycle of endless chores and petty demands, H looks forward to Sunday, her one day off to gather with her fellow Filipino domestic workers and let off steam by literally dancing in the street, the few parts of the film where the still frames give way to motion.

While H is deeply fond of the kids, she is near the end of her rope and longs to use her upcoming vacation time to run away to Rome, where even as an illegal immigrant, she’ll have a shot at some long lost freedom. But with a new baby on the way for the family, taking the right path on the upcoming crossroads will be no small feat.

While the documentary is certainly a powerful form to communicate past and present truths and lived realities, the docudrama is often more adept at cutting through the factual clutter and getting to the emotional core of a subject. Ostensibly shot during the pandemic and weaving in archival shots of the 2019 protests, We Don’t Dance is a powerhouse of independent film spirit and filmmaking resourcefulness. Even when mostly rendered as stills, each frame is selected and rendered for maximum impact, aided by a mostly unknown, but capable cast filling the screen with the required pathos.

The filmmakers decision to render the majority of the narrative via still frames might seem like a puzzling one at first, but its purpose becomes all too evident as the story progresses. The film only approaches motion when H leaves the house and especially when she dances. But even then, the motion is a choppy one. It’s a fleeting feeling of freedom and all too quickly, we are imprisoned in the frozen moments again with H as she navigates the oppressive reality in which she works and lives. The film does eventually make full use of the 24 frames-per-second, but only after a key story turn which I won’t spoil here.

We Don’t Dance For Nothing succeeds remarkably as both a document to the struggles of marginalised workers and a resounding human drama that pierces the heart as much as it uplifts it. It’s not the sort of cinematic experience I normally expect to have at a documentary film festival which makes me all the more glad that I did. Highly recommended.

We Don’t Dance For Nothing screens as part of DOXA Saturday May 14th, 3:45pm @ the Pacific Cinematheque