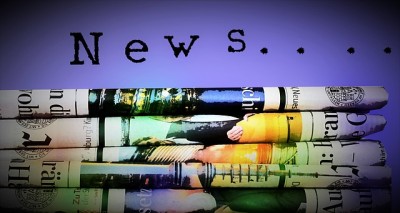 Recently, Broadcaster Magazine has announced that CMF and Telefilm have appointed a new National Director. Dominique Lapierre, a law graduate, made her start in Legal Counsel for Telefilm in 2002, and worked her way up. Lapierre has a lot of knowledge about the film industry as well as strong manager experience, making her the ideal candidate for the position of National Director.

Shaw TV has mentioned a new series, Home to Win, to be released on HGTV. The series focuses on 20 HGTV stars who get together and renovate an entire house that needs a good fixer upper. Then one lucky Canadian gets the chance to live in this home if they win the competition included in this series. Applicants who wish to apply for winning a brand new home can find details and do so here.

Tom Murphy of CBC news writes that the film industry in Nova Scotia seems to be suffering from the changes in taxes. With the Provincial government of NS suffering some more, the film industry is looking more grim and may not stand a chance in the future. D.O.P. Chris Ball himself states that he and his wife may have to move elsewhere in Canada if he fails to find business.

Josie Mills of theeyeopener announced how a documentary from a student managed to completely sell out at TBFF. Samuel Lehner’s documentary, WES, has managed to become  popular when least expected. After learning about Wesley Hall, the CEO of Kingsdale Shareholder Services, Lehner contacted Hall personally and asked to do a documentary on his life and how he got to the successful position where he is today. Hall is very proud of Lehner’s well made documentary which explains the hardships of growing up in a shack in Jamaica and then immigrating to Canada, showing immigration isn’t always on Easy Street.