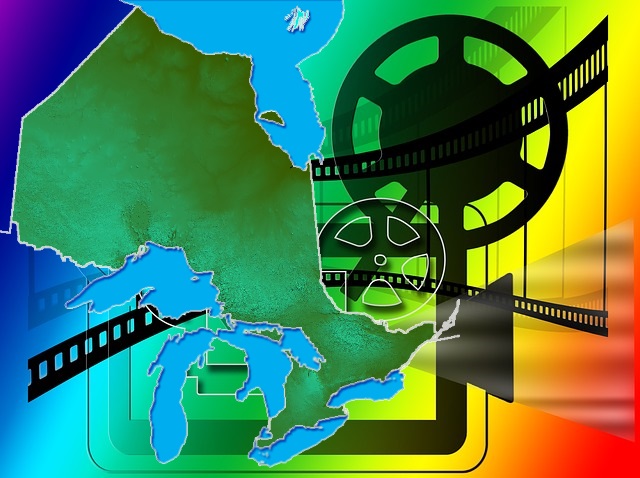 The entertainment industry is one such industry which is prone to ups and downs. However, the last couple of years have been a major shock to the film industry. At this very moment, it is kind of hard to imagine how great( read predictable) things were just a couple of years ago.

Even though the medium for our feature films has not changed, the business models that carry them have changed overnight. This eventually changes things drastically for feature filmmakers.

The audience today chooses streaming over the theatrical model, bringing the later to a standstill. This has indirectly left the Canadian Feature films to lookout for a new path to carve for themselves. The Hollywood film industry has had a massive impact on Canada and its Film industry. It was only recently that the Canadian Fraternity was able to garner the right kind of attention in the global market.

The world is at the dawn of a nightmarish year! Everything around us has changed drastically; in ways that are hard to put into words. However, Canada is seeing a drastic increase in its entertainment activity. This is because more and more American productions are moving bases to Canada. We shall come to this later in the case study.

What does this mean for the future of Canadian feature films? Does this improve their prospects in the global market?

Canada in the world map of films

The growth of Candian Feature films was political. Canada is a big, happy country. It was important for its people to be able to connect to their own film industry and have their cultural identity. The government started supporting private feature film production much later. This was because of multiple political, economic and cultural reasons.

The Canadian film industry is one of the most sought after industries in the world of entertainment. It has managed to carve a name for itself irrespective of its solidarity. It has overcome great odds like managing funds for production, accessing marketplaces and  exhibiting in theatres. Amidst all the chaos, it has managed to stand strong against the Monopoly, that is the Hollywood Entertainment Industry. All the prominent production and exhibition outlets in the state are not local. This subsequently is leading to scarce domestic production.

In the 1920’s even the European Film industries were threatened by Hollywood domination. Subsequently, most governments took charge and maintained control over their production and distribution. Unfortunately, the Canadian government took no such charge. And when it finally did, it did not stay consistent with its actions. The audience needed entertainment and Hollywood was happy to fill in the gap. The Canadian film industry is still making amends to fill up those years of loss.

The Tax Shelter Era brought with it a big boom in the Canadian Film industry, producing 77 films in 1979 alone. However, this surge was short-lived and died out by 1982. But this era left the artists with ample amounts of diverse experiences. And those experiences led them to crave for more experimentation. Movies of that era had a very prominent Canadian sensibility, unlike the ones preceding them. And thus, a new genre was born!

What is the Canadian Film industry struggling with?

Most of the films that hit the box office arent successes. Statistically, more money is spent on a movie’s marketing than that is earned by renting them in theatres. The usual profit is made on DVDs and pay-TV. This is where Hollywood counterparts have an edge over Canadian Films. Canadian Films can never have marketing budgets as big as their American counterparts. This is why Canadian movies are left with lesser profit margins.

Starting promotional events much earlier in their schedules and being noticed amongst American products, is another challenge.

The Canadian film industry faces a major challenge by just sharing its border with an overpowering state. It is difficult to be noticed when the audience has the option of choosing from an array of well marketed and distributed Hollywood blockbusters. Why would anyone look for a Canadian Movie to download on a perfect Movie Night when there’s House of Cards to Binge on?

Reaching the audience has become one of the foremost concerns for the Canadian film industry today. The best marketing tips in the book suggest segmenting one’s market early on one’s career.

Future of Canadian feature films in the international market

The Canadian Film Industry is sticking to its policy of creating a demand for their films and reaching their audiences, in different ways. However, the hit films of The Canadian Screen Awards were not even released on theatres when they were up for the best motion picture awards! So, if the audience doesn’t see a film in the box office; it’s most likely second category already. At this stage, it seems like the Candian Film industry is trying to get noticed by instinct in a world run by hype.

The Canadian Film industry needs to understand that it’s easier and smarter to not try to beat Hollywood in its own game. Films that have seen success are the ones that are distinctly Canadian. There’s no shame in being yourself in front of the world forum. It’s important to provide the audience with the kind of content that no one else can. Doing a quick SWOT analysis of the Canadian Film Industry tells that its strength lies in its people. However, not setting a timeframe for doing this is a SWOT analysis mistake one must avoid.

The future of Canadian Films in the international market is largely dependent on its people. It looks uncertain but highly plausible. It’s important to understand why taxpayers money is used to make anything art-based or cultural? It is not only to create jobs or to maintain a certain industry, but also a way of staying connected to one’s culture. It’s important to broadcast one’s cultural milestones to oneself as a reminder and also to the world.

Activity reached Canada much before it hit other parts of the world ! There’s a silver lining amidst this Pandemic for the Canadian Film Industry! It’s a rare window, but a timely move might make up for the lag of the Candian Film Industry. Creators should have projects to-go, as soon as the markets open. They have access to the locations, crews and equipment; without having to compete with high budget Hollywood projects. This could be another way for the fraternity to leave a mark in the global market.

Author Bio: Mary Jones is the co-founder and editor-in-chief at TopMyGrades, which focuses on career counselling for university students in the US, Canada, UK and Australia. Mary helps students with their marketing assignment help. She has extensive content editing experience and has worked with MSNBC, NewsCred and Scripted in the past. She has also authored blogs on Lifehack.org, Wn.com, Medium.com, Minds.com and many more digital publications.