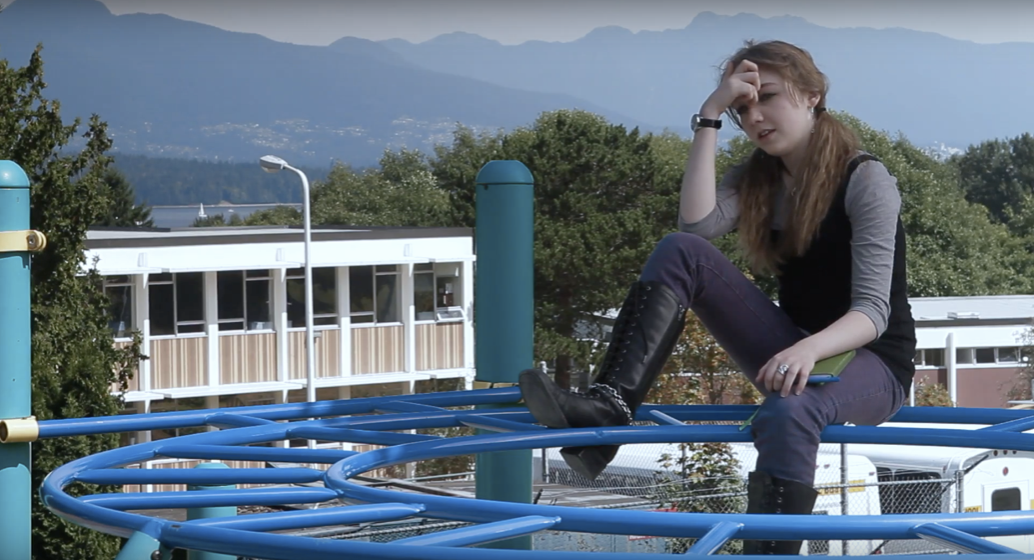 How can I get confidence if I keep being rejected?

For all our technological and social advancements, we humans retain much of our primal DNA, including the need for acceptance by a tribe. While countless people attempt to appeal to a tribe of millions on whatever social media platform will give them the most hits, we’re still really only wired to deal with more immediate groups like work, school or in the case of the modern zeitgeist, Zoom meetings.

Standing out and making a splash can be very rewarding. But like learning to skate, most of us fall on our face and some of us stay down, deciding it’s better not to risk the humiliation. These feelings never run hotter than they do in the hormone-driven halls of high school where extroverts rule and introverts fly under the radar. This dynamic plays out in Sophie Harvey’s debut feature, An Introvert’s Guide to High School.

Set way back in 2012, the year the world ended (we were so innocent back then, weren’t we?), we’re introduced to a SAT prep program populated by almost every archetype imaginable. From the over-achieving Emily (Laine Macneil) to class clown Dennis (Charles Haycock) to child prodigy Jade (Lucy Talalay) and aspiring billionaire Lucas (Liam Ritchie) who spends more time seeking backing for his “bacon tape” idea than test prepping.

Observing this mockumentary mayhem is Ada (Julia Stone) the eponymous introvert who blends so much into the background that the teacher forgets to call her up for the customary class intro. Even when she does speak up while guiding her classmates through a first aid incident, this too fails to garner her any credit with her peers.

Her subconsciousness is illustrated via a shy muppet which further gives way into what might be her YouTube history as we are treated to a parade of ex-introverted vloggers whose advice for being outgoing seems to mostly amount to “just do it!”. This is apparently of little help to Ada who literally recedes into the background for the film’s final act as the various SAT dramas take over. When she reappears, we the audience feel guilty for having not noticed her absence.

Aside from a reference to the long-cancelled Glee, you would be forgiven for forgetting this is a period piece. The high school experience can date aesthetically, but the vibe is universal. You may forget this is a Canadian production as well since the concept of SATs are foreign up here, familiar only through cultural osmosis. At least O’ Canada makes a surprise cameo as one character warbles a few bars (that counts towards a tax credit right?).

The apparently improvised performances (no weak links here) and freewheeling editing suit the piece well. You almost get the sense that Ada herself could’ve made this while learning Final Cut Pro and having a blast with the various video effects that get little use in mainstream fare. I myself found the whole experience quite disarming after a recent diet of considerably slicker productions.

I’d be remiss if I failed to mention that the film comes to a screeching halt every time the woman-on-the-street “Change It Up” segment hosted by K.C Novak rears it’s ugly head. Watching people stumble their way through “introvert or extrovert”-type questions is barely engaging for five seconds let alone five minutes worth. The fact that over half the participants apparently didn’t sign a release and are cringe-inducingly covered up by incompetent blurring that actually fails to cover faces for frames at a time (as a film editor, I notice these things) just makes it even more puzzling why the filmmakers thought this would be an interesting thing to keep cutting back to. It stops the film cold and should have been banished to Youtube.

Ada herself only gets a happy-ending via breaking the fourth wall when the actors are seeing frolicking around the location together as the credits roll. Perhaps we’ll see her again in a possible Introvert’s Guide to College? Maybe she can attend school north of the 49th this time.

The Introvert’s Guide to High School screens as part of a virtual Whistler Film Festival, available to screen online Dec 15-31.