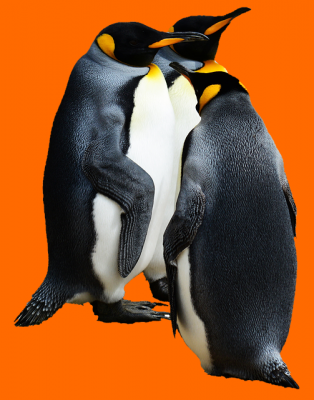 Mary Mae – If I had known what type of theme this movie was, I would’ve watched it earlier. Kristian Lariviere’s short film depicts your typical Sister Mary nun (Ellen Manchee) heading into a confessional to discuss  what she did one night at a Halloween party where she had a few drinks and got acquainted with a masked person (Michelle Adams) who looked like the Riddler’s uptight cousin. It’s hard to tell what some costumes are supposed to be. Anyways, instead of cutting away to something more humorous, the scene changes to the truth within Sister Mary’s confession. The story suddenly seems dramatic and serious. The lighting and scene setup contrast, from dark and mysterious to bright and colourful, adds an interesting effect that shows the difference between her two different emotions in the confessional and the party. A movie that shows loving someone is never wrong, no matter what.

Skylight – Weird, but funny. It’s an animation made like one of those PSAs about animals in their natural habitat dealing with one of the worst things brought on by the worst species ever: MAN. Focusing on a hilarious looking penguin, this short film with flickers and stuttering movement shows the king of his ice home wandering among the pack, and then a light from the sky fries him and four of his other species. Thanks, hole in the ozone. David Baas brings together humour and the dangerous fact that resources are dying away due to this issue, making it a funny and though provoking film at the same time as we witness cartoon creatures being fried into what looks like cooked turkeys. Animation is very well done, and the addition of effort to throw in shaky film reel content makes it more authentic.