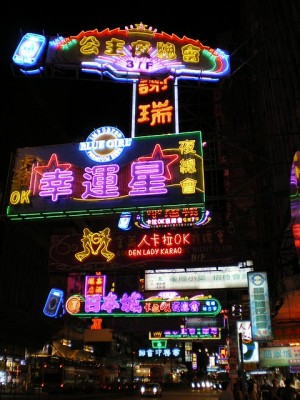 Cosmos Will Save the World – What hasn’t saved the world in the movies nowadays? Hailing from the quirky minds of Travelling, this flick tells us the story of space aliens — oh, who am I kidding? A young woman (Nadia Frantova) brings her husband (Dasha Frantova) out to a field to tell him a story about how she and her grandmother (Ilya Krouglikov) went out into that field years ago to steal potatoes from the neighbours. Unexpectedly, the Grandmother and the girl witness something abstract that day. Despite being an animation, we don’t see the storyteller, just a foggy illustrated field. Eventually some characters with alternating shadings come in, but that’s not till much later in. Before that, all we can look at are sketched birds and clouds that move more fluently than anything else in this. The ending starts out sad, then gets into a surprise element, then ends with one of those messages about the past. It’s got good artistic elements though.

Seeking You – Can somebody please explain why I keep stumbling upon weird animations based off stories of the past? If it hadn’t been for the synopsis, I don’t think I would’ve understood this one any better than everything else in this Twoview series. Jean-Julien Pous’s short animation is about a man who talks about how he has lost his true love, and that every element of her is out in the streets of Hong Kong. At first I thought, “Oh, she became a prostitute.” No, not really. The whole reason wasn’t made clear, and after his speech anyway, we get treated to flying coloured polygons, views of the city, and someone singing that song by Georges Bizet I hear everywhere but don’t know the name to. Anyways, this started out mellow and then just hyped up into weird and left me confused at the end. There’s hardly much to say about these shorts.