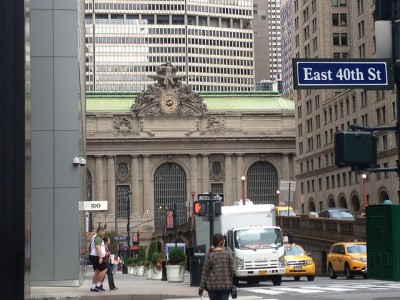 When Jeffrey P. Nesker set out to make his first feature film it was partly due to advice of his good friend Tom Wilton, who wrote the original screenplay. He tells me that he had not been himself for some time and Tom suggested that making a feature film was the medicine he needed. As it turns out, good friends always seem to know best.

Jeffrey headed out from Toronto to NY in late October and returned in early December. The cast was all American and consisted of four actors. Gillian Visco who plays Jennifer was in three of Tom Wilton’s previous films. Fiona Graham who plays Christine had heard about the script once Jeffrey arrived in town and wanted to be part of it. The two male actors had replied to a casting call. Once Jeffrey had seen their head shots, he knew he’d found his Todd and Ethan.

Guerilla filmmaking was the precedent for this docudrama. “Better to beg for forgiveness than ask for permission,” says Jeffrey. Without doing so, he wouldn’t have a film.

People in NYC are so accustomed to seeing films made, they never batted an eye says Jeffrey. With a film crew of two and using a DSLR camera, they avoided drawing too much attention. The actors were all volunteer and the film has hopes of a minor theatrical release in L.A., N.Y. and Toronto.

Jeffrey loves all facets of filmmaking. He’s looking forward to making another feature.