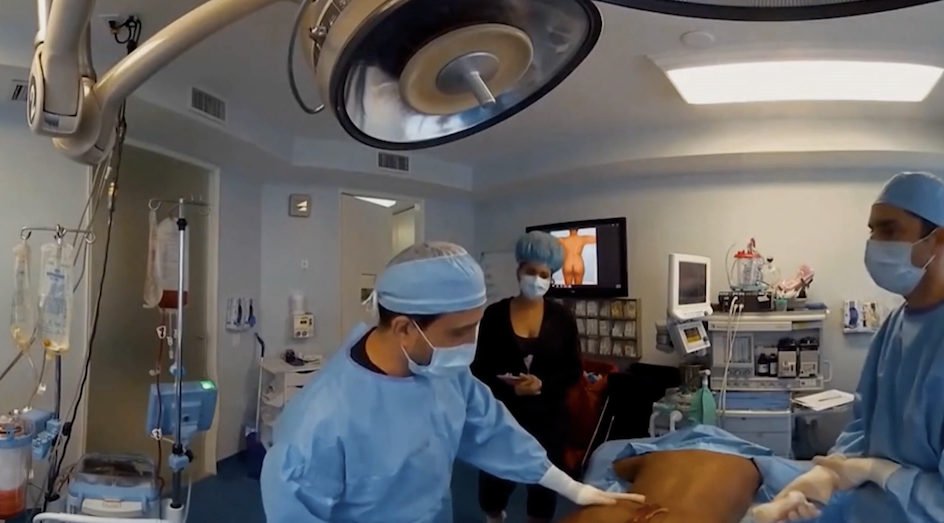 Okay, so I’m pretty sure we all know about doctors, and currently every neighbourhood is praising doctors at 7PM (personally, mine is pretty quiet) but let’s take a look at some different doctors, the ones who aren’t working excessively to fight this virus we’re hearing about constantly. I’m talking plastic surgery doctors. The ones who correct mistakes or botch a body depending on how you react at the end. One of these doctors is Dr. Michael Salzhauer, a plastic surgeon who’s already pretty well known for his work, according to his Snapchat. But he’s also an Orthodox Jew who has a wife and 5 kids. In this documentary we learn all about his family life and his life on the Internet. As you can imagine, the work can be pretty odd. But an even bigger issue is coming up with fresh material is a bigger challenge. All this and even more was revealed in Dr. Miami’s story.

Starting out, Michael explained how he was influenced by the show M*A*S*H* and how he became a plastic surgeon when he got inspired by a real plastic surgeon and shortly later in his days of working, he started making videos on his phone for fun, even creating a controversial music video. After getting booted from Instagram for nudity, Michael’s teenage daughter recommends Snapchat and ever since then, he’s become a phenomenon on there. However, social media isn’t the only thing he’s focused on. He also talks about his religion. At first he didn’t seem too into it until he and his wife decided it was time to take it more seriously. While it may seem that surgery is a huge deal, Michael finds a way to perk it up by getting filmed and discussing funny subjects at the same time. By now, he’s become a major idol. Music videos and songs are sampled to show that Dr. Miami is basically the new name for plastic surgery or plastic surgeon in general. However, it’s not easygoing because later on Michael loses his social media girl and now he has to find someone else to take over which is a challenge. Most of it, he’s just doing himself. But eventually, after reviewing many applications he finds a skilled young woman who’s well established and later on he even gets a sign for his place of work.

We also hear backstories from his wife Ela who talks about how they met and what kind of person her husband is, another plastic surgeon who feels things should be taken more seriously instead of Dr. Miami’s approach, and Dr. Miami’s patients who discuss their lives and their experiences. They share how much they love the idea of getting plastic surgery and how they feel about the experience. It’s not just Dr.Miami though, he’s also got 15 other doctors who are associated with him and they even get better recognition thanks to him. Things may seem good but there are times when people on the Internet call him overrated or when he runs into issues with family life. Despite this, he still moves on no matter what.

It’s one of the most interesting documentaries I’ve seen as part of CBC. It may not seem like Canadian content, but it was directed by Canadian director Jean-Simon Chartier, who managed to make something worthy of the greatest documentaries to showcase important issues. While it doesn’t quite get into the disadvantages of cosmetic new parts (like the panic when it’s gone wrong) there is some tension that shows how urgent things can get sometimes. The stories are compelling and the whole doc isn’t showing the process of how plastic surgical procedures work, it shows what goes on out of the office. It’s also probably the most entertaining production I’ve seen with plastic surgery. Despite all the amusement and humour, I’m still skeptical about getting it myself. I still got a good experience from watching this without changing my appearance. (For the record I’m not against plastic surgery, but chances are I won’t need it myself)