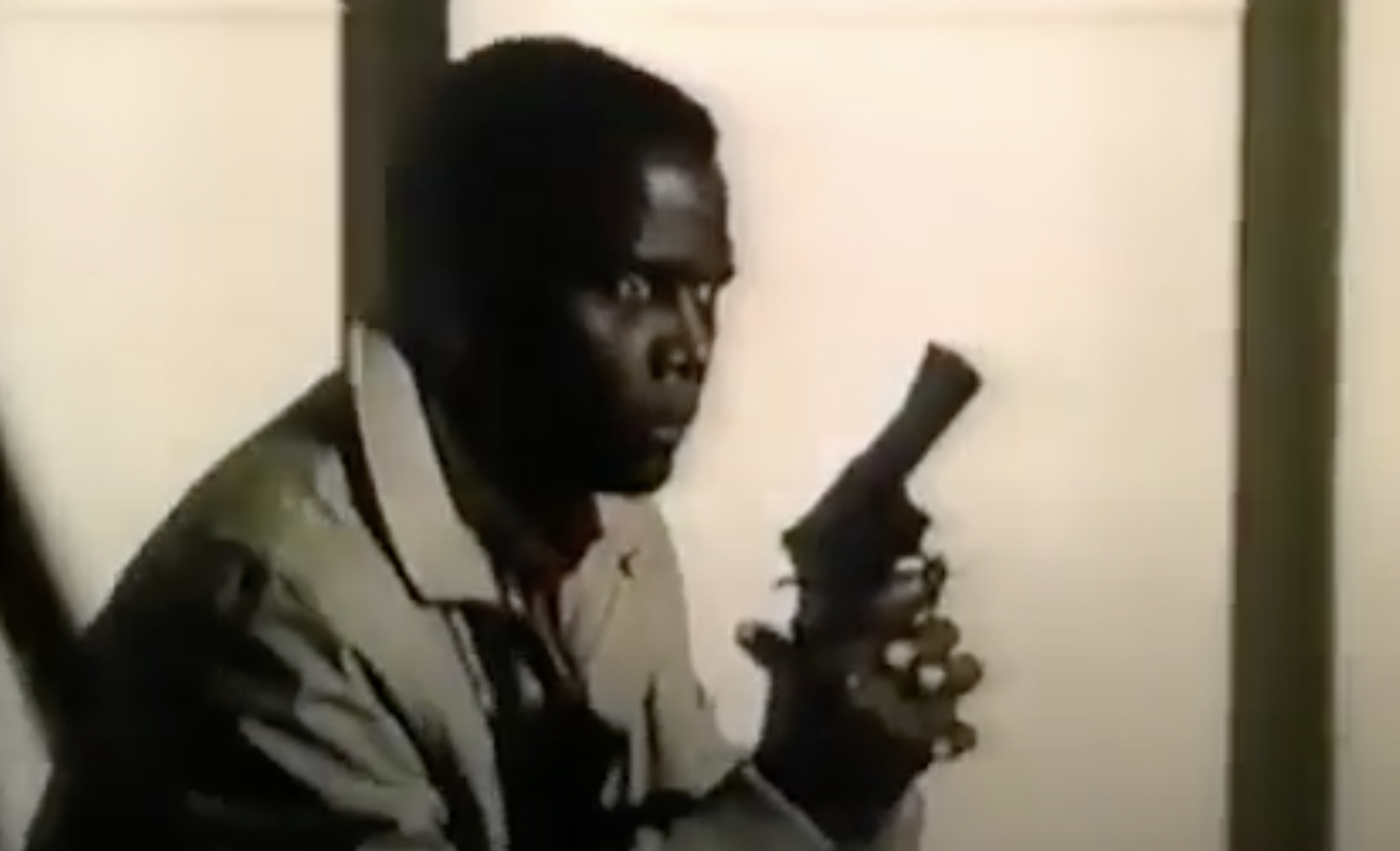 I have always appreciated a well-made thriller. Or, more specifically, one that is narratively well-constructed and seamlessly flows from one beat to the next, consistently keeping the audience on their toes. British-Canadian director Roger Spottiswoode achieves just that in the first half of his 1988 thriller Shoot to Kill, and although a strong hand is played much too early, consequently dulling the edge of its second half, this is still a clever thriller with more than a few tricks up its sleeve.

Shoot to Kill marked the first onscreen appearance by the great Sidney Poitier in over ten years, where he plays Warren Stantin, a veteran FBI agent who is called in to handle a hostage situation with a jeweller’s wife in San Francisco. The extortionist, who unsettlingly whispers orders to Stantin over the radio, uses a series of crafty techniques to evade capture, leaving two dead in the process. Taking this personally, Stantin tracks down the extortionist to a rural mountain community near the Canadian border, where he has murdered a member of a fishing party, taking his place unbeknownst to the rest of the party, including its guide, Sarah (Kirstie Alley). To locate the party and identify the murderous criminal in the mountains, Stantin must team up with another local guide and Sarah’s boyfriend, Jonathan Knox (Tom Berenger).

While Stantin is in his superior’s office after the extortionist initially gets away, there is a framed picture in the background that reads “Espionage is a series of slow calculated moves. Report all moves against you.” This not only reassures audiences of Stantin’s correct course of actions in the opening sequence, but perfectly encapsulates the methodical storytelling of Shoot to Kill’s first hour.

The screenwriters, which includes legendary Canadian filmmaker Donald Petrie Jr., carefully build to the film’s clever premise piece by piece in a manner that is reminiscent of Robert Towne’s seminal scripting of Chinatown. This is a masterclass on structuring shrewd, plausible scenarios which establish the formidability of Stantin’s adversary, as well as Stantin’s own cool but driven ability as an agent of the FBI. Moreover, it eventually develops into an ingenious premise that left me with constantly shifting suspicions as to the identity of the killer.

This, however, brings me to the film’s greatest misstep, as I feel the villain’s identity is revealed all too soon. The blame cannot be laid with Spottiswoode, who does excellent work in embracing the script’s dramatic tension, casting constant suspicion upon each member of the fishing party. He even injects a palpable tension between Stantin and Knox that is often offset by some surprisingly funny moments, particularly from Poitier.

Instead, it is the writers who are culpable, given that they opted to turn the film’s second half into a glorified game of cat and mouse which deflates any sense of the mystery they had so meticulously constructed up to that point. Even the plotting becomes more carefree in its second half, making logical concessions that were totally absent in the first.

In spite of all this, Shoot to Kill, as a whole, is still an accomplished thriller that excels in moments of tension throughout, while the rapport between Poitier and Berenger keep things moving along at an engaging pace. I just wish the screenwriters had held on to that beguiling sense of mystery which numerous thrillers aspire to, but so rarely achieve, because it is clear from the beginning that Spottiswoode was more than up to the challenge.