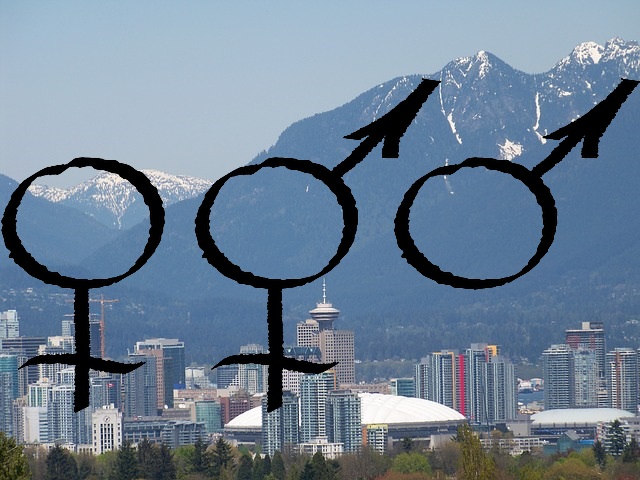 It seems that since the 80s, sit-coms were not very sit-common. (Couldn’t resist that one) But it seems like they may be making a comeback. Already starting this comeback is a show with a storyline that’s not exactly typical and a theme that’s even less heard of. Okay, there is some transgender media out there, but not made in this manner. It’s a rare subject that has a rather unique twist of story. Not to mention, something Canadian made that doesn’t come out as awkward.

Sü (Nyla Rose) is a transgendered individual, male turned female, struggling to find a home and a lifestyle. But recently, her boss had to let her go and when you live in Vancouver, affordable housing and employment with livable income are the two most difficult things you can expect to find.

Since she’s not the most social of people, she resorts to calling her exes and eventually gets together with another transgendered person, Chris (Amy Fox) who is a female turned male living in a messy low rent rundown building. Unbeknownst to Sü, Chris and the landlady Antonia (Lindsay Coryne) are plotting to take down one of the biggest polluters in Vancouver, who runs a large corporation. To add a little more interest to the whole plot, Sü befriends their neighbour Zoey (Vincent Viezzer), a high school senior transgender male turned female who has a habit of sneaking in and out of the sight of her mother Sandra (Andrea Menard), who works in law enforcement.

The whole series provides more humorous and creative characters as they all go through awkward yet funny situations with Sü in each episode, such as rising tensions at the office, playing a dangerous alternative to Calvinball, and even leaving an entire restaurant in shambles. In addition to the plots, the audience gets treated to the most hilarious style of dialogue incorporated with reaction shots. Characters and their personalities are stunning and well acted, as it shows those of the LGBTQ community are a creative and fantastic bunch of people. No such thing has ever really been shown before, making this the most original series I have ever seen, and by far it is the funniest thing as well, setting a new standard for Canadian entertainment. I don’t know why someone didn’t think of this before, it’s ingenious.