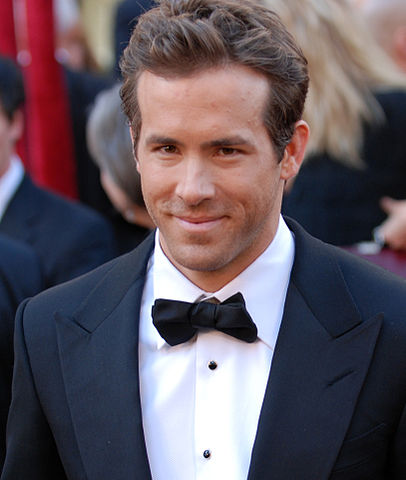 He’s become arguably the most recognizable Canadian actor to younger generations (though Ryan Gosling, Seth Rogen, and Rachel McAdams might dispute that!). Now let’s take a look at the top 10 movies from Ryan Reynolds, at least in my opinion.

Buried – Moviepilot did a ranking of Reynolds’s best performances, and ranked Buried as the very best of the bunch. I may have to agree. Designed to make audiences squirm and sympathize, this is the story of a U.S. truck driver in Iraq who’s ambushed on the road and wakes up in a coffin, buried alive He has a lighter and a mobile phone and no clear means of escape. It’s a difficult film to watch at times, and one that some audience members were doubtless genuinely uncomfortable with, but Buried is effective in what it seeks to do. In it Reynolds delivered very effectively in what might just be his most demanding performance to date. It’s not exactly fun, but it’s certainly worth a watch.

Van Wilder – There’s an argument to be made that there would be no Ryan Reynolds were it not for Van Wilder. The story of a college superstar with a talent for improving the lives of his peers but a fear of graduating and joining the real world, Van Wilder is an amusing and surprisingly heartfelt coming of age story. It’s also the movie in which Reynolds first demonstrated his inescapable charisma and charm.

The Nines – This is a very hard movie to describe to anyone who hasn’t seen it. But suffice it to say it’s a psychological thriller in which Reynolds played three different men whose lives are linked in mysterious ways. The Nines didn’t make a lot of noise when it came out in 2007 (it made under $200,000), but the reviews were decent and the performance by Reynolds is admirable.

The Proposal – The Proposal is a silly movie about a high-powered editor (Sandra Bullock) facing deportation from the United States, who ropes her top assistant (Ryan Reynolds) into a sham marriage in order to avoid catastrophe. From there it’s a pretty straightforward romantic comedy (surprise: they fall in love for real!), but it was a nice opportunity for Reynolds to show some of the playfulness he exhibited earlier in his career.

Mississippi Grind – This was not a widely released movie, and yet it was one in which Reynolds did some of his very best work. A road trip film about two buddies on a gambling adventure down the Mississippi River, it did something interesting for a modern gambling film, in that it tapped into people’s love of old school casino gaming. After a decade-plus of poker becoming a largely digital game, we’ve actually seen casino gaming platforms that cater to millions of players striving to make the games even more realistic. Gala Casino’s site now hosts a live gaming option that allows players to interact with human dealers through their screens. This format is used in poker, blackjack, and other games, and gives one the feeling of sitting at an actual felt poker table, handling chips and dealing cards. Similarly, we’ve seen attempts at realistic poker gaming attached to the virtual reality phenomenon. Mississippi Grind managed to capture this real, no frills poker experience that seems to interest people of late; there was no glitz and glamour — just two friends with different talents and motivations making their way through a very real casino culture. Slottica bonus also gives the feel of a casino experience.

Woman In Gold – The story of a Jewish refugee in a legal battle to regain painting stolen from her family by the Nazis, Woman In Gold might have had a shot at Oscars glory had it been executed slightly better. Nevertheless, it’s not a bad film. Helen Mirren played the lead, with Ryan Reynolds in place as Randy Schoenberg, her lawyer.

Safe House – Safe House wasn’t the most original film Reynolds has done. Really, it’s a pretty ordinary CIA thriller. But it was a fun action movie released just as Reynolds was really coming into his own as a Hollywood star in 2012, and the fact that he held his own alongside Denzel Washington certainly meant something to his fans.

Definitely, Maybe – “A satisfyingly cuddly middle ground” between cookie-cutter romantic comedies and full-blown period romances. That’s how one strong review characterized the tone of Definitely, Maybe when it came out back in 2008, and it’s a pretty apt description. This is the story of a dad (Ryan Reynolds) going through a divorce and answering questions from his daughter (Abigail Breslin) about how he met her mother. Only, he does so by telling the stories of three different romances from his past, without naming her mother by name. Naturally we see the romances play out as he tells the story, and the result is a surprisingly real look at how someone can bounce between relationships and friendship, ending up on a path that was never intended. Reynolds got the chance to show some range in this movie, and he may just have been at his most natural in his interactions with the young Breslin.

Adventureland – Mike Connell, a repairman at a rundown amusement park, was a darker role for Ryan Reynolds. Yet he was a key part of this bizarre dramedy about a down-on-his-luck graduate (Jesse Eisenberg) trying to make his way in the real world. Reynolds lent some maturity to an otherwise young and at the time relatively inexperienced cast.

Deadpool – People loved Deadpool long before this movie came out earlier this year. He’s always been a popular comic character, and there was even a major console video game by Activision that came out before the film, delighting gamers with a fun depiction of Marvel’s wise-cracking mercenary. Needless to say given the movie’s reception this year, Reynolds was perfect for the role. It was the funniest and overall one of the best superhero movies to come out yet, and we can rest assured we’ll be seeing more of Deadpool in future films.