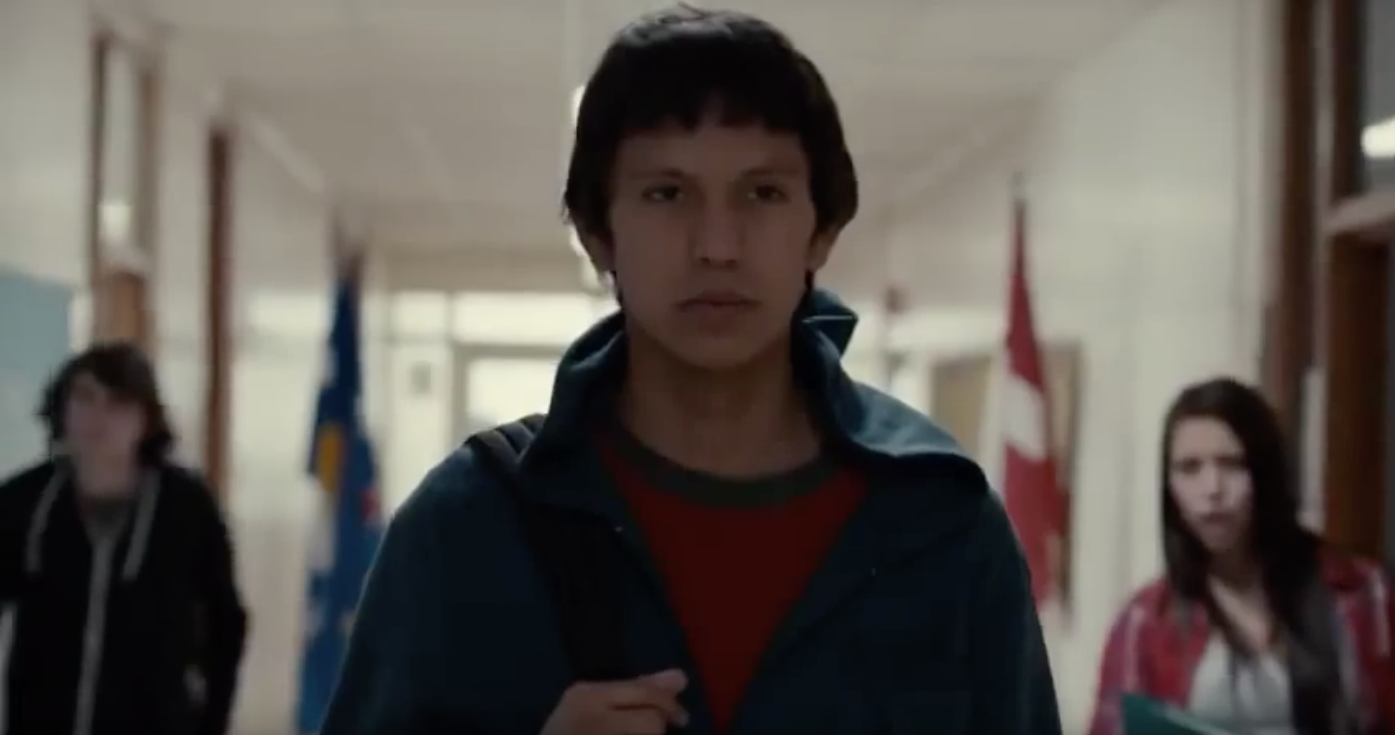 With yesterday being Canadian Film Day, I decided to check out one of the many spotlight films that I hadn’t already seen. It seems everything I check out these days is about an individual who’s been haunted by something that’s happened to them. This story is about a young aboriginal teenager named Larry (Joel Evans) who lives in the Northwest Territories, and is trying to find his way through life. Much like me in my youth, he doesn’t really socialize with anyone, and he has no interest in anything else the usual teens like. Larry narrates his tale as he gets bullied by the resident tough guy Darcy McManus (Adam Butcher), lusts for Juliet Hope (Chloe Rose), and becomes friends with the aggressive new kid Johnny Beck (Kiowa Gordon). It sounds like your typical teenage story but it’s done slightly differently since we learn about the lifestyle of an Indian from the Dogrib tribe. He goes through other places in his teenage journey with other connections, a hunter named Jed (Benjamin Bratt) who wants to be a father figure for Larry, and his mother Verna (Tamara Podemski) as she feels she’s spiralling out of control in life.

But Larry soon explores the joys of teenage lifestyle when Juliet invites him to a house party and he gets high. But even that goes downhill for Larry when he sees his new best friend Johnny getting it on with Juliet and then bragging about it after Juliet’s mother chases them out. The two friends learn a lot more about each other and how Darcy and Larry used to get along. And despite Jed trying to mean well, he still has issues with Larry and Verna, occasionally sparking arguments. It gets even worse in the case of Darcy.

The majority of the movie is teenage lifestyle, but despite it’s basic plot and minimal length, it’s still unique in some way. The minor characters seem neutral but some of them are a little more differently based than others, which is interesting. Larry definitely takes some time to develop, and it really shows how he changes after a couple new and interesting experiences for him. It seems to be one thing after another for our protagonist which gives the story more structure and it seems to pass pretty quickly. There seems to be a lot of use of exterior shots, especially of passing landscape shots which are incredible and provide an ominous feel. It’s a great Canadian film with multiple values that go into coming of age stories, like how things can get out of control without and friends make the best enemies.