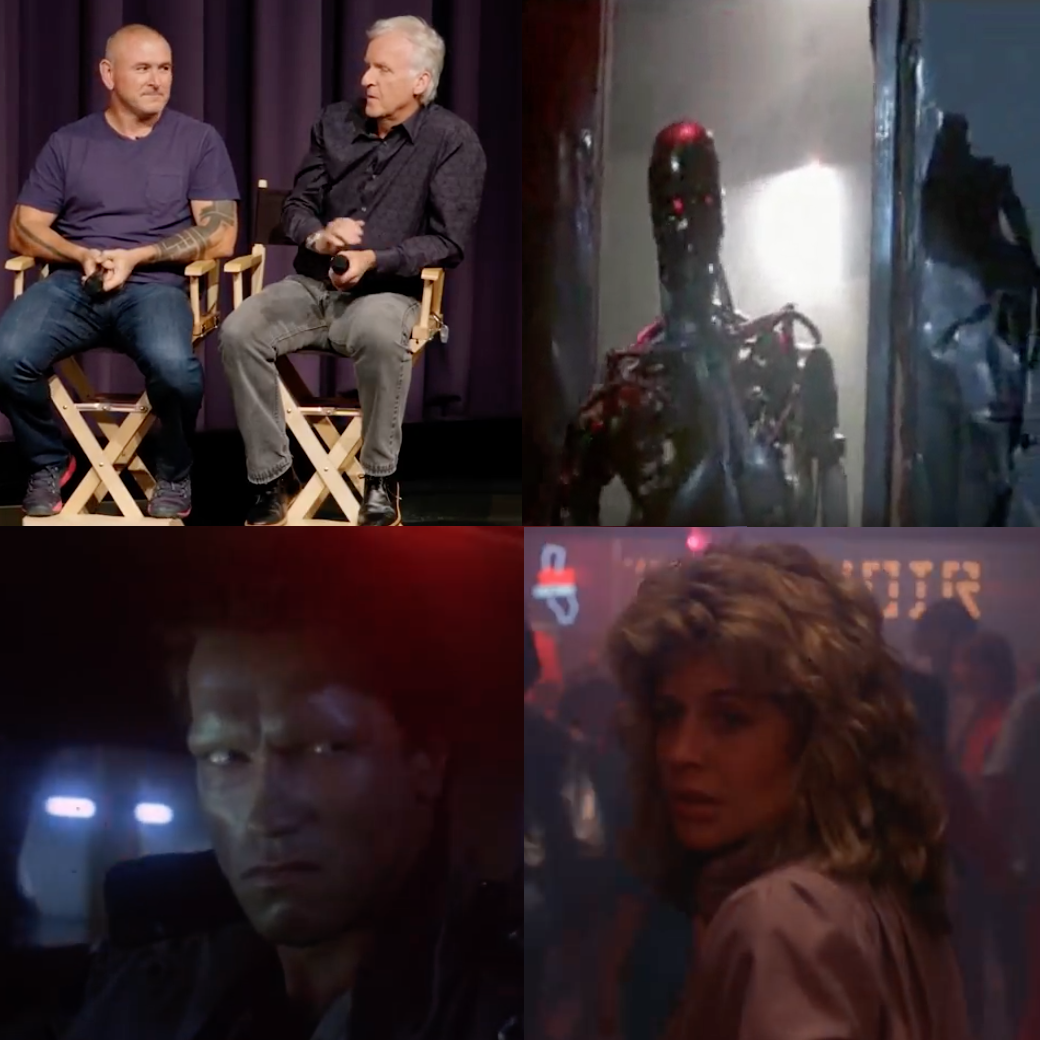 I wrote last year about the upcoming soft reboot of the Terminator franchise, with little details circulating at the time other than the confirmed involvement of series veterans Arnold Schwarzenegger and Linda Hamilton, while its creator James Cameron will serve as a producer, handing over the director’s chair to Deadpool’s Tim Miller. Since then, there have been significant developments in its casting, writing and story departments, which I will discuss in greater detail, and suffice to say, there is a lot to be excited about.

In a September 2017 interview with The Hollywood Reporter, Cameron and Miller dropped hints of what is to come in their reboot of the series, which certainly pricked the ears of film fans the world around, curious of their respective approach to a spiralling franchise. The most revealing of all the revelations offered was that the series will pick up where Cameron left off, ignoring any sequels following Terminator 2, which Cameron insists exist in an alternate timeline, even going so far as to call them “a bad dream.” It was also confirmed that Schwarzenegger would portray an aging T-800, whilst leaving an air of mystery regarding how his machine, as well as Hamilton’s Sarah Connor, would play into the larger narrative.

With a flurry of recent casting announcements (which I will come to in a moment), it has been clarified that their roles will be brief, acting as bridges for a new cast of characters in what will be a trilogy of films.

Based in Mexico City, the character at the centre of this new series will be a young woman by the name of Dani Ramos, whose connection to Skynet and the future of mankind has yet to be disclosed, but she will likely be assisted by a soldier/assassin from the future, who may very well be the Kyle Reese to Dani’s Sarah Connor.

Canadian actress Mackenzie Davis, best known for her recent role in Blade Runner: 2049, has been attached to the project longer than any of the other new cast members, and will portray the soldier assisting Dani, while only last week Colombian actress Natalia Reyes was announced in the leading role. Reyes is a little known up-and-coming star, but given the extensive nature of Cameron and Miller’s search, not to mention Cameron’s knack for casting talented actresses in strong female roles, I have little doubt she is well-suited to play Dani.

The other notable and most recent announcement is Gabriel Luna’s casting as the villainous Terminator seeking Dani. Luna’s most notable work thus far has been primarily in television, appearing in True Detective’s second season, and delivering a well-received portrayal of Ghost Rider in Marvel’s Agents of Shield, which no doubt assisted in his casting, especially given that Cameron sought an actor with stunt/action experience.

While the casting lineup is certainly impressive, and I maintain a great deal of confidence in both Cameron and Miller as a team, there is one element of the production that has me a little anxious: David S. Goyer. Goyer was tapped last year to write a draft of the script, which would work as the template for the film’s story moving forward. Admittedly, the script is based on a story crafted by Cameron and Miller, and while Goyer is not without impressive writing credits to his names, such as Batman Begins and Blade II, he was also a writer for disasters like Ghost Rider: Spirit of Vengeance, and Batman v Superman: Dawn of Justice, where the writing in both instances was a frequent point of criticism (“Save Martha,” anyone?). Nonetheless Goyer is, overall, a talented screenwriter who can potentially do justice to the series, and solace can be taken in the fact that Captain Phillips writer Billy Ray was hand-picked by Cameron and Miller to polish the script, providing them with what will be the final draft of the film’s screenplay.

Minor Goyer-related worries aside, it is difficult to contain my boyish excitement as filming of the new Terminator nears, with a team of filmmakers taking what seems to be the the appropriate steps in providing fans with the Terminator 2 sequel they have always wanted. Ultimately, we won’t know if this is the case until the film rolls into theatres on the planned release date of 2019, but with James Cameron’s return to the series, I believe new meaning will be brought to the immortal line “Come with me if you want to live.”