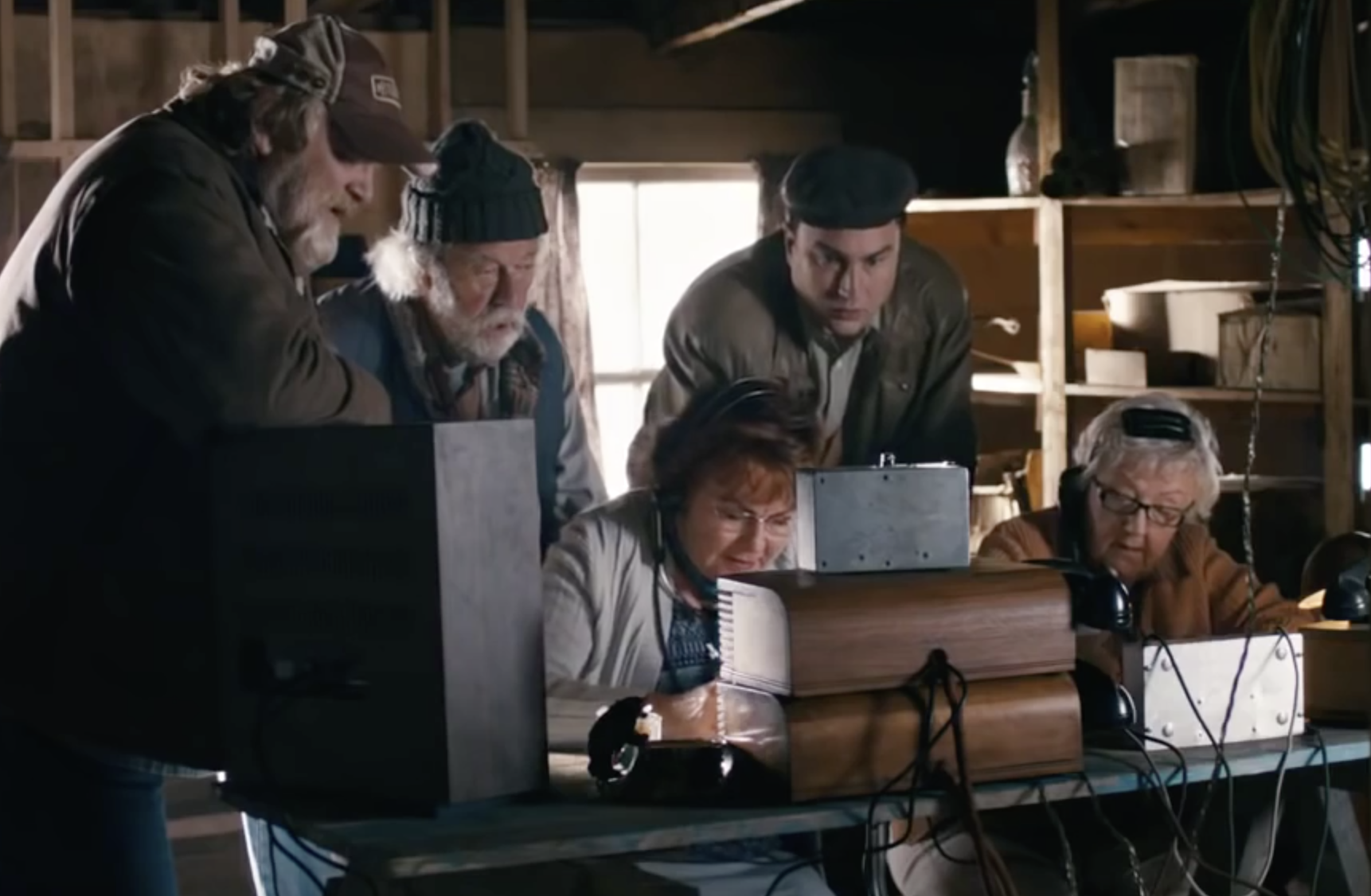 Now and again there comes a film whose charm in one moment makes you want to hug it, yet its frustrations make you want to throttle it the next. Such was my experience with Don McKellar’s 2013 dramedy The Grand Seduction.

The premise itself has great potential, wherein a local of the fictional Tickle Head in Newfoundland and Labrador, Murray French (Brendan Gleeson), rallies his small but once-proud community in an effort to entice the reluctant Dr. Paul Lewis (Taylor Kitsch) into becoming their local doctor. In doing so, the island would secure the placement of a petrochemical plant, which would return a long-lost sense of purpose and unity to the locals.

Unfortunately, the muddled execution of both its screenplay (written by Ken Scott and the talented Michael Dowse) and its direction leave much to be desired, offset only by its sporadic moments of charm.

Right out the gate, The Grand Seduction’s most egregious is the incredulously mean-spirited nature of some actions committed by the islanders, with Murray at the centre of it all. As just one example of many, the locals listen in on every single phone call made by Paul, using much of the intimate information collected to manipulate him, with Murray going to far as to lament the death of a son he never had, in the hopes of exploiting Paul, who never knew his father.

With all due respect, I understand that the intention is to depict the lengths to which the islanders are willing to go to save their community, while making use of its inherent comedy of the scenario. However, McKellar mismanages the balance between drama and comedy, resulting in a tonal misfire that serves only to amplify the despicable nature of their actions.

The screenwriters are partly to blame for here also, which is a shame as this dampens the relatability of some of the more well-written locals, who can otherwise be sincerely likeable and eclectic, thanks in no small part to an impressive cast. While Gleeson in this case is his usual reliable self, the highlight is the ever-welcome presence of veteran actor Gordon Pinsent, whose devilishly deadpan delivery makes for the some of the most humorous moments in a dramedy that is otherwise light on laughs.

That is not to say The Grand Seduction lacks its smirk-inducing witticisms, though.

In one instance, as the islanders are sprucing up Tickle Head to impress in prospective doctor, they are consistently at a loss with what to do with an unavoidably derelict house. In a display that proves McKellar can indeed build up to a visual gag with confidence, when it is inevitably shown to Paul, he sees a sign placed outside that reads “World Heritage House,” which even in its phrasing evokes a comical undertone that makes me smile.

The real saving grace for The Grand Seduction lies with its human drama, where in the end, despite their actions, you nonetheless want the people of Tickle Head to succeed in their morally questionable endeavours. This applies to Murray in particular, who commits objectively unspeakable acts in the name of love; love for his home, and love for his partner who has left the islander in pursuit of work.

Yet, as is to be expected by now, the creatives involved find ways to bungle the human element here and there, but not quite to a damning extent, as there is still a discernible sweetness at its core, which is most fully realised in its mostly well-rounded concluding act.

The Grand Seduction is a classic case of misguided choices by screenwriters, that is brought to life by a director who fails to strike a fitting tone. It is a curious film, as since my viewing I have wondered, if this had been in the hands of a director who possessed a greater understanding of the material, could it have been a better film? I believe the answer is yes, but I am also confident that no one could have truly saved the script from its own intrinsic flaws.

Admittedly, given the almost poetic cinematography capturing the rugged beauty of Newfoundland and Labrador region, McKellar still manages to make his own stamp as a director. It just is not enough to salvage what is a harshly muddled experience.