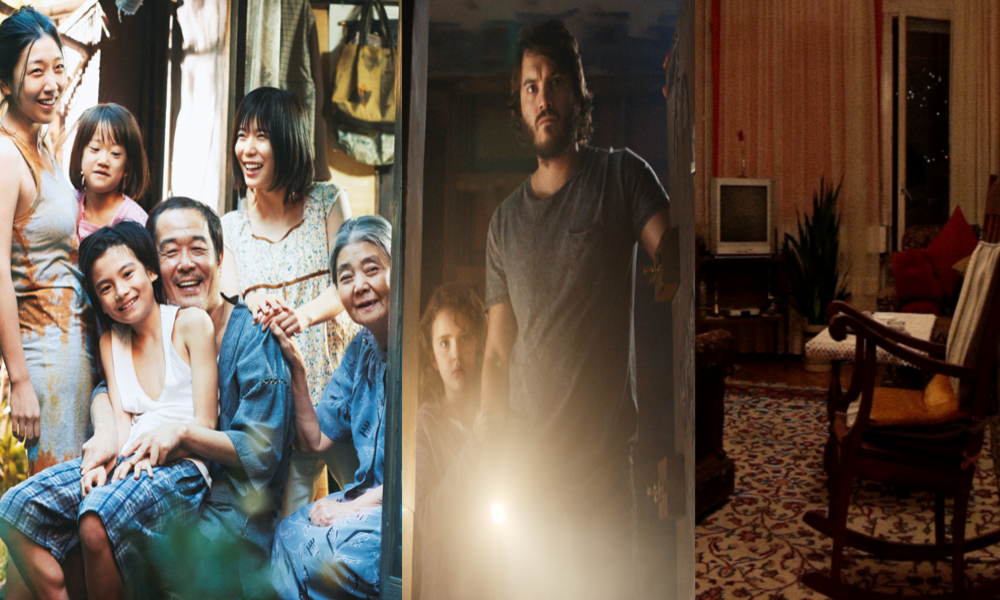 With all the films I have watched at VIFF this year, I was lucky to have watched a few that won awards. All films were definitely worthy of the award they’ve achieved. I haven’t done a threeview in a long time, so I figured what better way to review some of the greatest films of VIFF 2018 than in a simple compact style like I did years ago? Here’s 3 of the greatest films ever at VIFF.

Shoplifters (VIFF’s Most Popular Feature) – Taking place in Japan, a father and son duo, Osamu Shibata (Lily Franky) and his son Shota (Jyo Kairi) steal from a store undetected so they can provide for their large family. On the way home, they discover a little girl named Yuri (Miyu Sasaki) and the family adopts her as their own, because when she appears in missing child report on the news, it’s revealed she ran away from an abusive family. The family is much better for her as it also includes housewife Nobuyo (Ando Sakura), teen girl Aki (Matsuoka Mayu) and the elderly grandmother Hatsue (Kiki Kilin). They don’t make an awful lot in the way of money, just about everyone is trying to pull their weight with finances. Hatsue gets a small sum from the government every month, Osamu has a job, but a work-related injury causes him to stay at home more, and Aki herself is part of one of these weird services which involves a man behind a piece of glass admiring women doing sexual stuff for his own perverted pleasures. Yuri learns to get raised into the life of theft herself whilst living with the family. Despite being a family of crooks, they show to be compassionate and loving towards each other especially since they’re all struggling from time to time. While the film goes at a super slow pace, it’s still very heartwarming and even funny at times. It doesn’t end on a happy note though, as karma catches up with everyone unintentionally. Still one of the best family dramas ever directed by Hirokazu Kore-eda, who hasn’t failed yet with his style of writing/directing.

Freaks (BC Emerging Filmmaker Award to Zach Lipovsky and Adam Stein) – Sometime in the future, a certain breed of superhuman is classified as freaks, and shunned by the public where they are to be forced in confinement within a giant futuristic fortress. Our star Chloe (Lexy Kolker) is a little girl who lives with her father (Emile Hirsch) in a house that’s been boarded up and heavily protected from the outside world. Chloe’s dad keeps a sharp eye on her as much as possible and teaches her certain methods that she should do in case of meeting somebody at the door. He also forbids her to play outside and do other activities that a little girl should be doing, like having friends and whatnot. One day however, Daddy Defiant passes out and Chloe escapes, finding comfort in Mr. Snowcone (Bruce Dern), a creepy middle-aged ice cream man who takes her around town for some fun, and at the same time, finds out who she really is as well as her mother. It was a very disturbing and creepy film to watch, but it was also pretty cool too. Great concept, and an amazing way of blending so many genres, of sci-fi, thriller, and a wide plethora of all kinds of crazy concepts blended together. A little more range of Vancouver landmarks would be nice though.

The Museum of Forgotten Triumphs (Best Canadian Documentary Award) – As an elderly man is on his deathbed, he tells a story, which evolves into a documentary which tells touching historic stories about the Bosnian War from 92-95. Bojan Bodruzic chronicles his grandparents as they tell not only stories about the war and violence through the town and the fields, but also research they did and lifestyle in Bosnia. Other moments include telling how they met, getting fed up with the director’s frequent filming. It even includes some ancient footage that was even filmed from back then. Since ancient footage seems to be trending an awful lot these days. One of the greatest documentaries I’ve ever watched, not only is it educational, it’s also very funny and enjoyable to watch.