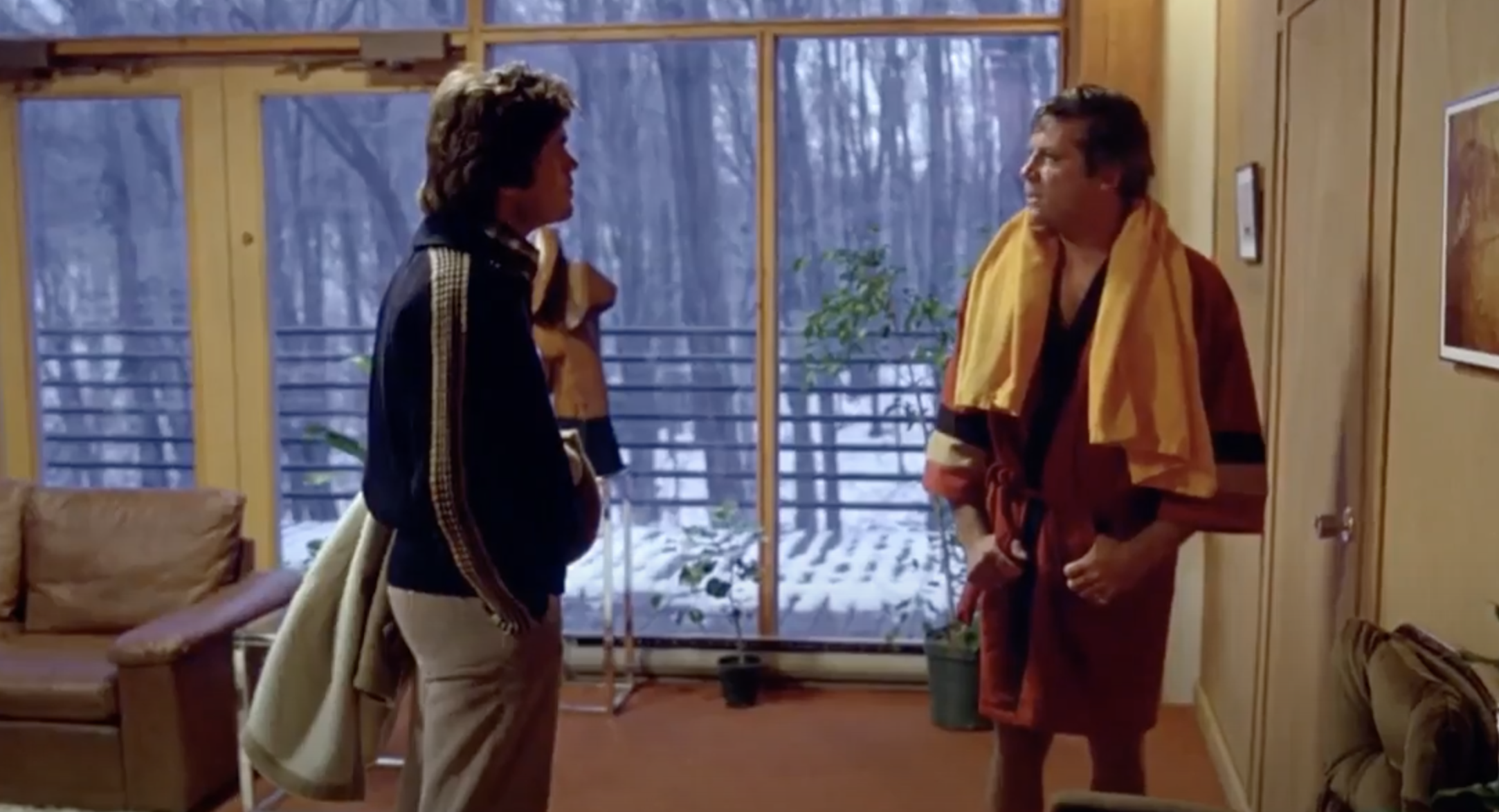 As I gradually make my way through the great David Cronenberg’s filmography, the journey this week has led me to his 1979 feature, The Brood, one of Cronenberg’s most controversial films in his storied career.

The controversy stems from its subject matter, wherein a loving father, Frank Carveth (Art Hindle), seeks to protect his daughter from his mentally ill estranged wife Nola (Samantha Eggar) after finding signs of abuse on her body following a visitation. Nola is seeking treatment from a radical psychologist, Dr. Hal Raglan (Oliver Reed), whose unorthodox methods fail to convince a sceptical Frank. Following a number of violent but strange murders whose victims are connected to Nola, Frank eventually realises, in his quest to discredit Dr. Raglan, that these crimes may in fact lead back to Nola’s treatment.

Cronenberg’s tackling of such themes led, at the time, to accusations of misogyny in his depiction of motherhood, especially given that The Brood was born of Cronenberg’s own marital troubles and eventual divorce. Though, that would be taking his impressive work here at face value, as this is one of the most thematically rich films I have seen thus far from the writer and director, tackling the subject in a manner that is more nuanced than it would initially seem.

The themes at hand are as ingrained into Cronenberg’s imagery as it is the narrative structure. Something as simple as spilled milk and orange juice acts as a metaphor, where they pool and eventually mix on the floor, creating something new that is neither milk nor orange juice, but a combination of the two. Crude as it may be, is that not parenthood at its most fundamental, where two becomes one? Cronenberg thinks so and continues with such practices throughout The Brood to compelling affect.

While most of Cronenberg’s films bask in the shade cast by his affinity for body horror, watching The Brood further exemplifies his dynamism as a filmmaker, even in that one genre, yet there is also a real sense of professional maturation in his work here. Cronenberg’s intense fixation on the physical can mask the fact that his films are just as committed to the psychological, but with the maturity found in The Brood comes a merging of the two, like parents in a dysfunctional marriage. Seems oddly fitting.

The Brood was undoubtedly a turning point in Cronenberg’s career at the time, as he fully realises the artistic merit of saturating his films in the very theme with which he is dealing. There were hints of this in Rabid, which I greatly appreciated, as Cronenberg used subtle referencing to Freud as an allusion to the psychosexual nature of his lead’s physical affliction, yet it lacked a certain visual symbolism. The Brood, on the other hand, revels in the use of its dialogue and imagery as a driving force for the theme of parenthood and its objectively dichotomous nature.

Critics at the time further condemned Cronenberg’s use of the grotesque as gratuitous, and while there is one particular moment that I am sure drove much of the discontent, in hindsight it is relatively reserved in comparison to his larger body of work. If anything, I would argue that the filmmaker’s explicit pursuit of thematic integrity dulls the edge of The Brood’s horror, lacking the visceral tension found in the likes of Rabid, Videodrome and The Fly, amongst others.

Thus, The Brood is not a letter of discontent to women and motherhood. Quite the opposite. Any who seek answers beyond the explicit narrative will find a carefully structure allegory on the dangers of misappropriated psychiatric treatment, usually at the hands of a male-dominated system (this is a frequent theme of Cronenberg’s), while the importance of a father in the process of parenthood is emphasised without detracting from the mother’s own equally important role. It is a shame that this results in a horror film where the actual horror lacks a focus that is uncharacteristic of Cronenberg, but with such a rich thematic schema, The Brood was an essential stepping stone toward his greatest cinematic achievements in later years.