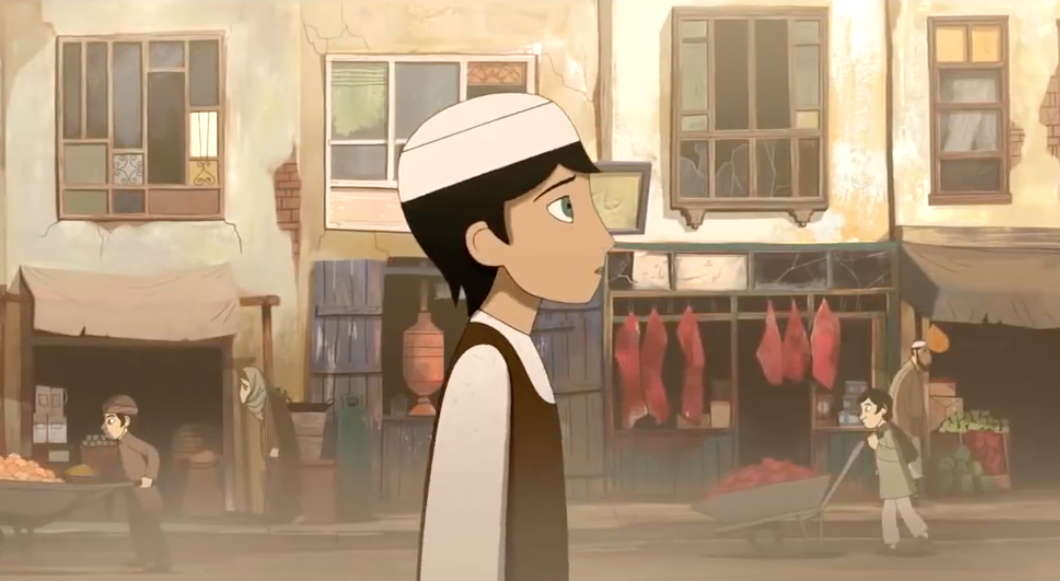 Most of the time in cinema, there is a concerted effort made to distract audiences from the fact that what they are watching is a constructed narrative. In fewer cases, there are films which deliberately remind audiences that they are in fact constructions for varying artistic reasons, a technique that legendary filmmaker Jean-Luc Goddard is particularly good at. On occasion then, there comes a film that reminds you of the constructs of storytelling, but is nonetheless captivatingly immersive in the presentation of its characters, themes, and encompassing narrative. Nora Twomey’s Academy Award nominated 2017 animated film, The Breadwinner, is one such feature, which I viewed at the ever-growing Schull Film Festival last week.

Adapted from Deborah Ellis’ book of the same name (who also co-wrote the screenplay with Anita Doron), The Breadwinner tells the story of Parvana, a young girl living in Kabul, Afghanistan, which is under the control of the Taliban. Following the wrongful arrest and imprisonment of Parvana’s father, who is the family’s sole patriarch and provider, Parvana must pose as a young boy in order to bypass the Taliban’s strict and brutal rule over women and provide for her mother, sister, and infant brother, all the while attempting to free her father.

From this synopsis, it is already clear that this is not your typical animated film-going experience, and one that does not shy away from the very real issues of its primary cast of likeable characters. Commercial animation of Disney’s ilk, for example, is usually marked by massive production values and subtextual storytelling, and while it was made on a far more modest budget, The Breadwinner is still beautifully animated, and benefits greatly from a more direct mode of narrative.

While it may be quite a heavy film to watch, to Twomey’s credit its weight is immensely well-balanced between the family-oriented presentation and mature thematics, which should be as equally insightful for adults as it is for children.

The importance of its main story is intensified by the film’s most fantastical moments, which are more typical of animated features, but its execution here is anything but typical. This is represented by a tale that Parvana tells in pieces throughout the film, entailing a young man’s journey to retrieve harvest seeds stolen by the evil Elephant King, which his village needs to survive. Parallels to Parvana’s own story aside, the tale is told as a means of escapism for Parvana and those around her, using charming animation and well-placed humour to distract from the horrors that frequently occur in their hostile environment.

However, this is just as true for the audience, who are vicariously engaging with Parvana’s story throughout. I revelled in the joyous moments where I laughed and smiled with those in the theatre around me, like Parvana was instead telling us this story, before being reintroduced to the harsh realities faced by Parvana, her friends, and her family. It is a smart narrative device, and one that is powerfully implemented, contrasting the type of animated storytelling to which we are more accustomed against the sobering nature of The Breadwinner’s narrative.

If Disney films normally go for pleasant beats of storytelling marked by moments of sincere emotional depth, which contrast well against the overall upbeat nature of the film, then The Breadwinner is the antithesis of this model. I commend the decisions made the creative figures involved, which mirror the bravery of its own lead character, and is another step forward in the context of Western animated narrative filmmaking. The Ireland-based Cartoon Saloon have released one acclaimed animated feature after another, and have seemingly become bolder with each internationally co-produced release. I fervently await their next feature, which I hope will further epitomise the resoundingly alternative approach to animated filmmaking typified by Tomm Moore and Nora Twomey in recent years.