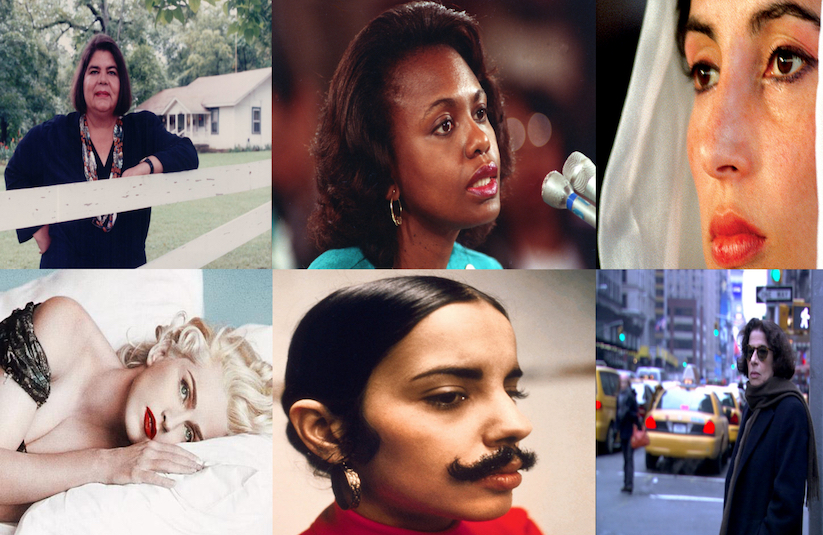 Prepare yourself, for a new kind of documentary showcase, in Toronto: Game Changers: Inspiring Women. From the geniuses of Luminato working alongside Hot Docs Ted Rogers Cinema, comes a showcase of documentaries on strong women. Some of these documentaries are even directed by women. Going over the span of a week from June 9-16 and screening in one convenient location (The Hot Docs Ted Rogers Cinema, of course), the selection is very little but plays at convenient times for those who are interested. Here’s a little bit about the documentaries being premiered.

Mankiller is not what you’d expect, instead being about Wilma Mankiller who became the first female principal chief of the Cherokee Nation. Despite discrimination, she fought hard and proved herself not just a mankiller but also an injusticekiller (that sounded better when I was brainstorming it). It will be screening June 9 at 1:00 pm.

A couple hours after Mankiller will be another documentary about taking a stand against sexism, Anita. Anita Hill is a U.S. attorney who once used her power of the legal system to fight for gender equality. It was especially proven hard given the jury consisted of white males. Nine hours of hard work is worth it, especially in this case, no pun intended.

On Sunday June 10 at 4:00 pm, comes the screening of Bhutto which explores political issues over legal issues. And takes place in another country. After Zulfikar Bhutto, the Prime Minister of Pakistan was assassinated, his daughter Benazir fought hard as a social activist to bring Pakistan into a more democratic nation. She worked hard up to her death. Talk about a freedom fighter.

Due to scheduling the showcases on certain days when people aren’t working 9-5 jobs, the next screening for this program is not until June 15 at 8:45pm. Madonna: Truth or Dare, is as you would guess, a documentary about a well-known female musician who’s been around since the 80s and this documentary focuses on her world tour and her greatest achievements. Well, at least let’s hope there’s not too many tabloids included. Anyone who likes pop culture is sure to enjoy this.

!Women Art Revolution (yes, that’s how it’s spelled) focuses on a slightly different art that is more visual than musical, along with the changes over history in Women’s Art. Highly cultural and creative. It also features soundtrack by female musical artists, so it is kind of musical at the same time as visual. Whoda thunk it? Premiering on June 16 at 1:00 pm.

Right after a documentary on art, we get a documentary on writing at 4:00pm. From the amazing Martin Scorsese comes Public Speaking, which goes on about Fran Lebowitz and the amazing points in her life. All the way back from years ago, the documentary is laced with her humorous writing and astounding speaking. Definitely a good and witty documentary to end the showcase.

But don’t take my word for it, check out more about the film series at Luminatofestival.com. Or better yet, attend the event, or at least any documentary that stands out to you the most. Tickets are only $11.50. Better buy them asap because this festival is sure to be packed for its first night.