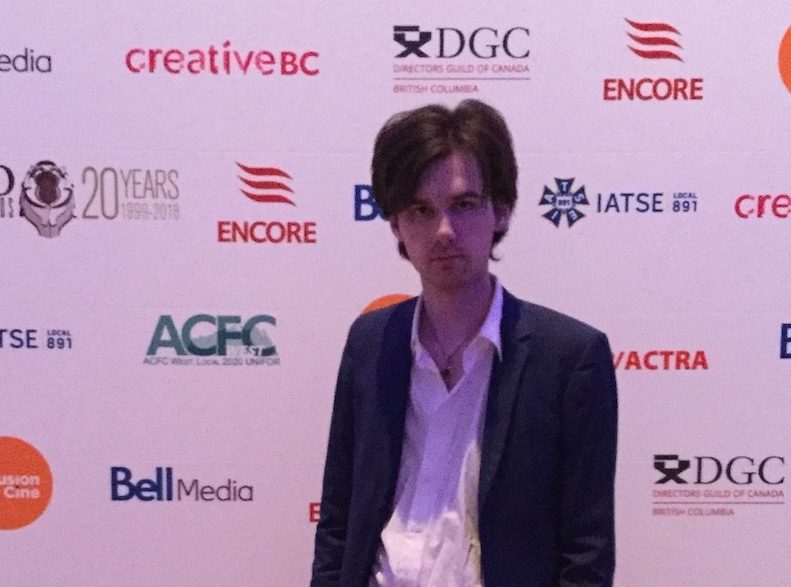 Now while BC has a fair share of Awards nights, nothing stands out better than the Leo’s, which brings together more types of people than other events/awards ceremonies. The Leo Awards gets TV shows, movies, independent films, student films, and so much more different film communities under one roof to solidify greater connections in the industry AND show people the excellence of filmmaking in British Columbia with great recognition. Walter Daroshin himself has said, “I think we’ve tapped into something that’s certainly not unique to us, and that’s this imagination that we hold around community. We always like to point to things that we think are community, but until we realize them through actually physically as human beings gathering together and doing things together, it’s events like this that create the fabric that is the community. I think that it’s sustained itself over the time being. It’s not like this industry needs another awards show or ceremony, but I felt this industry was lacking opportunities to gather, and this particular industry.” Daroshin created this ceremony himself to support the locals, not only because of our interesting communities, but to get them reference points as well, which he found really helped when he won awards from LA, New York, and Monte Carlo for a film he produced long ago. Spanning over 3 long evenings, the Leo Awards was surely one of the most amazing events to have happened this year. Let me explain why.

Receptions : Before the Awards start, the best way to bring everyone together is in a large room where they can stand around, wander, and mingle. It’s a good way of connecting with the people from different communities and getting to know your way around the industry. I managed to meet quite a lot of interesting folks here who I never even knew before on my first night. Second night had more familiar faces and even free champagne, but that was probably for certain celebratory reasons. Third night, I had other tasks to attend to (See Red Carpet). Awards Ceremony : Now we’re getting into the good parts. The Awards ceremonies are hosted by enthusiastic people from different necks of the industry. Local Actors, producers, filmmakers, many different people who come up with hilarious lines to say while presenting what seems like the longest list of awards. And the list spans about 3 nights. The first night was hosted by Lucie Guest and Kalyn Miles, who did their best to tone down any considerably offensive jokes/material as not to upset anyone. Blunt but hilarious way of saying how thin-skinned people get over a tiny quip or some name. The two ladies even managed to poke fun at sound people in an amusing way that even sound crew members would get a laugh at. After watching that, would particularly like it if a sound guy had a can of beer on his person to give me. The second night was a lot more lively because it opened up (and was supplied) with a live band, the appropriately name Leo Awards Band. I can’t really be too judgmental, admittedly I’ve heard less imaginative band names in the past. And the Second Night was hosted by Peter Kelamis, who I thoroughly enjoyed. This guy was hilarious. He really knew how to keep an audience engaged. Finally, the Third night was hosted by Brent Butt and Nancy Robertson, as they reminisced about their past roles on shows together. And every awards show had lots of presenters for the many different categories. Aside from awards, and the joke-cracking presenters, ceremonies also featured a PSA about mental health on film sets, and even some funny short productions, which were about relatable things such as only getting nominated or not getting a role. Even more hilarious was an iMovie production featuring pictures of celebrities that I think we all wished were dead. Second night had a live performance of Tiffany Desrorsiers singing Hallelujah. It moved some of us to tears including myself. The dinners before those were also quite delicious.

Red Carpet : What is an awards ceremony without a long line of red felt where nominated filmmakers can get pestered by media jackals like yours truly? Sandwiched between two camera crews doing live Youtube shows, the whole Vancouver branch of hnmag.ca (all 3 of us) stood at a spot to grab some quick 2-4 minute interviews with those who got nominated. It certainly seemed pretty compacted at times. Basically, we winged this one because we’ve never actually done it before. But despite the new digs, this got well coordinated, for the most part. Usually when you do an interview with someone at a film event, they’ve got all the time in the world. Still we got some quick simple interviews, with many nominees and award winners, Stay tuned for Darren and Shaun’s upcoming articles.

Afterparty : If you’ve won an award at the Leo’s, head to a nearby backdrop and get your photo taken then mingle with the crowd. If you’ve simply been nominated, mingle with the crowd. A good chance to get together with people, discuss projects, meet individuals and so much like the Receptions. Everyone was very fashionable, in lots of high class attire, and everyone there was so happy to reconnect and make new connections. The entire evening was a complete highlight for me.

With all the awards at tonight, which I am not going to list all of (Check @leoawards on Twitter for that), I’ll instead discuss what are the greatest films to have won. While Dirk Gently has gotten the most awards, The greatest film that has won Best Motion Picture is Black Kite. No, not the bird. This story is about a man in Afghanistan named Arian who loves flying kites, only for Taliban to forbid it. But our fair man still wants to show his young daughter the fun of an activity that’s always been fun. Well, maybe not quite. My kites could never fly. But still, it’s a magical film. The Outstanding Achievement Award was given to Arthur Evrensel, who has been quite an impact on the industry and gave an inspiring speech. Inconceivable got quite some amazing recognition itself having won Best Web Series, talk about Deja Vu. The 20th year of the Leo Awards has proven to have been the best ever. It had everything. Awards, positive atmosphere, and a lot of attendees who are sure to talk about this even when the next one passes. An amazing event, with amazing people. To Walter and Sonny, keep up the good work, men.