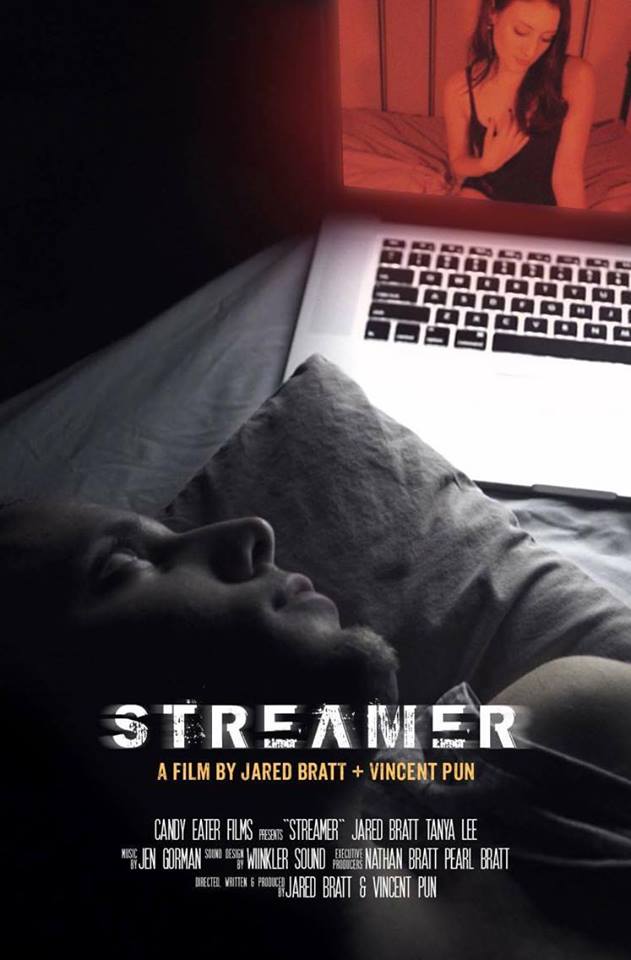 Isolation. Solitude. Nobody wants to be alone, right? Maybe some do but that depends on the case. That’s what the film starts out with. Jared Bratt plays our protagonist who laments about his horrible life and how he does things to make himself noticeable but girls clearly don’t care about him. All he wants is a woman to be in a relationship with. Any kind, really. Maybe a hot mess, maybe a kidult, maybe a dainty princess-like type, who knows? Maybe even a small-town girl would work for him. But alas, girls hate him for unknown reasons and he’s a 28-year old virgin. And like the title indicates, he streamed a little movie. And it’s time to do what all people with a single-perspective do. Post their opinions on the online dumpster of whiny vlogs known as Youtube.

Well, Jared goes on with his usual day-to-day routine, going to the gym, eating at a restaurant and coming home to nobody. But he’s not the only one alone out there, as someone else is waiting for companionship too. It just so happens he discovers one of those cam girl websites on the Internet and makes a habit of watching one girl (Tanya Lee) online. To his surprise one day, he discovers she also lives in the same condo as him. He does by chance meet her a couple times and even do a private conversation with her on the website while she doesn’t know it’s him. Finally when he manages to get her in his condo because he has some weed for them to share, the two hang out on his balcony and talk about their work. He’s a filmmaker and she’s an actress. As time passes, the two get to hang out more and more throughout a couple days. Then one evening, our main star Jared sees his love interest meeting up with a guy (Brennan Pedde) who is clearly indicated as her boyfriend. That’s when the heart-crushing moment initiates. We’ve all been there before. What does this mean for Jared? Well, it means jealousy for one thing. The next time he meets his lover and shows her some pictures from a photography session, it’s apparent she’s talking about her boyfriend more and more. But at the same time, they still spend lots of free time together. But is it true love between them or is it just a little bit?

This was an amazing artistic film that was done with very minimal work even. Jared Bratt not only stars in this movie but also directs it along with producing and even wrote it, with the help of Vincent Pun. The use of grayscale during the photography/movie watching moments added some romantic authenticity and the red contrast added to the feel during some of those other big scenes. It also helps with the dark lighting in use for the scenes that take place at night. In fact, I might as well say the lighting and the visual effects practically make the show what it is. It all adds to that one story where you find someone you love and feel they’re the one. It also combines the element of stalking somebody as well. The plot is seamless and told in an interesting way, the characters are very generic but you can really feel them. Everything just comes out great. And it also goes to show love isn’t always what it turns out to be, as neither is it a good idea to really monitor someone’s every moves online.