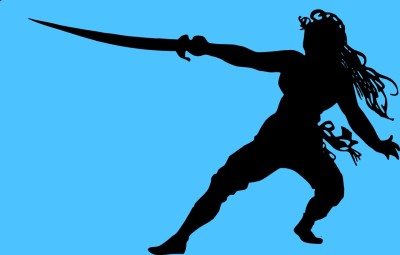 Requiem for Romance is about a couple. Mainly, the story is their personal top secret confidential love affair. Starting out with a phone call, and then transitioning into an animation of some kind of bird, in a tree, in a jungle area, and moving straight into a small Chinese town.

While this animation rolls along into two Chinese warriors duking it out, the couple engage in a phone call where Yun (Shannon Kook) calls her boyfriend Tsai (Meilie Ng) to tell him it’s over. She explains she’s been lying to her parents and telling them she had no relationship. Yun tries to get her back by talking her out of it, listing whatever reasons he can come up with.  Yun’s doing pretty well for himself but they eventually both break down and then start reminiscing about how they met in person long ago. Tsai claims the relationship wasn’t meant to be. Yun expects to live a happy ending and then they start talking about cliches in Korean movies. Actually, a Korean movie would’ve been interesting to check out about now.

All this time, the two warriors  battle through the little village,  shredding up the tapestries inside of a building, jumping outside and then setting the village on fire, only for the rain to put it out. Then they get on horses and ride away somewhere.

I feel like I’ve seen this a couple years back, but I’m not entirely sure. The animation was exciting and made it seem like the phone call was more than meets the ear. Adding any kind of animation to a conversation is what makes someone interpret it in an artistic way. As long as the conversation isn’t me and someone who I may have worked with, only for them to go ballistic.

Actually, what kind of animation would accompany that?