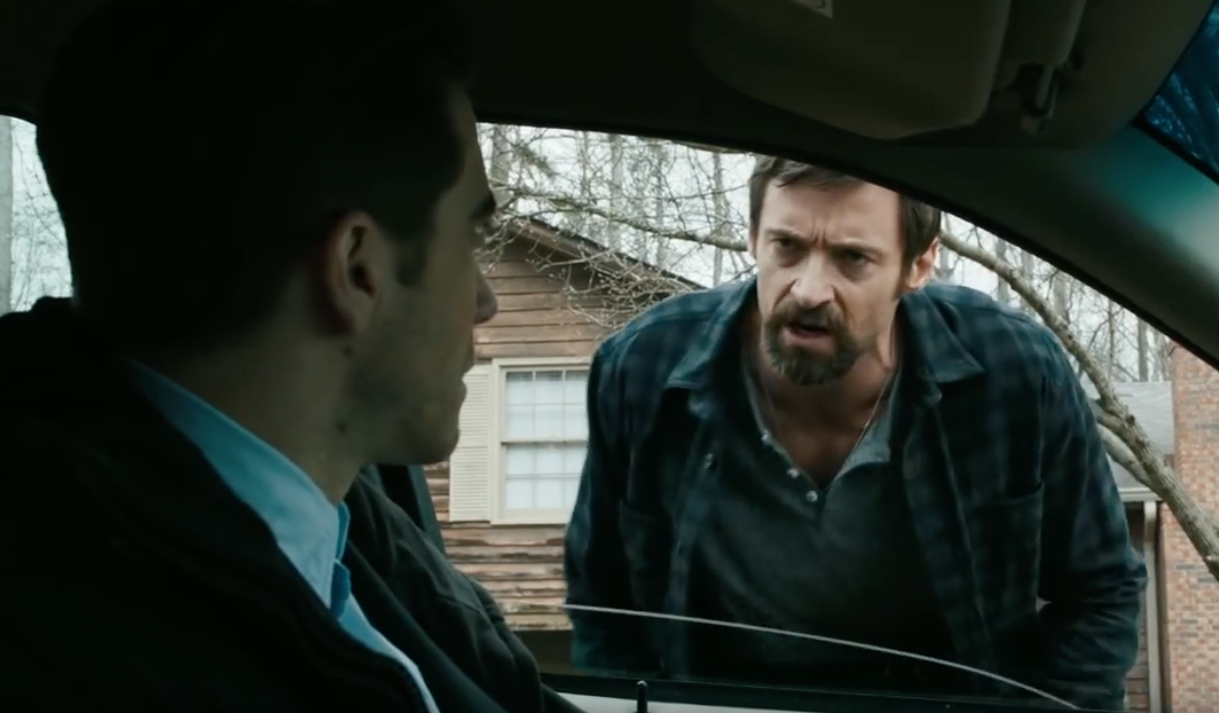 It opens with a father and son patiently waiting amongst the trees, as the father recites the Lord’s Prayer, before a deer reveals itself and the shot is taken, presumably penance for taking a life. Belief such as this can define a person, but when challenged, can override other values, in turn driving them to extremes they never thought possible. Quebec director Denis Villeneuve places such a motif front and center in his 2013 English language debut, Prisoners, with the rarely incomparable style and vigour for which he has become known.

Set in rural Pennsylvania, the lives of two families are turned upside down when their daughters go missing during their Thanksgiving festivities. Keller Dover (Hugh Jackman), the aforementioned father of one of the girls, decides to take matters into his own hands when the police release the man he believes committed the kidnapping (played by the great character actor Paul Dano), capturing and torturing the young man in his quest for answers. Meanwhile, the renowned Detective Loki (Jake Gyllenhaal) investigates the girls’ kidnapping, only to make several unsettling discoveries which he believes are somehow interconnected.

A major reason I so appreciated Prisoners is because of its willingness to occasionally defy convention, even down to as small a detail as Loki’s dynamic relationship with his police captain. Loki is a respected detective who has solved every case he has ever investigated, and thus he is fittingly characterised by the way in which he devotedly investigates this particular case, which can involve sincerely telling his own boss to “Go fuck yourself,” with little repercussion given his track record. This is central to the character work of Prisoners as a whole, because it is admirably unafraid to blaze its own narrative trails without consideration for what some might consider ‘tasteful’ and ‘by-the-books.’

As such, Prisoners is an uncompromising film that boldly attributes significant, and even positive circumstantial outcomes to dark and morally controversial actions taken by key characters that compellingly contradict their respective natures. The fact that Villeneuve was able to pull this off so believably is tribute to the director’s astute comprehension of Aaron Guzikowski’s emotionally and thematically complex screenplay, which is delivered by a powerhouse cast. Gyllenhaal and Jackman are particularly outstanding here, the latter of whom gives what I believe is the strongest performance of his career.

On top of all this, the unravelling mystery of the film is expertly crafted by the writer, director and the film’s editors alike. By comparison, I watched 2017’s Wind River a number of months ago, which I found to be a serviceable mystery-thriller at best. This is mainly attributable to a buildup that weaves few webs of intrigue, relying instead on its admittedly well-wrought emotional depth, only to deliver a conclusion which, at the very least, disservices any air of mystery that came before it. Also, a note to all you prospective writers out there, if you are going to introduce the villain(s) only when they are caught in the third act, it is going to take one hell of a conclusion to justify that, à la David Fincher’s Se7en.

But I digress. It takes well-placed red herrings to throw a viewer into an air of true uncertainty, and for me Prisoners has this in spades. There are so many enigmatic threads at play that it is hard to know the source of them all, or to understand how they are ultimately connected, lending credence to Guzikowski’s strength as a screenwriter. It must be said, though, that some decisions made by certain characters, namely Jackman’s Keller, conspicuously defy logic in the name of tension, yet this ultimately does little to distract from the consistently powerful performances and sure-handed direction.

As stated in my opening, belief is a persuasive factor in defining any individual, and after seeing Prisoners, I am of the belief that Denis Villeneuve is indeed one of the finest directors working in cinema today. There is an exacting standard to his direction, where each and every shot feels thought-out and intensely deliberate, while always delivering significant emotional weight, even in a film like Sicario, which I found to be more problematic than his usual work. Prisoners is a taut, deftly balanced, and masterfully executed mystery-thriller that transcends the genre in a manner that demands viewing.