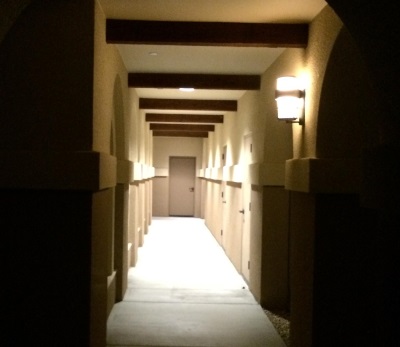 I decided to check out something different today. This was a short film called Next Door, a lesbian movie about a small group of girls who share a close bond and the same flat. There’s Coco (Henrike Krugener) who is currently writing her own song, Sara (Sinha Gierke) and Jule (Agnes Bethke). The last two have to deal with an incident from the night before, specifically both of them falling asleep together after a boring movie.

Sara really wants to talk to Jule about what went on earlier, but Jule is a bit uncomfortable how things went. Eventually, Sara apologizes and the two start to draw closer to each other. Soon, Coco offers everyone spaghetti for dinner and the fourth girl, Maike (Grete Melzer), comes home from a really long trip. Maike appears to be in a relationship with Sara, and Jule starts to feel uncomfortable just thinking about how Sara is cheating on her.

During a flashback, it reveals that Maike also cheated on Sara with a guy, making it apparent that she is a bisexual. Coco tries to discuss the issue with Maike while Sara and Jule try to work things out even more. It just so happens that particular evening, as things switch around, the truth is slowly coming out amongst them as well.

Once again, another strange type of French-language film, but since this wasn’t from the usual company’s productions I watch, it felt a little different. It really shows a lot of emotion between these girls. The use of the flashbacks actually helps the story proceed better, and the whole scenario actually was interesting to watch. Ending doesn’t seem like much itself, but it’s just as moving as the rest of the film.