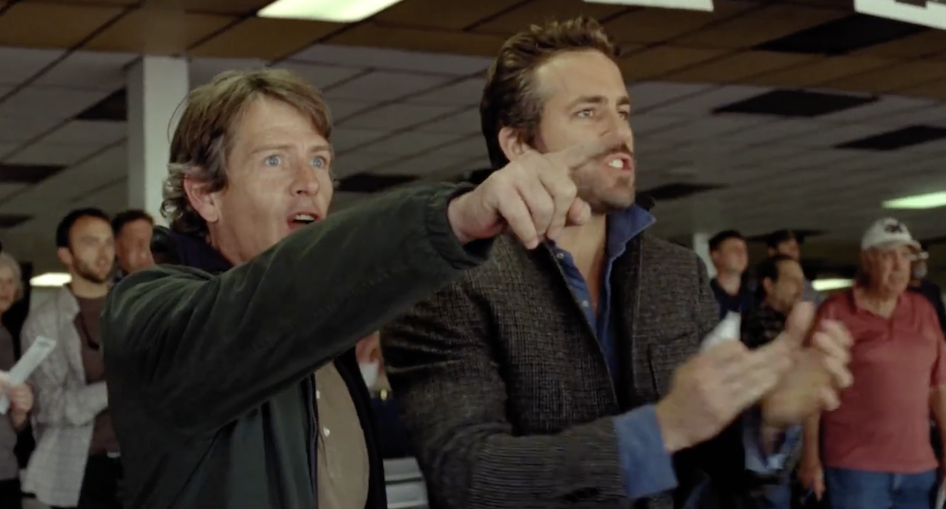 As the opening shot fades in on rural Iowa farmland, the immaculate arch of a rainbow soon follows, lingering for a few fleeting moments before everything abruptly cuts to black. Such a sombre image might seem to conflict with, say, the intensity of high-stakes gambling, but it perfectly encapsulates the measured character piece that is 2015’s Mississippi Grind, written and directed by Anna Boden and Ryan Fleck.

In keeping with the opening shot, the leads are chasing a (figurative) pot of gold, there is a reference to leprechauns at one point, and, of course, Ryan Reynolds is Ben Mendelsohn’s lucky charm.

Mendelsohn plays Gerry, a down on his luck realtor and gambling addict who owes money to the wrong people, but everything seems to change when he meets Reynolds’ Curtis, a happy-go-lucky drifter whose infectious personality grants Gerry another lease on his luck. The two become fast friends and go on a road trip to New Orleans seeking their fortunes.

The premise might sound like a road and buddy movie all wrapped up into one, but Boden and Fleck avoid the well-worn clichés of both genres, boldly opting to blaze a trail of their own. Mississippi Grind hardly reinvents the wheel, but the filmmaking duo expertly deliver a tale of two lost souls trying to find their own ways in life, with a snappy script that is unafraid to subvert expectation with conviction. Perhaps most admirably, Boden and Fleck resist the urge time and time again to bog the viewer down with unnecessary exposition, whether it be various aspects of their lives that can be shown rather than told, or even how to play poker. What really matters is how we, the audience, pick up on the breadcrumbs left for us.

This comes at a price, however. Mississippi Grind can sometimes get lost in its own profundity, particularly in the latter half, where it veers dangerously close to a sense of aimlessness. I fell in love with the film early, which made this lull all the more evident, but thankfully it neither lasts long nor irreparably damages its overall impact, especially as the consistently inspired performances from Mendelsohn and Reynolds are there to keep the die rolling.

Last week, I published a list of the best roles of Reynolds’ career, but after seeing him in Mississippi Grind, revisions must be made! Reynolds does his usual shtick as the charismatic joker, though without ever losing sight of what makes Curtis human, even to the point of being uncharacteristically morose for a period. Reynolds’ performance style tends to turn his characters into caricatures, which is part of his commercial appeal, but here the actor churns out one of the most believably palpable performances of his career.

Meanwhile, Mendelsohn effortless channels Gerry, making it clear the screenplay resonated with him. Where Reynolds plays a drifter seemingly without a care in the world, Mendelsohn plays a degenerate gambler with every worry in the world, and thus requires a more dynamic performance, which Mendelsohn delivers in spades.

With a runtime of roughly one hour and fifty minutes, Mississippi Grind is a lean experience that wastes no time on anything that doesn’t further its leads. While that works on the whole, it means that the impressive supporting cast of Sienna Miller, Analeigh Tipton, and Alfre Woodard, who shine in their roles, are unceremoniously cast to the side. The veteran Woodard is particularly impressive, as her portrayal of a loan shark adds a new lease of life to this tired role type (credit must also go to Boden and Fleck’s writing and direction), but her brief appearance left me pining for even just one more electric scene.

When all is said and done though, Mississippi Grind is a film that offers a refreshing take on the done-to-death road movie concept, embracing it more in structure than in overall execution. Although it infrequently trips always the way, it never falls, making the journey as rewarding for the audience as it is for Curtis and Gerry.