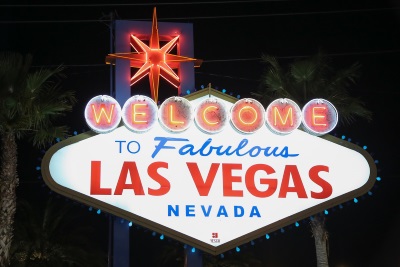 There are some movies that are good, some that are bad, and some that are so bad they’re kind of entertaining. I’ve seen student films and indie films of all sorts with differing results. Today’s film just so happened to be the most ridiculous film I’ve seen:Las Vegas Warrior, a Canadian produced movie that’s supposed to be about action.

Our film starts with a journalist named Chase who is required to write an article about two karate (or as my martial artist brother says “Tae Kwon Do”) fighters. As she heads to Las Vegas with her cameraman Andre and her assistant Jimmy Olson, they record interviews with the two fighters and attempt to get footage of fans with semi-success and cliche dialogue. (Jimmy: “A few more shots, then we’re done like dinner.” Andre: “Oh, that reminds me, I’m starving.”)

One of the fighters, Suk, is having some trouble concentrating, but he remains confident that he’ll win. After the cheesiest possible opening text for a wrestling show, the two announcers, Davis Dickson and former wrestler Bas, state the rules. Suk and his opponent Alexis duel it out.  After several minutes of shaky footage and fighting that’s better than the movie, Suk finally gets the upper hand, up to the point where Alexis is down and out, leading to death.

Chase then plans to go after Suk and get some more of the story. After they try to get some interviews from people on the street he lives on, Chase eventually meets a fish salesman/gambler named Gil (I’m NOT making this up) at a tavern full of freaky-haired patrons. Gil takes her to a secret underground fighting area where Suk and other muscular dudes duke it out. Chase starts to take lots of interest in underground wrestling and plans to expose it, much to Suk’s annoyance. When she tries to get another interview with him, he says he’s not ready.

Suk later gets confronted by the lords of the underground wrestling organization who demand to know what Chase was doing there. Now Suk is stuck deciding whether to defend Chase from the threats of the wrestling lords or to defend the lords from Chase.

This would’ve been an interesting story for a movie, but some parts of it were just confusing. Who would join a fight club after their father got killed by it? And as I’ve said before, the fight scenes are great but the dialogue is so cheesy. However the fight scenes do pretty well for themselves and the movie has its moments but, personally, it’s more ridiculous than anything else I’ve seen.