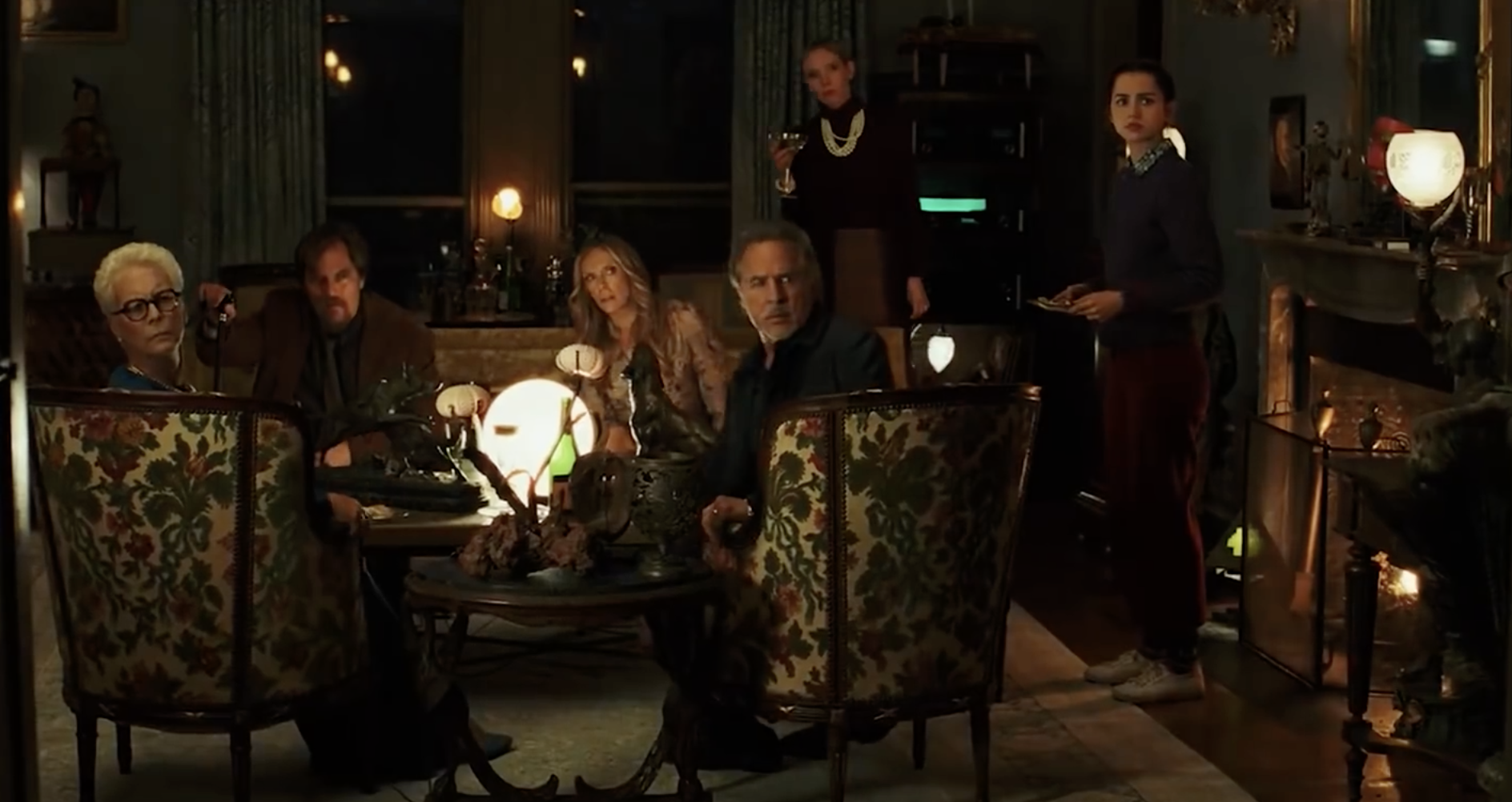 As is the case each year, early film festivals such as the Toronto International Film Festival act as indicators for ‘the ones to watch’ come primetime season. Given that each season of cinematic recognition is, without fail, a political minefield, the tides can easily change on a film and its participants, but one that has stayed course and nabbed several nominations at key ceremonies is Rian Johnson’s Knives Out.

Although this is the first film to come from Johnson since the most commercial film of his career, the divisive Star Wars: The Last Jedi, the writer/director has established himself as an auteur who likes to inject a neo-noir style into his works, and Knives Out is no different in this regard.

Knives Out sees Johnson returning to the murder mystery concept for the first time since his debut, Brick, in 2005, though this time he veers into Agatha Christie territory with his own modernised take on the classic whodunit formula. The film begins predictably begins with a dead body, as the corpse of family patriarch and world-famous mystery writer Harlan Thrombey (Christopher Plummer) is found by his housekeeper the morning after his 85th birthday. The nature of Harlan’s death is overtly suspicious, and so police elicit the help of renowned private detective Benoit Blanc (Daniel Craig) to investigate not only his death, but also the unscrupulous members of his family.

What follows is a masterclass in genre subversion by Johnson. His plotting is complex but accessible, leaving no audience member behind despite the ever-evolving dynamic of the mystery at hand. Part of the genius is that Johnson brazenly dangles the answers right in front of his viewers, but never does he taunt nor pander. The latter is especially vital to Johnson’s own formula, as he is constantly toying with our expectations. Obviously not everything is what it seems, but just when it appears the jig is up, Johnson throws another curve ball that exploits what we know about the genre in exhilarating ways.

You can tell that Johnson is having as much fun as the audience too. His direction is consistently on-point, as he effortlessly juggles noir, murder mystery, drama and comedy to gleeful effect.

The filmmaker subverts convention so masterfully that it is frequently hard to tell if Craig’s Benoit Blanc is the genre staple uber-P.I. or just a superficial caricature that plays right into Johnson’s subversion. You will of course have to find this out for yourself, but what I will say is that much like his character’s introduction, whereby Blanc repeatedly strikes the same piano key during interviews with Thrombey family members, Craig’s performance hits all the right notes.

While on the subject, the entire ensemble cast bring their A-game, each of whom are no doubt bolstered by Johnson’s direction, but nonetheless exude their own respective bravura that makes their characters feel wholly unique. Admittedly, the likes of Lakeith Stanfield, Jaeden Martell, and Canadian veteran Christopher Plummer are, to varying degrees, given less to do than others, but each emphatically rises to the occasion when called upon.

Besides the aforementioned Craig, those who do earn the bulk of the screen time, such as Ana de Armas, Michael Shannon, Jamie Lee Curtis, Toni Collette and Chris Evans, excel in their aptly-cast roles. De Armas is a particular standout, not necessarily because she outperforms the others, but rather she proves that she has the ability to carry a film of such magnitude and wall-to-wall talent, which is crucial considering that she is the audience’s emotional surrogate throughout.

Whether it be in the performances, direction, writing, editing, cinematography, or even the set design, there isn’t an ounce of fat to be found on Rian Johnson’s sleek Knives Out. It’s a fresh take on an age-old genre, and although I will concede that the mystery’s resolution lacks the explosiveness promised by all that preceded it, it makes sense in the grand scheme of things and never feels like it’s reaching.

Knives Out is unquestionably deserving of all the attention it has garnered since premiering at TIFF, with every last twist and turn duly earned and all the talent in the world to back up, resulting in one of the finest films of 2019.