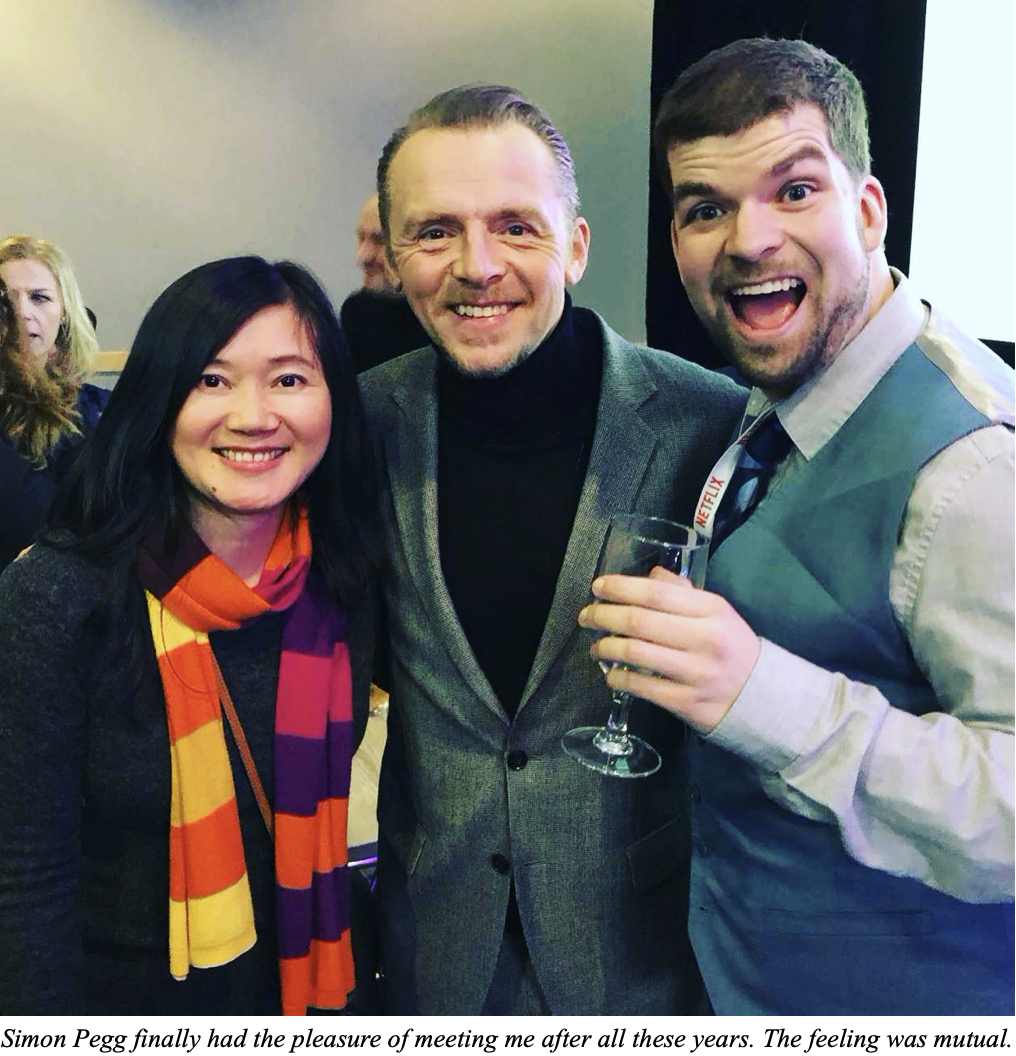 “We’re recognized as Canada’s coolest film festival.” Whistler Film Festival founder and executive director Shauna Hardy Mishaw proudly states as we chat at the expansive Whistler Conference Centre. “They grabbed onto that quote and now it’s been their catchphrase for the festival.” remarked writer/actor Jonas Chernik several days earlier as we chatted about his film, one of the many Canadian premieres at a festival that has become as renowned for its industry focus as well as its colourful programming.

Despite having long attended VIFF since re-locating to the lower mainland in 2013, I had yet to experience WFF until this year due to work, holidays, cost, you name it. I had no such excuses this year with passes, transport and accommodation taken care of (Send my Editor Nick an Xmas card folks!). Unlike the two week marathon of other festivals, WFF is a comparatively shorter and sweeter affair. “It’s got a really amazing energy.” Chernik remarks as we continue our chat. “They really strongly program Canadian films which is great.” His own aforementioned film is his second at the festival after having premiered My Awkward Sexual Adventure back in 2012. This time around, he’s added his own entry to the long loved time travel genre with James vs His Future Self. “When I started writing movies about 20 years ago, I knew that one day I wanted to do a time-travel movie. I realized that my way into time travel stories is gonna be comedy. That spawned the idea of a scientist who is about to discover time travel when he’s intercepted by himself from the future who is pissed off, angry, grumpy, rude and disgusting.” Chernik and director Jeremy Lalonde were fortunate enough to score Daniel Stern for the future version of the titular protagonist who delivers his most memorable performance in years.

The time travel theme continues, albeit metaphorically in The Cuban which made it’s world premiere at WFF with star Ana Golja and director Sergio Navarretta in tow. “I really want to encourage the younger generation to open up with our elders and learn.” relates Navaretta on his film about a young nurse (Golja) who reawakens a nursing home patient’s (Louis Gossett Jr) love of life through Cuban Jazz. “ That’s really the spirit of this film” chimes in Degrassi-veteran Golja. “The core of story is just cherishing every moment with our loved ones.”

But it’s not just finished films on display here at the fest. The concurrently running WFF Content Summit gives developing ideas a shot at being realized through workshops, presentations and the coveted power pitch competition. “Our main purpose was to find some kind of producing partner that we were lacking and this exact person came up to us right after my pitch.” actor Osric Chau recalls. He was in town to pitch Kin, the story of a son who comes to realize his parents are more than the caricatures he’s formed in his own mind. “I love that idea that we’re all of a generation of peers coming up around the same experience level and we just wanna help each other out.” he says of the unique atmosphere of the festival. “(In) Whistler I definitely felt that.”

WFF certainly featured a cast of who’s-who in the Vancouver film scene. Familiar faces included directors Zach Lipovsky and Tony Dean Smith, the latter who won Best BC Director for his breakout sci-fi thriller Volition. Vancouver screen mainstays Sara Canning, Andrew Dunbar, and Adrian Glynn McMorran could also be spotted between venues. But it wasn’t just local heroes in attendance. A few Hollywood legends could also be seen promoting their latest projects including Joe Pantoliano (From the Vine), Chelsea Peretti (Spinster), Will Patton (Hammer) and Simon Pegg whose schizophrenia drama Lost Transmissions opened the festival. I was fortunate enough to meet and chat with him long enough to thank him for Shaun of the Dead! “I would suggest that because it’s a destination festival.” notes Shauna as we wrap up our hastily arranged chat (a festival director never rests!) “People have to really make a commitment to coming here. But when you’re here, you’re at the festival, so you’re very focused. It’s a very intimate experience.” It’s certainly a worthwhile one whether your a filmmaker, cinephile, or just looking to catch a good flick or two between ski runs. Count me in for next year.