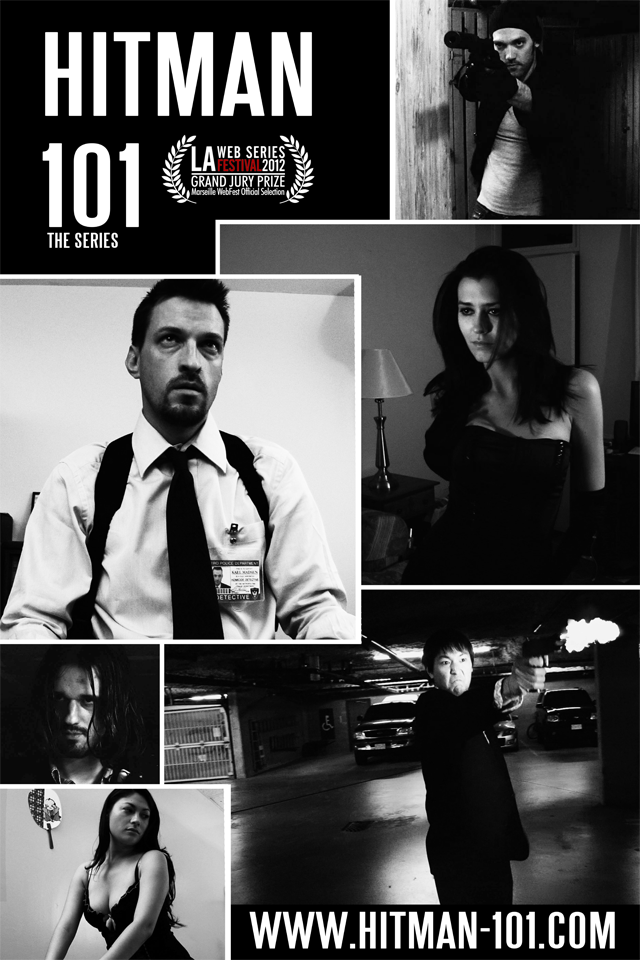 Created by Scott Staven, Hitman 101 chronicles a week’s worth of adventures of a man (Georgie Daburas) who goes by the name of John Smith and assassinates certain targets as required by an unconfirmed source. In the beginning, he simply murders a toy collecting nerd in his condo and takes it over. From there on, he kills whoever he’s required to. At a few points in his life, he takes the wrong turn with aspects of his job, including getting framed for a murder he didn’t do, and getting involved with an unlikely ally by the name of Eva (Laura Adkin). When he’s required by a certain gang leader to kill off several jury members of a certain case, his crime wave gets more noticed around the city and it’s up to two mediocre detectives (Timothy Lyle and Jackie Froese) to solve the mystery and nab the suspect. Chaos ensues and John Smith finds himself dealing with problems getting worse. In the end, it’s hard to say if he really  solves everything. On occasion throughout the series, John Smith picks up a camera and does a private vlog/journal for himself so as to relieve any feelings of negativity he has gained while on the job.

An intensely driven series, the story was perfectly arranged and the characters were well acted. Not only did Daburas do a good job, but so did the detectives. The blood and the makeup looked genuine and professionally done. The music was kind of basic and not exactly original, being from royalty free sources, but it still mastered out as pretty basic soundtrack. All around action that was uprising and driven with power, the series does a good job at capturing what goes through a hitman’s mind when he finds himself dealing with personal issues, revealing he’s not as much of a sociopath as most would take him for.