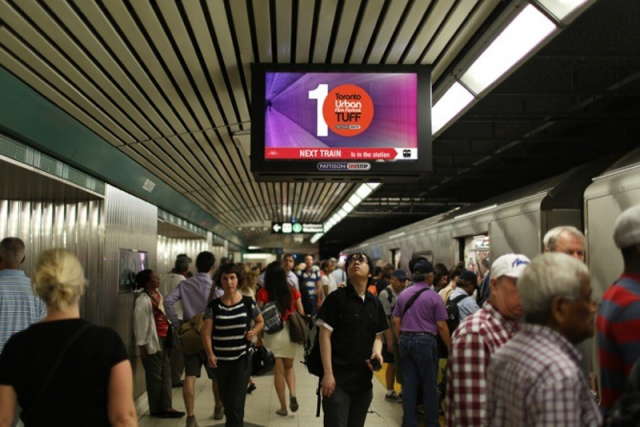 (Via Marketwired) How much can you say in one minute of silent film? That’s the challenge thrown out by the Toronto Urban Film Festival (TUFF). North America’s longest-running commuter film festival, now in its 10th year, is calling for the best one-minute silent films from around the world. They’ll be chosen by a distinguished jury and shared with millions of commuters on Toronto subway platforms later this year.

Besides the chance to be seen by an audience of over 1.2 million daily commuters, the Festival offers several cash awards and prizes, with the largest set at $3,000. There’s no restriction on genre, and there’s no entry fee if you make the early deadline of May 15th (after that, it’s $20 to enter, up to the final deadline of July 15th). You can check out the full rules, watch past winners, get tips on one-minute filmmaking, and find out how to enter here at the TUFF site.

(If you’re in TO, you can even film on TTC property — without prior permission if your setup isn’t too elaborate.)

Entries that are too edgy for a subway platform may end up on the online-only Too TUFF for the TTC.

TUFF is produced and presented by PATTISON Onestop and supported by Art for Commuters.