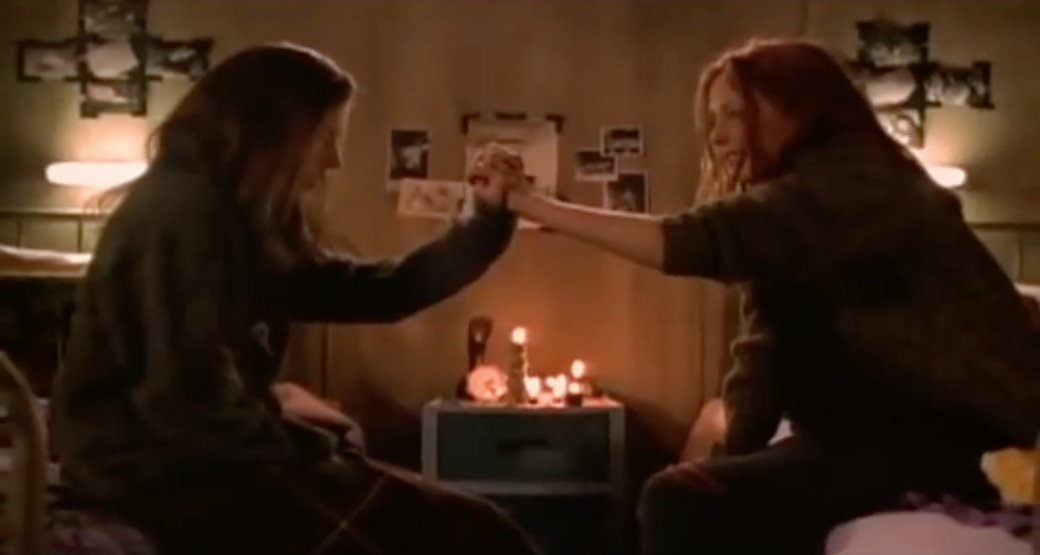 Teen flicks are a lot like horror films: they saturate the market with mostly subpar features, with the hopes of cashing in on their seemingly unwavering popularity. With that being said, when a well-received film in either genre crops up, audiences tend to pay attention. Mean Girls and recent smash It (which is now the highest grossing horror of all time) are perfect examples of this, but on occasion there comes that rare film that successfully juggles both genres, but goes unnoticed in the box office. John Fawcett’s 2000 film Ginger Snaps is one such film.

It opens in a suitably gruesome manner that sets the tone for what is to come, before seamlessly introducing viewers to main characters Brigitte (Emily Perkins) and Ginger (Katherine Isabelle), two inseparable sisters obsessed with the concept of death. Considered social outcasts in high school and bullied by the school’s ‘it’ girl Trina Sinclair (Danielle Hampton), the girls sneak out hoping to prank her, but instead Ginger is attacked and injured by a werewolf, which is run over and killed as it was chasing them. Following the attack, Ginger must not only tackle changes brought on by puberty, but also the virus inside her which is slowly turning her into the same bloodthirsty creature that attacked her.

The concept of lycanthropy operating as a virus is a welcome spin on its mythos, allowing for some interesting developments in the plot, while also creating a comfortable distance from other by-the-numbers werewolf-themed horrors. On the teen-side of the genre spectrum, then, is stands as a well-realised representation of high school politics that would be welcome in any coming-of-age film…provided there was a more grounded twist to it than werewolves of course!

Speaking of which, Fawcett does a good job of handling the clever juxtaposition between the element of werewolf transformation and its themes of adolescence. However, his screenplay (co-written with Karen Walton) sometimes tries too hard to draw attention to this, instead of downplaying it with less obvious screenwriting ploys, which in my opinion is the film’s greatest flaw.

I found Fawcett and Walton to be a touch too transparent in their attempts to use lycanthropy as a metaphor for puberty, which is made excessively clear when Ginger has her first period right before being attacked by the werewolf (of all the times, would you believe!). Adding to this is the film’s least inspired character, Brigitte and Ginger’s mother Pamela (Mimi Rogers), whose mollycoddling of her increasingly rebellious daughters has been seen in every teen flick ever, making her role seem more obligatory than it is purposeful in a film that pursues nuance.

In spite of all this, said issues come to now more than minor annoyances that do little to tarnish the final product. Ginger Snaps still stands as a successful subversion of two overwrought genres; in ways that the Twilight films could only dream of (even if the first entry is somewhat of a guilty pleasure of mine). Lead actresses Perkins and Isabelle deliver strong performances, while the screenplay’s aforementioned issues are far less obvious when depicting the growing rift between the sisters as Ginger undergoes her metaphorical transformation. With some dark comedy is thrown in for some good measure then, Ginger Snaps is certainly a feature that has a lot more bite than bark.