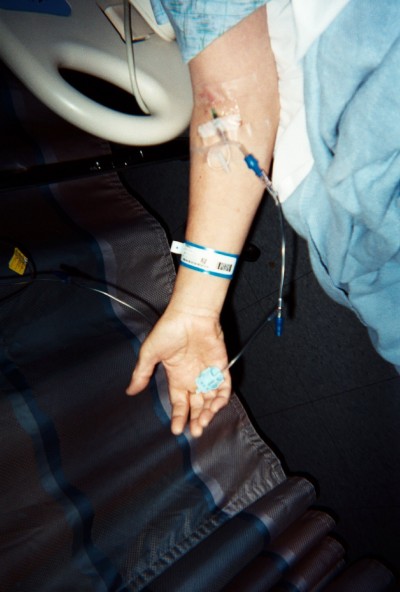 A science fiction/drama about love. Art (Jay Baruchel) and Cody (Sarah Lind) who are in love, hang out together often and talk about some very strong subjects. They also meet some very interesting people around the area, such as a crazy man in a Santa suit, a transsexual, and an unattended little girl dressed like a fairy princess. So far it seems like everything is going well . . .  Art happens to be a druggy who is unemployed and spending his time enjoying his life, mainly because Cody is his only focus.

Anyways, Art comes to Cody’s one night for a visit, only to discover she has overdosed on drugs. After a trip to the hospital, Art learns Cody is now in a coma. As he sits with her, a social worker comes by to do a survey/report on Cody and Art. But soon, after causing a scene, Art gets thrown out of the hospital, his life falling apart.

So he goes to a bar where he meets his hobo friend named Harvey (Jim Byrnes). Harvey says he has a storage shelter for Art to stay at so Art spends the night there and finds all kinds of neat things. One of those things happens to be a an armchair covered in Christmas lights. As Art sits in it, it glows. Things get even weirder when the chair takes him outside into the face of a train. A rather slow train, but whatever.

It just so happens this chair is actually a time machine that Harvey found in a dumpster. After fooling around with the time machine, Art takes himself back to the past when Cody’s problems first came into being. But every trip he takes trying to help out past-time Cody makes her life worse one way or another and things don’t work out, almost leading to Art losing faith in rescuing Cody.

This was rather unique for a movie. The love mixed with science fiction was an interesting touch. Even though the time traveling going awry was kind of overdone (in my opinion), the love story seemed pretty heartwarming. Some of the dialogue was a bit corny and almost seemed improvised, as well as how some minor details were unexplained, but it still was interesting. It’s not often there’s a film original as this one.