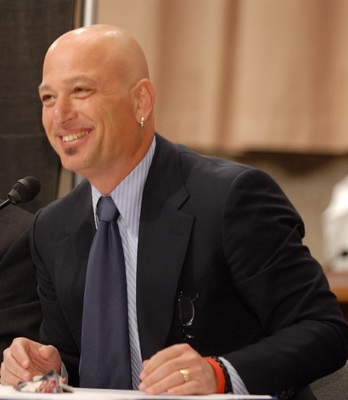 (via CNW) Howie and Alex Mandel partner up working on a new comedy series called The Family Business. Being based on actual experience between the two and their family issues, this series captures both the good and bad times of dealing with an overgrown kid who can’t quite get motivated and instead makes YouTube prank videos to try and make a living. Having been a comedian, author, writer, and actor, Howie has found a new sense for using his creativity to create the series along with his son Alex, who is a YouTube celebrity. “Not since I Love Lucy has there been a sitcom depicting a real life relationship with the real people. I’m so excited for everyone to see The Family Business because I believe it’s the most relatable show I’ve ever done,” Howie has stated. With the pilot streaming at globaltv.com and a viewer survey underway, the show’s future remains to be seen.

In the first episode, it all starts with Alex and his friend Brandon (played by Ely Henry) trying to film a prank involving knocking an apple off Brandon’s head in a disgusting way. Howie interrupts the two demanding to know what’s going on and Alex explains this is his new moneymaking method. Howie shows hatred for this because Alex is doing nothing with his life, but instead living in the family’s guest room. Later on in the evening, Brandon and Alex meet a few chicks while out drinking and bring them back to Howie’s place while Howie and his wife Terry (Kate Vernon) are returning from a live performance of Mamma Mia!. When they notice Alex and Brandon in their underwear wrestling over the last condom, they begin to question Alex’s sexuality.

And remember, Global wants to know what you think of all this.