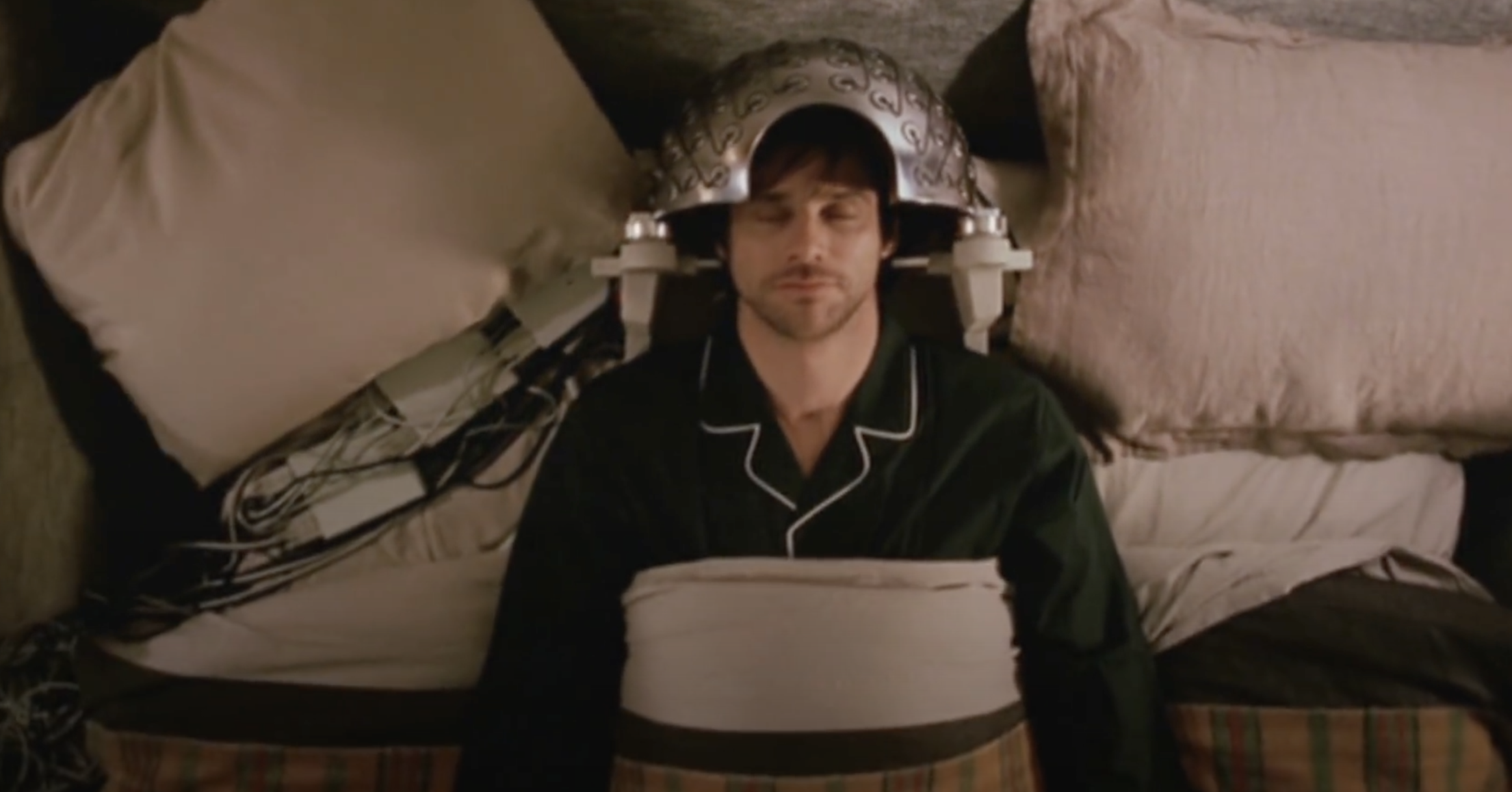 The notion of memory is nothing new to cinema, but when it is the central topic of a film, it can be a tricky concept to tackle. For many years Christopher Nolan’s Memento was the greatest cinematic representation of memory I had ever experienced. Its realistic depiction of a man with short term memory loss was the perfect catalyst for a gripping neo-noir tale with all the twists and turns that are to be expected.

Despite the wealth of potential that the realm of science fiction offers the concept of memory, I found that none had truly fulfilled that promise until I finally got around to watching Michel Gondry’s Eternal Sunshine of the Spotless Mind, which not only exceeds my already lofty expectations, but gives Memento a run for its money.

From the brilliantly enigmatic mind of screenwriter Charlie Kaufman, Eternal Sunshine of the Spotless Mind is a science fiction romantic drama about downbeat introvert Joel Barish (Jim Carrey) who discovers that his ex-girlfriend Clementine Kruczynski (Kate Winslet), with whom he only recently broke up, had him erased from her memory. Wounded by this act, Joel too opts for this procedure, though as his memories of Clementine are in the process of being erased, Joel comes to regret the decision in his head and seeks to hide the remnants of his estranged lover in other memories.

This is a film that possesses an indie quality in the way it is shot, but do not be deceived, there is nothing cheap about this masterclass in filmmaking, where just about every aspect is executed with great skill.

What is initially apparent is the strength of the cast across the board, particularly the leads. Both Carrey and Winslet, at the time, were playing against character, with Carrey delivering an uncharacteristically subdued performance, while Winslet had largely performed in period pieces or dramas, Eternal Sunshine of the Spotless Mind being her first foray into science fiction.

Winslet, who deservedly received an Oscar nomination for her work here, plays Clementine with a charismatic energy imbued by a striking pathos, making for arguably the most complex character of the film. Carrey, meanwhile, delivers one of the finest performances of his career. The actor had already proven his dramatic chops in Miloš Forman’s Man on the Moon, whose uncannily accurate depiction of comic genius Andy Kaufman was criminally overlooked by the Academy Awards. Despite ultimately being a dramatic role, it nonetheless played right into the zany, high-energy performance style that made Carrey one of the biggest movie stars of the 1990s. This is what makes Carrey’s casting in Eternal Sunshine of the Spotless Mind such a masterstroke opposite Winslet; Clementine possesses an energy usually reserved for a typical Carrey character, while Carrey himself finally proves that he is far more versatile than the 1990s would have suggested.

The true star of the show, however, is Kaufman’s exceptional screenplay, based off of a story he developed with Gondry and Pierre Bismuth. In typical Charlie Kaufman fashion, the film starts off as a seemingly normal romantic drama, but then quickly turns into something totally outside the realms of regular thought; it is of a cognitive plane occupied only by Kaufman.

There is, however, the sense that the film gave away a little more than it perhaps should have prior to its superb twist, but this is of little consequence when the narrative nonetheless plays out in other delightfully unexpected ways. What’s more, the material is so passionately realised by Gondry who, along with Spike Jonze, is one of the few directors of a similar wavelength as the visionary Kaufman.

Eternal Sunshine of the Spotless Mind is a cinematic Rubik’s Cube that is something of a mystery in its opening act as the pieces are much like scattered memories, but as Kaufman and Gondry masterfully shift all the moving parts, it produces a consistent medley of thought-provoking themes that reconcile the heart with the mind, a rare quality in cinema.