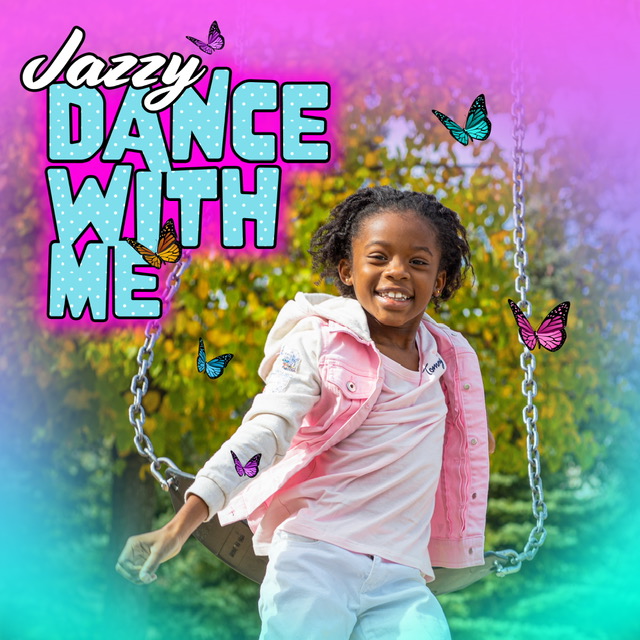 We are all suffering the side effects of the Covid-19 pandemic and shutdown… but most young kids still don’t fully understand all the reasons for all the changes. They want to see their friend’s, they want to go see family and they to had busy lives before this pandemic. Too young to rally, too young to voice their opinions and too young to be heard – but not too young to be impacted by change happening to all of us.

At just 8 years old, a super-hero has emerged to let other kids know that they are being heard and they are not alone. Jazmine Headley, a.k.a. Jazzy, is reaching out to other kids through her music and clothing line, Jazz Me Apparel. She is wise beyond her years and in tune with other kids facing difficult times in their life. A super hero rescues people using their super powers – Jazzy’s biggest super power is her music and her lyrics. She connects with kids because she is a kid… with a positive attitude, a big heart and a fearless attitude.

One example of Jazzy’s great wisdom and big heart came in the form of her first song – it was a dedication to George Floyd. I always believe that the sign of a great artist is the ability to connect with social issues and spread a message that everyone can benefit from. I’m still in shock that Jazzy already knows that and is able to channel it through her music. Her first single, Dance With Me will drop onto the airways on all platforms Nov. 20.

Although singing, playing piano and becoming a recording artist looks impressive on any resume, Jazzy is not your regular human being and she continues to flex her super powers through her clothing line of incredible t-shirts. She created a line of t-shirts for kids with a positive mental health message on the front, intended to cheer other kids up and brighten their mood/day. At 8 years old, she is becoming their sounding board and is getting their message out… that they have feelings too and they also have something to say.

In addition to being an 8 year old Hip Hop artist and running a clothing line, Jazzy has recently become the ambassador for Miss Bonita and Friends this year. The children’s web series is based on the popular children’s books of the same name. Jazzy leads by example and her music is upbeat and fun at a time when kids are looking for a release from Covid-19 restrictions – and parents are looking for positive ways to do that. Jazzy brings her outgoing personality and heart to her role of Mission Bonita Ambassador.  The message she delivers is, ‘be a positive participant in your own life and others.’  Jazzy had recently starred in a free interactive live Mission Bonita Zoom show on Sunday, November 8th.

It was a true joy talking to this very talented wise-beyond-her-years youngster. I tend to talk to adults all the time, so this was very refreshing to hear the perspective on music, clothing and life… from an 8-year old, that has her finger on the pulse of kid’s issues. She just may be running the country someday!

HNM “You are dropping your first new single, Dance With Me. What is the song about?”

JAZZY “Well, I’m a singer and I like to dance; with Covid-19 people aren’t moving, so this song is to tell people to get moving and dance.”

HNM “How old were you when you started making music?”

HNM “How many instruments do you play?”

HNM “Have you ever wanted to try a different instrument?”

JAZZY “I want to try the flute.”

HNM “When you get older, what do you want to do?”

JAZZY “Like, a judge. It was always my dad’s dream to be a judge, but people talked him out of it, because they wanted him to be a basketball player.”

HNM “I know that you recently became the new ambassador for Miss Bonita. How did that happen?”

JAZZY “I dunno. I met aunt Suzanne and I auditioned for Mission Bonita and I got the part.” HNM “Why did you want to audition for the position?”

JAZZY “You’re helping kids going through a rough time in their lives.”

HNM “As the new Ambassador Miss Bonita, what are some of your duties? What would you have to do?”

HNM “Would you rather play the piano or be able to fly?”

JAZZY “Fly… but I enjoy playing the piano.”

HNM “What was your best day of the week and why?”

JAZZY “Yesterday. We got to go down into Toronto, like down, down from Scarborough and I also got to shoot some scenes, for a show called Murdoch Mysteries.”

HNM “Would you prefer to be a singer or an actor?”

HNM “Where do you think you get your singing voice from?”

JAZZY “I don’t know… from God? No one really sings in my family. I’m the only one that sings at every birthday party.”

HNM “Who’s music do you like to listen to?”

HNM “You also have your own clothing line. Can you describe it to me?”

JAZZY “They’re t-shirts. If people are feeling sad, they can get one of the t-shirts. They have something written on them that could make them happy or positive.”

HNM “When does your new song come out?”

What a great time I had talking to Jazzy. If you have young kids, please get them involved in Jazzy’s t-shirts, music and The Miss Bonita show to help them occupy their time in a positive way that helps foster good habits, great attitudes and kindness.