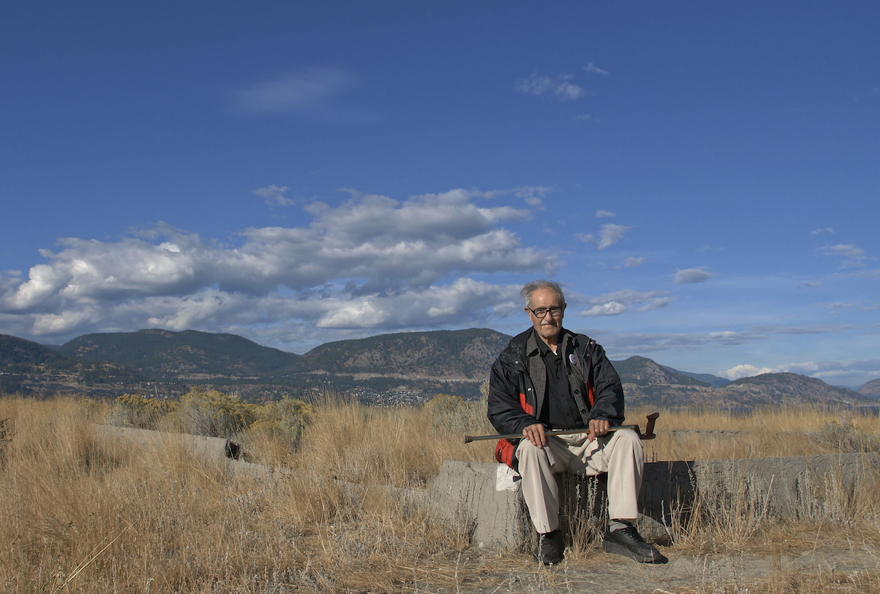 With all the tax dollars poured into stale re-creations of Canadian history on CBC and other CANCON broadcasters, you have to wonder how they managed to miss the riveting adventures of Eddy Haymour. It might have something to do with his less-than-flattering side that drove him to invade a foreign Canadian Embassy and effectively become Canada’s “first terrorist” in the process. But there’s far more to this Lebanese immigrant than his less-than-moral actions some 45 years past indicate. Until a producer grows the spine and the budget necessary to bring his tale to the screen properly, we have Vancouver-based Greg Crompton’s doc Eddy’s Kingdom to acquaint us with the man and the mayhem.

Shipping himself over from Lebanon in 1955, Eddy Haymour had already made $17 from cutting hair on the voyage by the time he landed in Halifax and was eager to make his mark in the northern land of opportunity. Moving west, Haymour planted roots in Edmonton and within a decade became one of the most successful and respected businessmen in town with half a dozen businesses to his name including a barber shop staffed by his brothers and a Kentucky Fried Chicken franchise.

He had raised a family as well, with his wife and three children. When domestic issues boiled over, the family decided to move lock, stock and barrel to BC’s Okanagan where Haymour promptly fell in love with Rattlesnake Island. His entrepreneurial gaze swiftly formed a theme park with a mix of middle eastern, Egyptian, and south asian themes, perfect for his adopted multicultural home. Unfortunately for him, you can’t pull a weed in BC without raising environmental concerns, even in the 1970s. When then-premier W.A.C Bennett sensed the destabilizing influence Haymour was having in his home riding that election year, he used every tool and minister in his arsenal to shut the man and his half-finished park down.

The premier’s pre-election panic may have caused him to hammer too hard as he had Haymour declared legally insane enough to be interred at Riverview Hospital, yet  mentally competent enough to sell the island to the province for peanuts. It’s enough to make anyone’s blood boil and was almost sufficient for Haymour to launch some grenades straight into the Legislative assembly upon his release. A cooler head prevailed, but a hotter one drove him back to Lebanon where he hatched a plan to take over the Canadian Embassy in Lebanon. But if you thought that was the climax, we’re only halfway through this looney story with further legal battles, family drama, and outsized business ventures left to come.

Eddy Haymour is a colourful figure who is utterly impossible to evaluate in terms of black and white. He’ll disarm you one moment and shock you the next. The man himself is given prime real estate in the film to tell his story along with B-roll of him and his daughter Fadwa revisit various stops along memory lane while trying desperately to get current BC Premier John Horgan on the phone. His narrative is balanced by interviews from everyone from his ex-wife, to lawyers to profile author Omar Mouallem who still seems divided on his opinion of the subject making him an unexpected avatar for the audience.

Crompton does an ace job in introducing Canada’s NSFW immigrant story. In less than 85 minutes we are treated to a smooth cocktail of interviews, recreations and archival clips. In fact it’s so well done that I am frankly flabbergasted as to why Crompton nearly derails the proceedings by resorting one of the most ill-advised storytelling techniques in the history of non-fiction cinema. Several instances in the doc feature a half-assed 1970s new clip recreation so inept that it would make a high schools news station run for cover. It’s so obviously not the real thing compared to the genuine news clips utilized elsewhere and one has to wonder what the hell Crompton was thinking as it distracts the flow and hurts the story;s credibility. Surely an audio-only recreation could have been used in the absence of adequate archival material.

Haymour is a flawed man so it’s almost fitting that a portrait of him comes off less than flwless. Shortcomings aside, Eddy’s Kingdom is a prime portrait into a man cheated by the system and took the road through crazy town on the way to justice. It’s up to the viewer to decide whether he was victim or a monster. If only the Premier will return his calls.

Eddy’s Kingdom screens as part of a virtual DOXA available to view anytime between June 18 to 26.