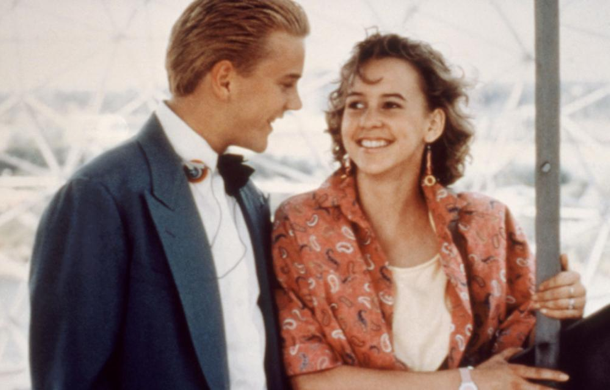 I was once at a video store (remember those?) with my father when we came upon the Canada section. He remarked that he had difficulty coming up with a single Canadian-produced film that wasn’t relentlessly dark or depressing. Being faced with the oeuvre of body horror maestro David Cronenberg and the alienating melodramas of festival-darling Atom Egoyan, I was able to pick out only five or six titles that were unlikely to send the viewer over the edge of a cliff.

Not long after this, I was surfing through the cable movie channels late one night (this is usually when they air the Canadian content mandated by the CRTC) when an old 80s title starring Kiefer Sutherland caught my eye. I started watching for the kooky offbeat tone and stayed for the delightful love story that followed in 1986’s Crazy Moon.

Brooks (Sutherland) is the eccentric teenage son of a Montreal millionaire who seems to have been born in the wrong decade. Isolated from his disapproving father (Ken Pogue) and doormat for his cocaine-snorting brother Cleveland (Peter Spence), bowtie-wearing Brooks spends his days listening to big band music, taking black and white photos, riding his sidecar-equipped motorcycle and collecting mannequins. It’s on an errand for the latter hobby that he first runs into Anne (Vanessa Vaughan), a sales clerk who at first seems content to ignore him, but in fact turns out to be deaf. Anne has rarely socialized outside her school for the hearing impaired, but she and Brooks are soon smitten with each other.

As these two outcasts spend more time together, they each begin to grow as Anne helps Brooks overcome his fear of swimming and he in turn helps to improve her speech which she has been struggling with her whole life. Although Anne has embraced Brooks and his eccentricities, his family has not and they swiftly call in a shrink to straighten him out lest he disgrace the family name. Combine this with Anne planning to take a solo trip to Europe, and Brooks must learn to stand on his own two feet and learn the true meaning of selfless love.

Known to most of the world as a consummate badass defending America on the small screen (24 & Designated Survivor), Kiefer Sutherland plays a rare against-type here as the shy, oddball Brooks. While I get the feeling he was uncomfortable in the role at times, this has the effect of adding to his awkwardness as a preppy 1930s boy stuck in the flashy excess of the 1980s. Vanessa Vaughan doesn’t need to feign hearing impairment as she is deaf in real life. She’s a delightful presence here and her chemistry with Surtherland is easily the film’s best feature.

The film boasts the best mix of old-time swing and 80s new wave rock this side of Xanadu (the latter mostly courtesy of Montreal synthpop group Rational Youth who also make a cameo). The 1937 hit “Boo-Hoo” is particularly featured. Originally popularized by Guy Lombardo and His Royal Canadians, the Russ Morgan cover is used here instead.

Montreal is given a nice showcase with the Jacques Cartier Bridge, the post-Expo Biosphere, and the city’s unique outdoor spiral stairway-sporting apartments all featured. One has to wonder where all the francophones have gone though as all the dialogue is in English with only one minor character (and a bully at that) sporting a Quebecois accent.

While often enchanting, Crazy Moon often struggles to prioritize character over caricature. Most of the supporting characters are woefully shortchanged and Peter Spence as Brook’s obnoxious brother comes off a little too one-dimensional for my taste. A few more scenes developing the characters around our two leads would have proved beneficial.

All in all, Crazy Moon is a light, quirky romance that mixes just the right amount of classic screwball comedy with the spirit of John Hughes. Sadly, the film doesn’t appear to have been released on DVD or Blu-Ray in North America. If you’re lucky enough to come across a VHS copy, it’s more than worth digging out your VCR for Valentines Day.