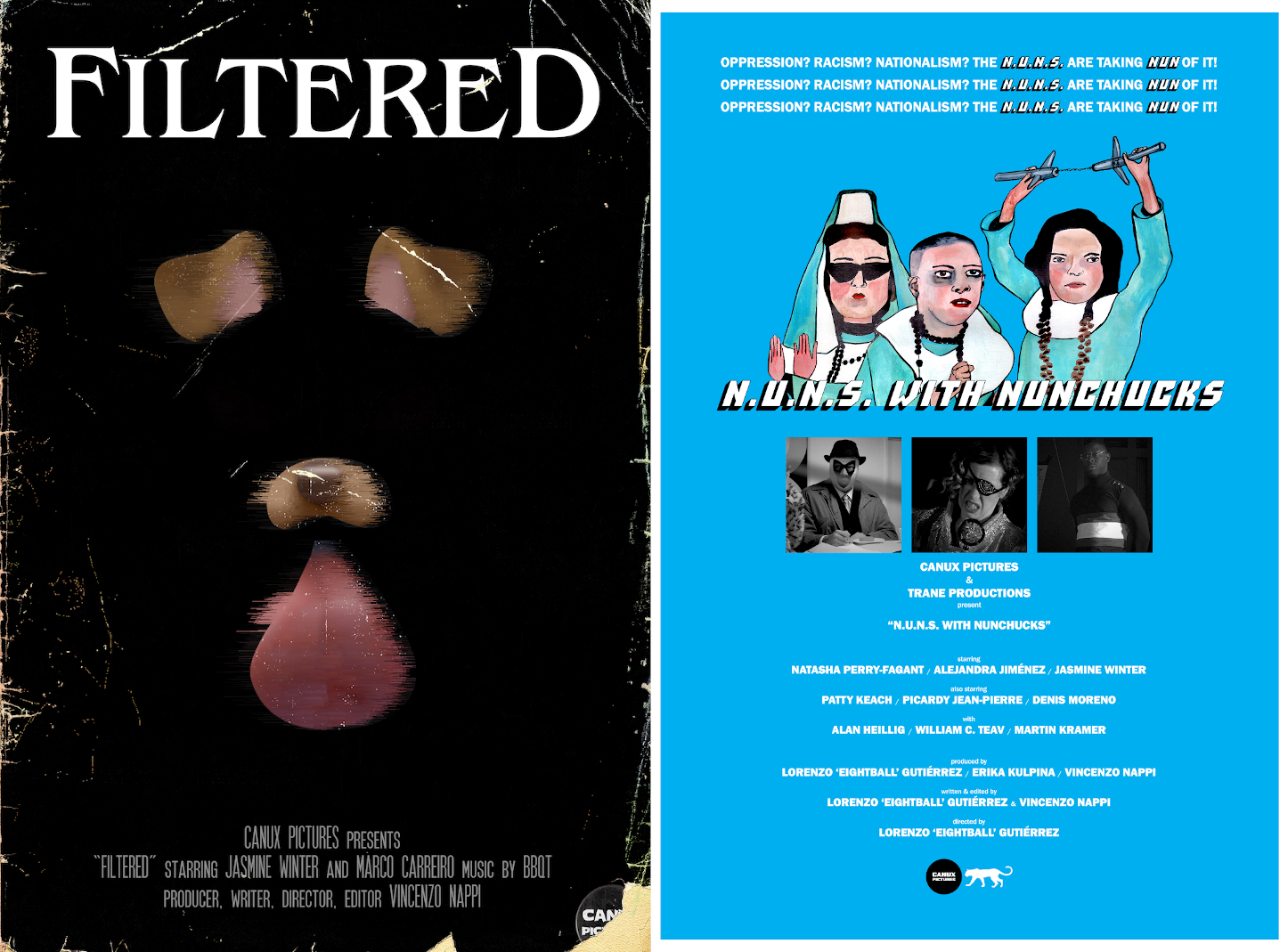 Recently, I tried my hand at reviewing something from out of the country that was premiering in the country. The country of Canada, that is. It’s what we do. While it hasn’t been a long time since I’ve done a review, it’s been an even longer time since I reviewed two films at once. Especially of the short film variety. It was about time I got back to this for the first time in a long time. Luckily for me, Canadian film studio Canux Pictures gave me some good worthwhile content for me to watch and discuss. So for the first time since, I don’t know when, a Twoview for You to View.

Filtered – Have you ever noticed how everyone adds filters to their pictures and video calls on social media? Just because of that, they think they’re editing experts. I went to Art Institute to learn that kind of stuff through the torturous course of Compositing for Digital Film, There we learned the toughness of manual motion tracking and thankfully we didn’t get stuck with the dreadful work of adding all those annoying things like animal features or creepy faces. But anyways, Filtered is your simple short film taking place on a desktop kind of like those Alan Becker animations I grew up with and enjoyed. It goes straight to a video call between our two only characters, Jasmine Winter and Marco Carreiro. What starts out as a silly chat becomes a creepy unsettling vibe when Marco decides to show off his filters and then… I can’t describe what else, let’s just say it was strange. It’s a good simple enough short film to freak you out…

… and possibly make you never try out filters again. I mean, I never use them anyway.

N.U.N.S. with Nunchucks – Okay, I don’t know what to think of this one, it kind of reminds me of some online advertisement or meme I saw. This film takes place in an interesting time when Catholics in Quebec are incredibly racist and planning to abolish all immigrants along with their religions from existence. One thing they don’t count on though is the National Union of National Spies. Members Freda (Alejandra Jimenez) and Lucille (Jasmine Winter) hire wrestler Betty Powell (Natasha Perry-Fagnant), only for her to refuse. However, when her manager is delivered via mail as a corpse, Betty joins forces with the spies where she learns about Versacon (Patty Keach), who is leading the Catholic Association of Quebec. With her newfound teammates they disguise themselves as Nuns and sneak into the Vatican. Do they truly succeed though? It’s more or less a mystery. That’s kind of what the short film is like. It ends on a cliffhanger, and as far as short film cliffhangers go, I never find out what happens next. It’s a little bit of Cowboy Bebop, some of my mother’s personality (she’s a self-proclaimed badass), and a whole load of awesome to check out.