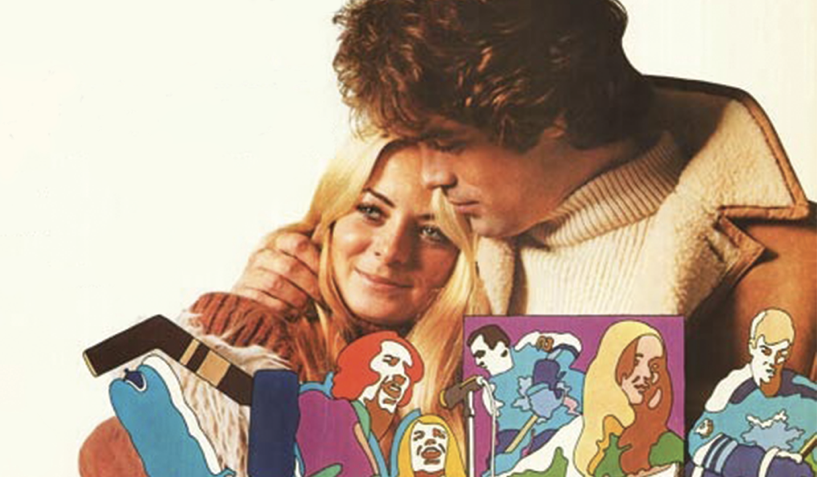 Never in my recent memory has anything caused the entire wide world of sports to shut down like Covid-19. This outta-control virus has cancelled seemingly everything in its path from NBA to even the mighty Olympics which were just forced to shutter as of this writing. The biggest hole of all in the Canadian sports calendar is undoubtedly the loss of the NHL regular season. Not since the lockout of 2004-05 has the ice seemed this dry. With an uncertain future, there’s never been a better time to mine the sport’s past and you’d be hard-pressed to find a better time capsule than the 1971 cheese-fest, Face-Off.

Not to be confused with the Cage and Travolta face-swapping saga of the same name, the film is the quintessential Canadian dream. Young Billy Duke (Art Hindle) has trained to be a pro-hockey player his entire life, working his way from the frozen ponds of Northern Ontario to a steady gig in the minor leagues. When the Toronto Maple Leafs come calling with a million-dollar contract, it seems Billy has finally made it to the big-time. And with the dazzling lead-singer of an up and coming rock group, Sherri (Trudy Young) on his arm, it seems nothing can go wrong.

But that would make for a rather boring drama so when a rift consisting of Billy’s swelling head at success and Sherri’s drug use begins to form, things begin to unravel faster than a Stanley Cup riot. With Billy’s hard-knuckled coach (John Vernon) on one side and a rival for Sherri’s affections (Frank Moore) on the other, they’ll each have to decide which is more important in their lives: love of the game or of each other.

There’s no getting around it. Face-Off is a cliche-ridden, drug store paperback of a movie from start to finish. Perhaps it’s because the same story beats have been covered in a million made-for-TV movies hence, but almost every move on this dollar-store chess board can be foreseen. Pray your liver doesn’t have to suffer through that drinking game.

If the predictability wasn’t bad enough, the film leaves it’s audience with such a hollow, downer of an ending that it might even turn you off hockey for a while. Didn’t the Maple Leafs take enough fictional flack from The Hockey Sweater (and contemporary Canadian culture for that matter)?

Like I said at the beginning, the film’s real selling point to contemporary audiences is the marvellous depiction of old-school professional hockey. Real-life NHL games featuring the Maple Leafs, Canadiens, Bruins, Red Wings and more were expertly captured by the film crew as they followed the 1970-1971 season on the road. It was a different time where actual sweaters were worn on the ice and helmets were not. The latter would’ve helped hide Art Hindle’s rather obvious hockey double though.

It almost helps to view Face-Off as an awkwardly staged old-school reality show than an exercise in actual human drama. Narrative filmmaking was still rather young in Canada at the time and noticeably more patriotic before the tax shelter era kicked in and the Hollywood knock-offs began. Even if moviegoers don’t find much to chew on here, hardcore hockey aficionados certainly will.