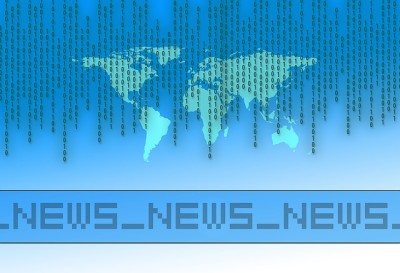 Any sports fan will usually be able to name the celebrity fans of their favorite team, whether it is rapper Drake sitting courtside during Toronto Raptors NBA games or Bill Murray taking to the stands supporting the Chicago Cubs. There has always been a link between the biggest sports stars and major celebrities, whether it was actor Jack Nicholson attending every possible L.A. Lakers games in the 1990s or soccer star David Beckham striking up a friendship with Snoop Dogg, the two worlds have always collided. In the 21st-century, the sporting landscape has shifted to bring Esports into the aims of celebrities who are looking at this as one of the biggest investment opportunities available and Esporting betting sites such as Gamopo.com, is where the next wave of celebrities will invest.

Esports has a Longer History than you think

The Esports sector may seem like a new entrant on the scene, but video gaming competitions have been used in the competition since the computing era began in earnest in the early-1970s. Way back in 1972, the first known gaming competition took place at Stanford University with students playing the game Spacewar. The question most of us have is how has gaming become such a huge part of modern life with celebrities flocking to invest in each league, team, and betting platform?

From the early contests of the 1970s and the first Space Invaderscontest in the 1980s, the desire for more sports has grown over the last few decades. It is only in the last 20 years that the spectacular rise of Esports and its celebrity links have begun to push forward into a multi-billion dollar industry that now rivals traditional sports around the world. Along with the celebrity involvement in esports, traditional sporting organizations have begun to take an interest in sponsoring their teams. Top European soccer clubs have been among the first to see the potential in esports team sponsorship and ownership. Among those who have leaped esports ownership are Manchester City and Paris St. Germain soccer teams while the owner of Aston Villa of the English Premier League, Wes Edens has purchased the FlyQuest team that competes in League of Legends.

One of the main reasons for the growing link between celebrities and gaming is the different ways the media is being consumed in this digital age. As the cord to the traditional media is cit by millions of people who are turning to stream services instead of television for their entertainment and news, gaming is becoming a community event. Hollywood North Magazine explains the success of the new ways of gaming in the 21st-century will be accompanied by a move for Gen Z members to pay for content online. The gaming industry is growing all the time with Twitch and YouTube driving the rise of the gaming community that can bring a whole host of new fans to celebrities who become involved.

Keanu Reeves has been one of the first to push forward with a higher profile in the gaming community moving far beyond his involvement in some successful gaming franchises. There seems to be little coincidence between the resurgence in the career of Reeves at the Hollywood box office and his decision to attend the E3 convention beloved by millions of gamers. What seems to have set Reeves apart from other Hollywood A-listers who have provided their voice and image for gaming platforms is his embrace of the sector as a way of remaining relevant in popular culture.

One of the main reasons why celebrities and sports franchise owners are flocking to the world of esports is their understanding of how to package and build on a community that has yet to reach its earning potential. Sports stars including basketball’s Steph Curry and former NFL great Steve Young came together to take ownership of TSM, a gaming company bringing teams to the League of Legends and Fortnite platforms. The arrival of the sports stars as owners of the company was followed by the announcement of plans to build an esports complex in Los Angeles of up to 20,000 square feet, according to NBC.

Esports is a great way for celebrities, including Sean “P.Diddy” Combs to expand their business empire, but it also gives many celebrities a link to a new generation of fans. Drake showed the world how a simple game of Fortnitealongside the legendary Ninja could raise his profile among a group of gamers who may be younger than his usual fan demographic. For celebrities, it is vital the correct choices are made to make sure the right investment is chosen to extend their success in the future. NFL superstar Odell Beckham Jr. may be a big name in the U.S. and among fans of the Madden franchise, but his stick rose around the world with publicity driven game of the soccer game, FIFAthat also featured the rapper, A$AP Rocky to bring a whole host of new fans to the wide receiver and build his global brand.