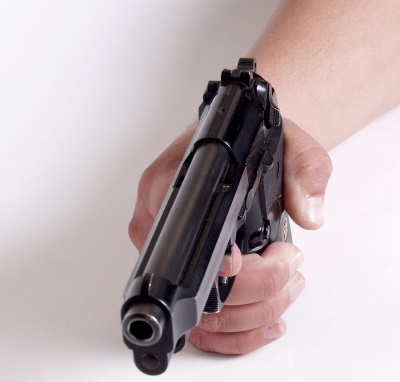 I decided to try a film that was shorter and not too awkward this time around. I watched a drama called Chocolate Milkshake from 2014.

It starts out with two girls, Muti (Marina Bruno) and Sophia (Jessica Reinboldt) sitting on a farm fence and covered in blood. Muti complains that where she lived was too cold for the summer “Two degrees. The whole year. The birds didn’t even migrate back from the south.” Sophia then describes birds and wonders why they’ve never gone outside routine. Eventually, after talking a while, they bring the corpse of a victim into a barn, thus explaining the bloodstains.

After the opening credits roll, we’re introduced to a mysterious stranger (Randy Mars) who describes some of his past life. Then, flashing back to 20 years ago, a young boy named Luigi (Mathieu Roy) steps into a corner store. He and the cashier (Carlo Bruno) talk about a song on the radio that sounded like background music from Spongebob. After traveling a while and reading a newspaper Luigi discovers a new senator named Harry Connors (Joshua Cafazzo) who wants to take his father’s place.

Meanwhile, Harry Connors is driving through some farmland being an obnoxious nerd. Once his car hits a dog, he has to find a way to save the dog, and doesn’t quite do it, let’s say. Eventually, Luigi comes across the two girls from the beginning. Things get intense from there.

I have to say I actually enjoyed this shortish film. For someone (Marina Bruno) who was director, camera operator, and actor all at the same time, that was well done. I found this a bit humorous too.