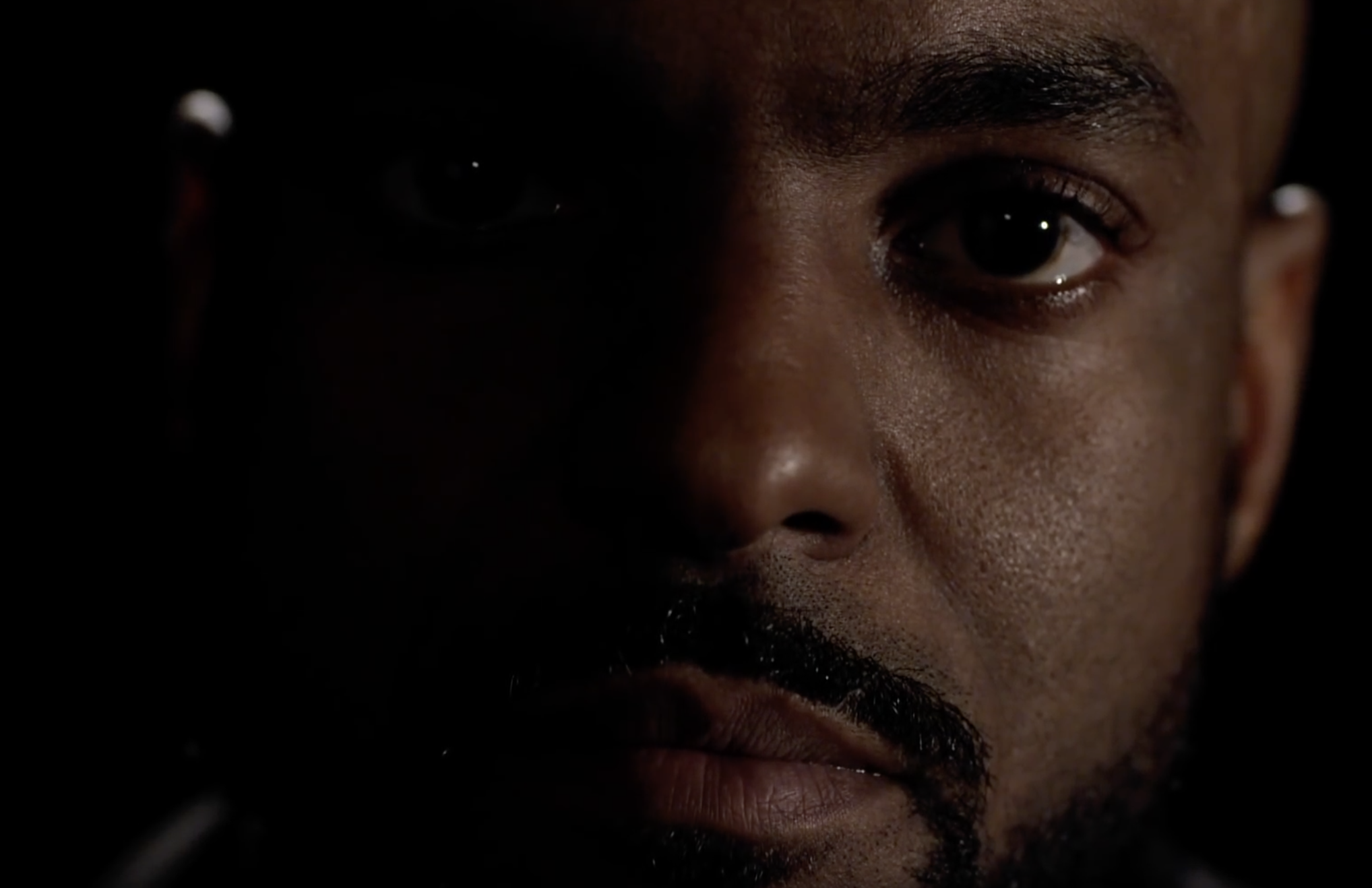 I am a pretty big fan of Trailer Park Boys, having written before about the show being one of Canada’s greatest exports…though I am sure many would disagree. The production can be hammy and noticeably low budget, while some of the acting is just plain awful, but this all adds to the show’s innately charming hilarity, as it is aware of what it is and does not pretend to be otherwise.

This prior knowledge made my experience with 2017’s fiery Black Cop a surprising one then, as it was written and directed by Cory Bowles, who is one half of the dim-witted duo that is Cory and Trevor (you can guess which one he plays) from Trailer Park Boys. I understand it might seem unfair to pigeonhole anyone into a single genre (especially if the likes of Adam Sandler can occasionally proves his critics wrong), but without having encountered any other body of work by Bowles for reference, it is one thing to be surprised at the avoidance of his comedic comfort zone, but it is another thing entirely to be so taken aback at how accomplished this bold move is for the first-time writer/director.

Set in an unnamed Canadian city, the film depicts an African American police officer, known only to the audience as Black Cop (Ronnie Rowe), who becomes disillusioned by the very force he works for after he is stopped by police while off duty for racially charged motives. Visibly upset by what transpired, the moment sets off a chain of events where Black Cop reverses the roles of what he sees as a racial divide by singling out and harassing white civilians for no reason beyond the colour of their skin.

The realisation of such a risqué concept could have gone wrong for Bowles at so many moments, and at times I thought it had, especially with some of the writer/director’s more eclectic creative choices. Bowles’ implementation of the talking head interview technique at certain moments does achieve his intended goal of revealing Black Cop’s introverted character traits in impactful ways.

However, when he starts to intercut between Black Cop surreally performing like a circus ring leader in the interview room and assaulting citizens, or anything other than revealing his innermost demons, Bowles is in danger of undermining his own creative intentions. Thankfully, it never quite comes to that point, as the film’s overall delivery prevents it from buckling under its weighty subject matter.

Black Cop is at its most compelling when the titular character is at war with himself and the various identities with which he must come to terms. As he resonantly points out, “My black is not your black,” though he is not only differentiating between the individual and collective black experience, but also the perspective of ethnicities outside the black community. Black Cop somehow manages to both separate and unite the human experience, and the lead character is the perfect embodiment of the myriad of racial and social ideals that are at play, with Rowe’s impassioned performance acting as a sobering driver for these principles.

When Black Cop first begins assaulting and harassing white civilians, it did admittedly arouse a sense of discomfort that I had initially thought to be a result of miscalculation on Bowles’ part, but I later realised this is exactly his intention. These sequences are not intended to make a statement so much as to provoke thought. I greatly admire Bowles’ patience in resisting the urge to immediately explain himself, allowing the story to naturally play out as he had intended, culminating almost seamlessly into a closing act that is as personal as it is grand sweeping in its commentary on the difficulties of race relations.

This film is as thematically complex as it sounds and can get lost in the intricacy of its own dialogue, segueing from one philosophical thought to another, which tends to blunt the delivery of undeniably eye-opening perspectives that Bowles is vicariously expressing through his lead character.

Black Cop is also further hampered by cinematography that occasionally alternates between lower definition body or car camera shots and high definition shots, which can be jarring to the point of removing me from the experience. There is a reason why David Ayer avoids this mix of camera qualities in the brilliant police action thriller End of Watch.

Despite this, much like any of Bowles’ other questionable creative choices, such issues do little to distract from what is an admirable directorial debut from a thought-provoking filmmaker. Few filmmakers are so bold as to begin their filmmaking career with such heady, complex material, much less with such cohesive results. There are still some more outlandish aspects to Bowles’ style that do not quite stick the landing, but the writer/director is off to a great start, and it will be interesting to see what issues he tackles next with his unique approach to social commentary.