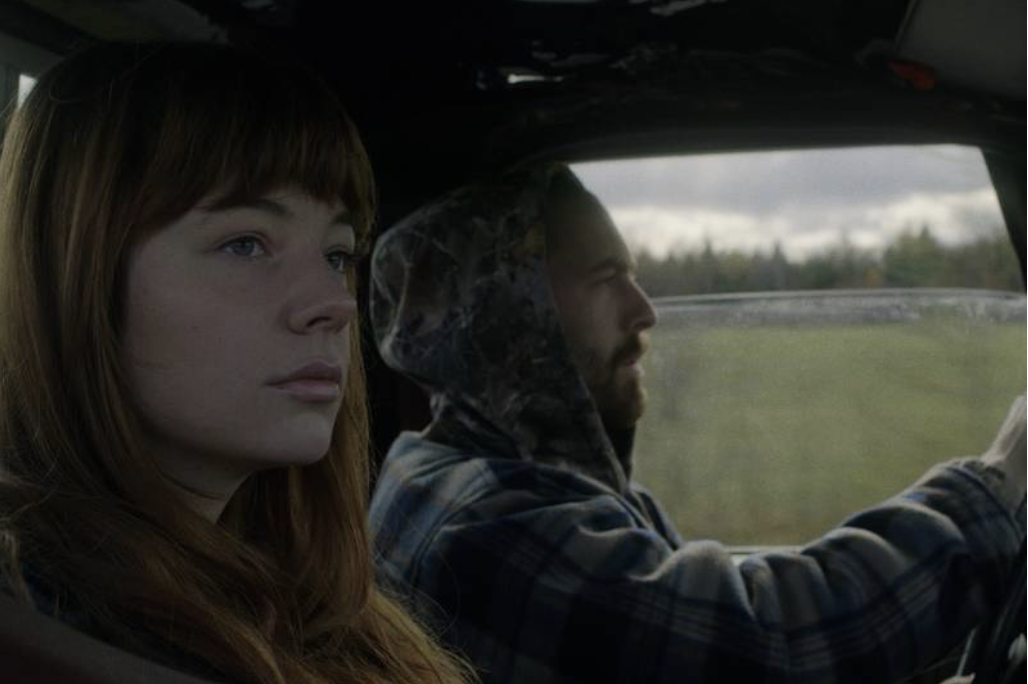 Justin Oakey has been crafting what both he and this site have described as “Newfoundland Noir”, dark and shadowy depictions of intense characters and situations among the stormy maritimes. Oakey follows up previous efforts Flankers and Riverhead with his sophomore feature, A Fire in the Cold Season.

Grizzled outdoorsman Scott (Stephen Oates) spends most of his time in the backcountry trapping furs. He finds bigger game than expected one day in the form of the deceased Keith (Justin McCormack) who has washed up on the creek shore.

Feeling a nagging sense of responsibility, Scott tracks down Keith’s widow Mona (Michaela Kurimsky) and offers to help her out while not exactly being forthcoming of how he knows her deceased partner. While cold as the winter to him at first, she gradually warms to his offers of firewood and companionship.

But this wouldn’t be Noir if shady dealings weren’t afoot and shady characters soon start clawing their way out of the woodwork, wondering both where Keith has stashed some valuable items and whether the guy is really dead. Chief among these is Cotton (Stephen Lush) who doesn’t take kindly to overdue debts and broken promises. It all comes to a head as tempers flare, plans are thwarted and gun smoke mixes with cold breath, each of which may be their last.

Oakley’s picture is a triumph visually, chillingly framing the unforgiving landscape while making great use of drone aerials along the way. It’s also a complete and utter bore narratively. Even the standout performances of Lush and Kurimsky can’t save a screenplay that ambles along endlessly before it finally gets going. Even when it manages to generate some excitement in the final act, the denouement leaves the audience more hollow than an empty gun barrel.

The material here may have been better served if had been rendered in shorter form as Fire in the Cold Season can’t capably sustain its feature-length. If you’re eager to see Newfoundland on screen, you’re better off with reruns of Republic of Doyle or Hudson & Rex while letting this fire burn itself out.