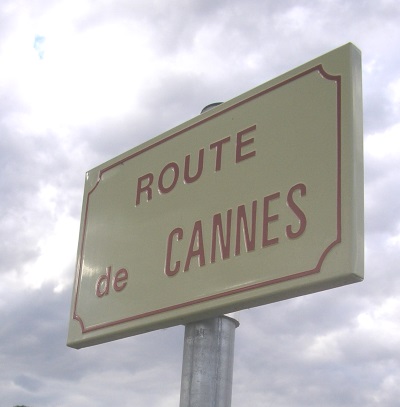 Canada is blessed to have several great filmmakers who have made their name in the industry and have gone from nothing to everything. Some of these people have been recognized with several awards, including the Lifetime Achievement Award. In this article, we will be discussing and celebrating some of Canada’s most recognized filmmakers.

One of the first names that come to your mind when you think of directors from Canada is David Cronenberg. He has deservedly gotten more nominations for ‘Best Director’ more times than you would have imagined. He earned his spot each time, and he continues to do that on every project. Cronenberg built his reputation in the horror movie genre with movies like ‘The Brood’ and ‘Dead Ringers.’ He has also worked with some of the best actors in Hollywood, including names like Julianne Moore, Robert Pattinson, and Viggo Mortenson. Apart from his appointment as an Officer of the Order of Canada, he has also received several awards, including a Lifetime Achievement Award in 2006, at Cannes Film Festival.

According to an article in Brillassignment, Deepa Mehta’s name has become a household name in Canada’s movie industry. She hails from Punjab, India, and studied philosophy, but she made the career change by making short documentary movies before moving to Canada in 1973. She started her screenwriting career for children’s movies in Canada and also continued with her documentaries. She made her directorial debut with Sam & Me, which got an honorable mention at the Cannes Film Festival in 1991.

Since then, she has had 12 features, including her element trilogy: Fire – 1996, Earth – 1998, and Water – 2005. The trilogy Water was featured at the Toronto International Film Festival in 2005 and was nominated in the Best Foreign Language Film Academy Award category. She also received the Governor General’s Award for Lifetime Artistic Achievement, among many other awards that have colored her beautiful career.

This is one of the biggest names in the world of movie directing. Without a doubt, James is the most successful director to ever come out of Canada. This Ontario-born director is the name behind big movie hits like ‘Terminator,’ ‘True Lies,’ and ‘Aliens.’ However, his work on Titanic got him three nominations at the Academy Awards: Best Director, Film Editing, and Best Picture, all of which he won. He was also the director behind ‘Avatar,’ which smashed several box office records, including the one set by Titanic to become the world’s highest-grossing movie ever. When it comes to commercial success, no one comes close to Cameron. Not with Titanic and Avatar in the picture.

Sarah Polley is a popular figure in the Canadian movie industry because of her roles as an actress for four. She made her film debut in 1985 in the One Magic Christmas movie and her lead roles in The Adventures of Baron Munchausen (1988) and Road to Avonlea (1960-1966). She also had her works locally (with David Cronenberg’s eXistenZ and The Sweet Hereafter by Atom Egoyan) and internationally (with Gilliam and Doug Liman’s Go), which secured her emotional reputation as an intelligent and intuitive young actor. However, she made the switch to directing in 1999 after directing a short movie. She attended the Director’s Lab at the Canadian Film Centre. One of her short films: I Shout Love, in 2001 was screened at Tiff, and she won the Genie Award in 2003 for Best Live Action Short Drama.

Now Polley is a movie writer and director, and she already has two original features: Away from Her (2006) and Take This Waltz (2011) and a documentary: Stories We Tell (2012). The movie, Away From Her is an adaptation of Alice Munro’s short story, The Bear Came Over the Mountain, and was nominated for the Academy Awards in 2008 under the Best Adapted Screenplay category. Her other movie, Stories We Tell, chronicled her search for her father’s identity. It also won the prize for the Best Feature-Length Documentary at the Canadian Screen Awards in 2013 and the Best Canadian Film at the Toronto Film Critics Association. She has also served as the showrunner for Alias Grace, the CBC miniseries adaptation for the 1996 novel by Margaret Atwood.

Many filmmakers from Canada have put their names on the map for all the right reasons and have deservedly received their recognition. This article discusses some of the best filmmakers from this country, such as Sarah Polley, Deepa Mehta, David Cronenberg, and James Cameron, who directed movies such as Titanic, Avatar, and Terminator.

Eliza Sadler is a professional journalist with extensive experience, four years, working for professional paper writing services and essay writing service UK. She also works as a freelancer and writes a lot of articles. She always focused on doing quality work to achieve her goals and objectives. Eliza is fascinated by the ability to create original works that meet high standards. Feel free to connect with her by email.